Fabienne Kanor is a French writer and director currently in residence in New Orleans. Her novel, Humus, will be, for the first time, translated in English and shown on stage, with the help of Prof. Jean Brager from LSU. Take a look at our exclusive portrait of Ms. Kanor, where she discusses her work and her new collaborative project. 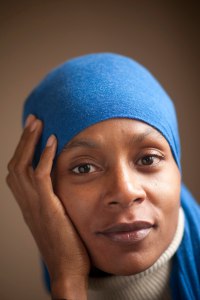 You are an artist in residence for six months in New Orleans. You have an address in France, an address in Martinique, and ties in Africa. Where do you call home?

I asked myself the same question once before and do you know the first name that came into my mind? Orleans. Not the new one, where I am now, but the old one, the original, where I was born and grew up. While it is true that I wouldn’t like living there, when I pass by there is something there that is reassuring, peaceful, eternal. It is without a doubt the only place where I can stay in my sweater and slippers, accept to leave the television on all day, bear to spend hours around a well-stocked table in the company of my few cousins and my aunts.

You are credited with numerous books and several documentary films. How did you get started?

After studying literature and communication, I worked for different media outlets (television, radio, written press) as a journalist, editorial assistant, and animator. All these activities allowed me to travel and to realize how much I loved not only to hear, but also to tell stories. It’s at Nova (city magazine and radio station) that I truly began my career as a storyteller. I was in charge of a section called “Black Nights” when, joined by a photographer, I foamed at the mouth visiting Afro-Caribbean locations in Paris collecting the stories of ordinary people. I loved writing these portraits. I loved to extrapolate, to romanticize, and to convert, on paper, the many people I met, into characters.

You recently received the Prix Carbet from the Institut du Tout-Monde this past December in Havana for your novel Faire l’aventure. What does this award represent to you?

It must have been noon when the Guadeloupean writer Ernest Pépin called me to tell me the news. He was already there, in Cuba, surrounded by writers and personalities of the intellectual world that I respect. So he called me from this place where I’m from and that pours through my novels still today. This award warms my heart for at least two reasons. First, because it is a great, wonderful man who created it, Edouard Glissant. Then, because it is international, it is not confined to one small region but "regarded" in the same esteem in Cuba, Guadeloupe, Haiti, Guyana, Venezuela, Martinique, etc. It says, shows, reflects what I am: a writer who walks the world.

What are you doing in Louisiana?

My time in Louisiana will be short. This is a place that catches you, you take as much as it will give, but it will not let you go. My history with this area began in 2009. I was invited to speak at a conference at LSU in Baton Rouge. I was only there for three weeks, but it was as if I’d always been there, like I knew that I would be coming back. I returned in 2013 for two weeks. A brief trip that allowed me to develop a project for a novel. This book to come, that I began working on, will speak on the subjects of slavery, racial tension, lost memory, protecting oneself, hidden pleasures, spoiled lands, anger, resentment, and brotherhood. This will be a novel reminiscent of Mississippi, with plenty of silt, floating things, mist, and currents. The grant that I received from the Centre National du Livre for this project will allow me to extend my stay and soak up the feel of this area.

In the streets, as I only travel by bike. In the Tremé, where I have been lucky enough to live since December. At Café Istanbul, where I like to visit regularly to meet and listen to people, and where the director Jean Brager will begin showing the adaptation of my work, Humus, onstage. And at the Alliance Francaise each saturday morning where I conduct a two hour workshop on writing. 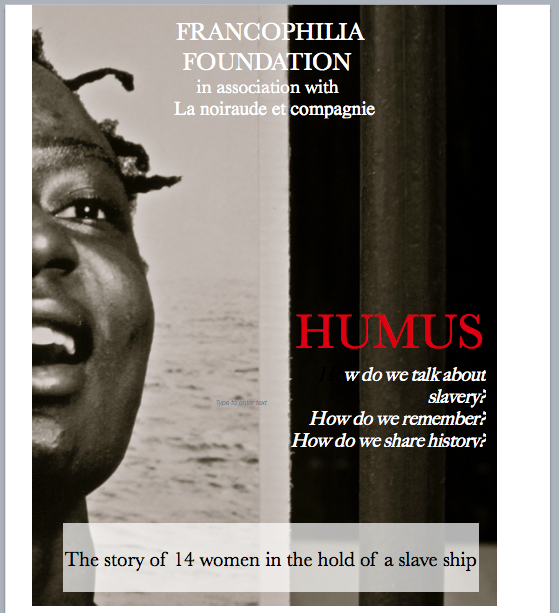 FabienneKanor.com Read a excerpt of Humus in English Information on the Prix Carbet