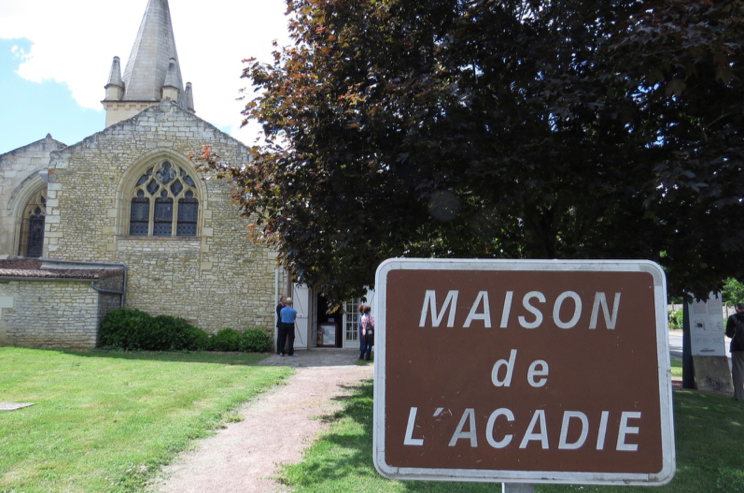 Acadian and Cajuns of North America will join together in a France Heritage Tour for an opportunity to experience the regions where Acadians of origin lived before coming to North America to colonize the French territory called, Acadie. This is a unique opportunity for participants to learn more about the Acadian French roots by taking part in an Acadian Heritage Tour de France from June 3rd through 16th. The tour is specifically designed to cater to Cajuns and Acadians to help them experience their 400 years of heritage by bringing to them the sites where the first Acadians families came from: La Chaussé, Martaizé, D’Aulnay, Saint-Malo, La Rochelle.

It is an incredible experience as participants will walk in the actual streets of their ancestors and see what they saw everyday as most the French architecture has stayed intact over 400 years. They will also kneel in the same church where their ancestors prayed before leaving for the New World and founding the French colony of Acadie (now province of Nova Scotia, Canada).

Cajun Heritage in France Fast-forward 100 years later, many Acadians were directly or indirectly deported from Acadie to France during the tragic 1755 expulsion or ‘Grand Dérangement’. During their exile in France, they temporarily settled in towns such as Châtellerault, Archigny, Belle-Île-en-mer, Saint-Malo and Nantes before departing on another cross-Atlantic trip to return to North America, but this time, to… Louisiana ! The tour group will also explore this important era in Cajun-Acadian history. Just imagine the impact this will have on the Cajuns who will experience Acadians who are still in these regions and see where their ancestors departed for Louisiana!

The French Culture and Language To truly experience the French culture, many meetings, meals and special activities will be shared with Frenchman and French Acadian citizens and local historians who will join the group along the way. French cuisine, music, architecture will also be featured along with several world famous tourist sites such as the Château de Blois, the Mont Saint-Michel, the coast of Normandy and the city of Paris.