The Consulate General of France in Tangiers and Louisiana conducted a joint-interview of Teddy Pickett, New Orleans based singer-songwriter, and Frank-Yann, producing artist from Tangiers who worked together to produce a new song, “Hey There Long Ago.” 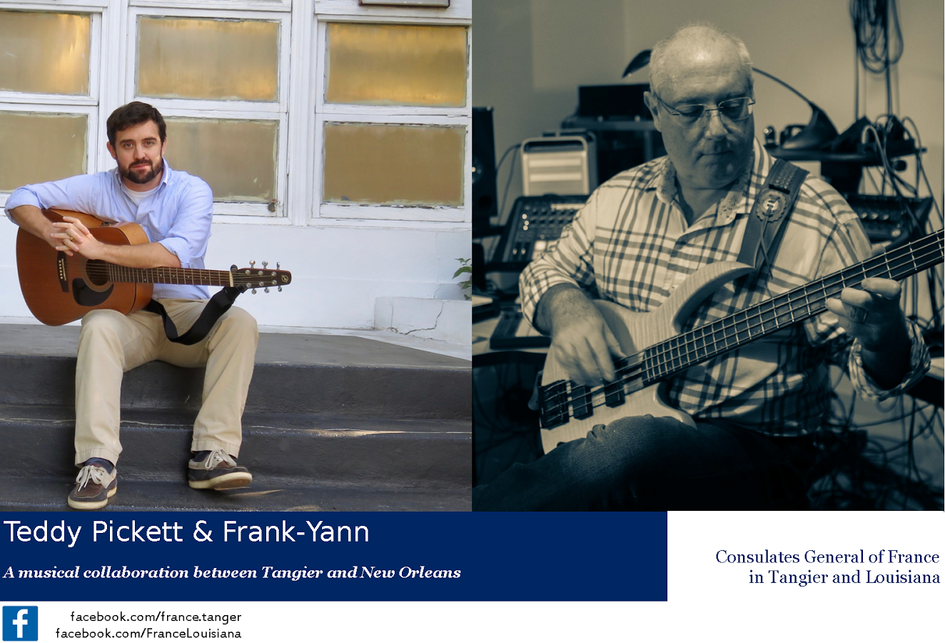 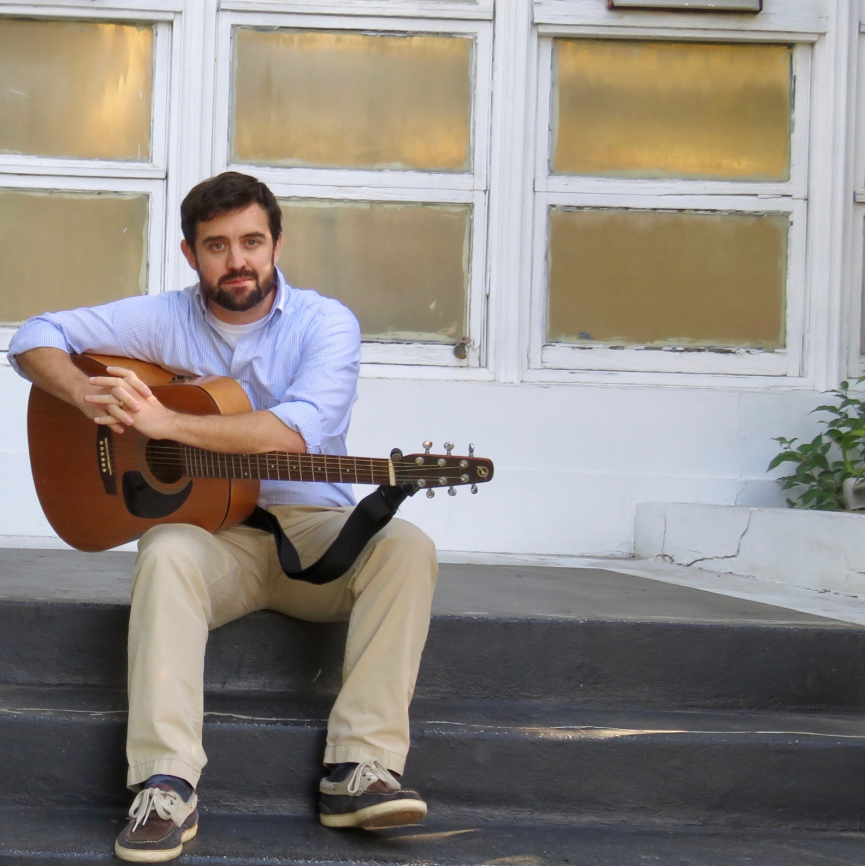 What has been your experience or training as an artist? I guess it technically began when I was a child and my parents arranged piano lessons for me, though I never took it very seriously despite constantly fantasizing about being a musician. It wasn’t until I became an adult and started playing the guitar that my formal training started. I used just about all of my free time to practice and study music theory. It took a few years of learning covers of other songs and getting comfortable with chord arrangements before I felt confident enough to write my own songs.

Can you speak a little bit about your creative process? For me, the lyrics of the song are the most personal aspect of the process and therefore the most important. When I first set out to write songs, I would sit down and try to start with these big ideas as a jumping off point, like, “Okay, I’m going to write a song about the nature and passage of time” and the enormity of the task would soon prove impossible.

Then I remembered some advice I got from a creative writing teacher in college which was to start with small, concrete details and let the themes and ideas develop on their own. So, for Hey There Long Ago, I began with that phrase and attached it to a person longing for a past love, and the themes of time and detachment grew naturally out of the narrative.

How was this collaboration born? This is my 3rd collaboration with Frank-Yann, who I met through a wonderful website called Kompoz. The site is a crowdsourcing site for musicians. It’s a great resource for someone like me who has specific talents but not enough to make a well-rounded, production-quality finished project. Frank had expressed interest in joining a collaboration, and it was clear to me with the finished project that he had elevated the song to a level previously unachieved in my prior collaborations. So, from that point forward I wouldn’t turn anywhere else for engineering and mastering. He has a great ear for what additional elements a song might need and how to achieve a more well-rounded sound.

What was your role in achieving the finished song? I wrote the song, played one of the guitars, and sang the lead vocals as well as the male backup vocals. I had a pretty clear vision for this song which included orchestral string instruments, and the artist who played those instruments (Richard Curran) far exceeded my expectations of the impact they would have on the song.

What projects (and collaborative projects) do you have planned for the coming months? We’re going back to revisit the first songs I ever wrote and rework them with using the team from Hey There Long Ago. Once that’s done, I’ll have a 5-song album that I need to figure out how to properly promote. It’ll be a challenge to showcase the songs in their entirety since my “bandmates” span four continents, but with the right equipment and practice it’s definitely doable. 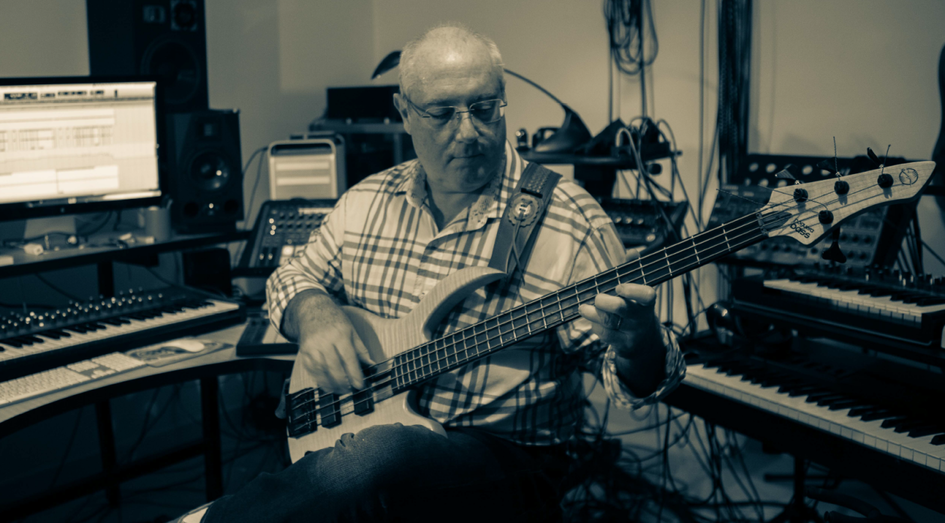 How were you introduced to music? My interest in music began at a very young age when I started taking piano lessons, and then, to solidify my musical foundation, I learned to play other instruments such as the guitar, bass, keyboard, sequencers and synthesizers.

My travels, currently in Morocco, have also contributed to expanding my musical horizons by allowing me to experiment with different styles and genres: from classical to rock, blues, jazz, electronic and country.

Encounters throughout my life with different musical personalities starting from a young age with rock groups followed by jazz, and especially, the blues as a bassist, were all influential experiences both musically and personally.

At the same time, I was quickly drawn to working in the studio, which rapidly sparked my enthusiasm for recording, mixing and my constant need to master the various techniques and strategies of studio work.

The projects I have produced over my last meetings and collaborations have led my work to naturally enhance itself. Working with sound and synthetic electronic music continue to be a primary focus of mine.

How was this collaboration born? We initially came into contact through an online platform for musical collaboration. With Teddy, I rediscovered American Country music, particularly a Nashville-centric style! It turned out to be another great musical and personal experience. We worked on the same wave-length, meaning our work ethic and desire to do a good job were well matched.

Finally, I think we have a similar taste in music. From thousands of miles away, the both of us want to see this project succeed along with other musicians of the “band.”

What projects do you have planned for the coming months? The album that Teddy plans to release, inspired by country music and his own unique style, will be entirely recorded and mixed this spring. It will be available on major web platforms well before summer 2017.

It is a lot of work between other jobs and our availability, but it is possible to continue working because music provides an outlet for us to meet from anywhere around world!