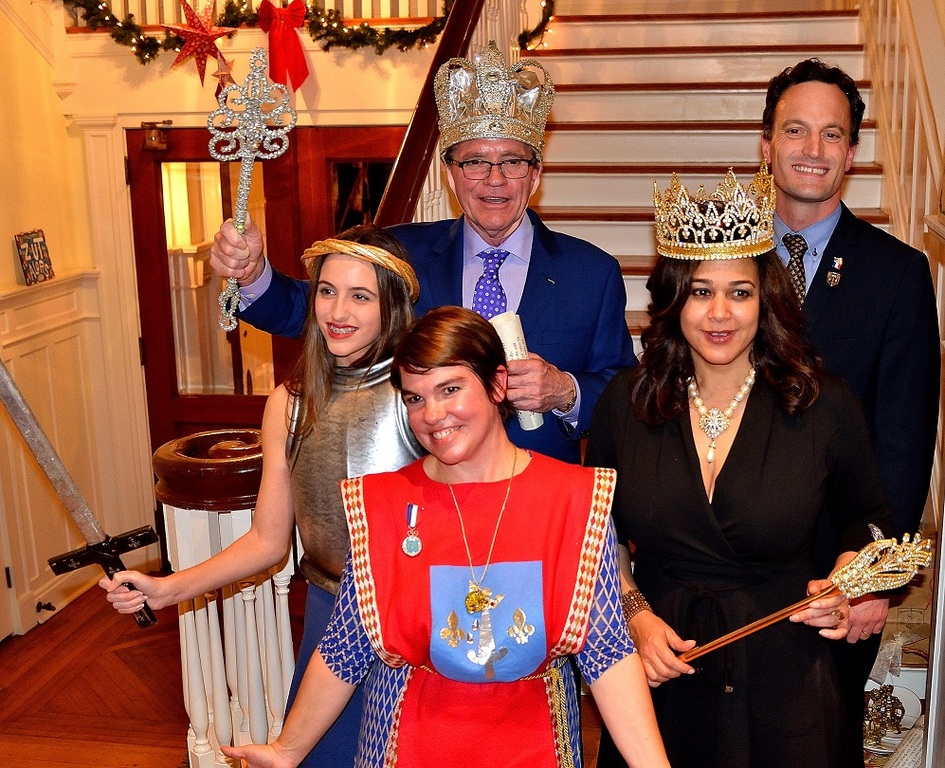 The Krewe de Jeanne d’Arc, producers of the annual Joan of Arc Parade, held a private reception at the residence of Gregor Trumel, the Consul General of France in New Orleans, on Wednesday, December 14, to reveal their 2017 Maid, Queen, and King. 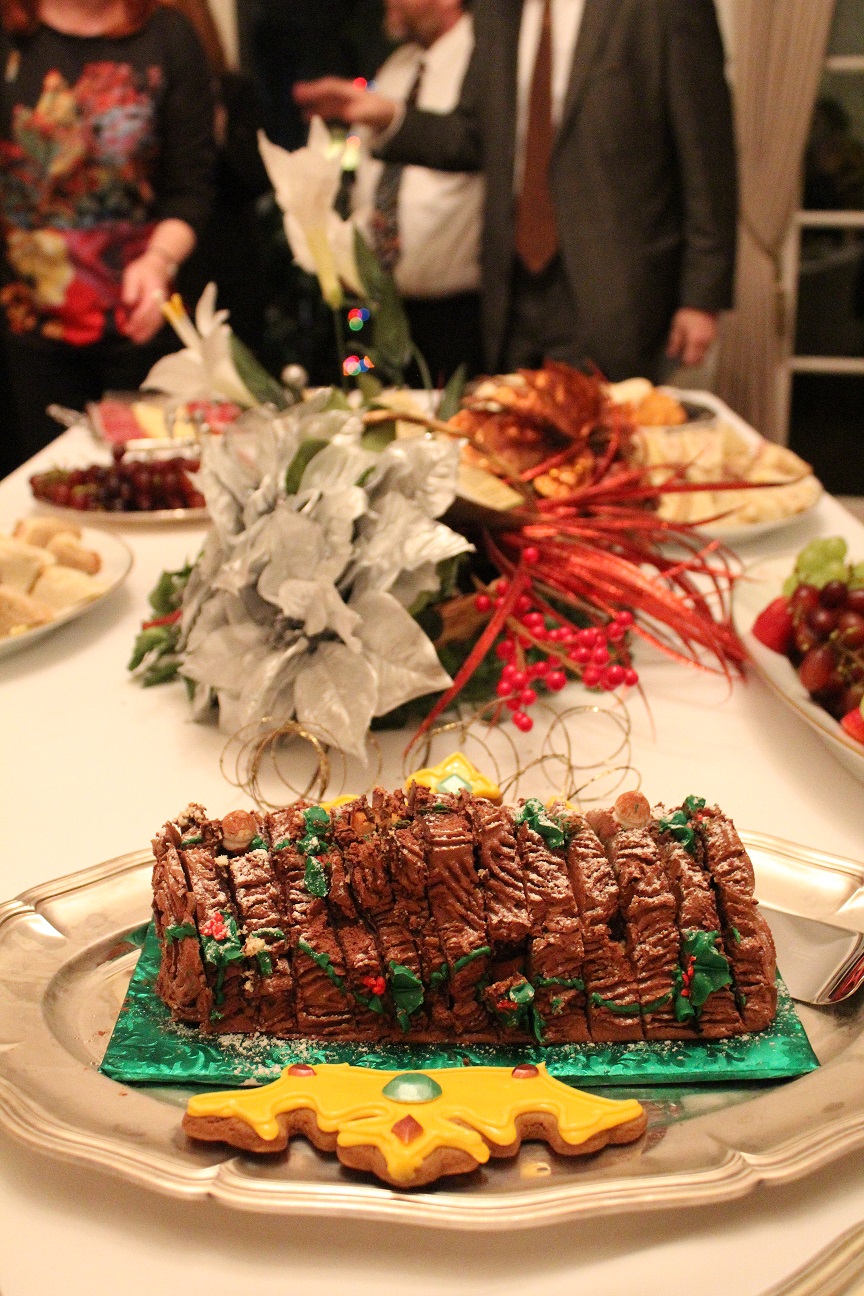 Approximately 70 krewe members, members of local French organizations, and parade sponsors and partners attended the reception to learn who would be representing King Charles VII, Queen Yolande of Aragon, and Joan of Arc, in the 9th annual Joan of Arc Parade on January 6, 2017, in the French Quarter. 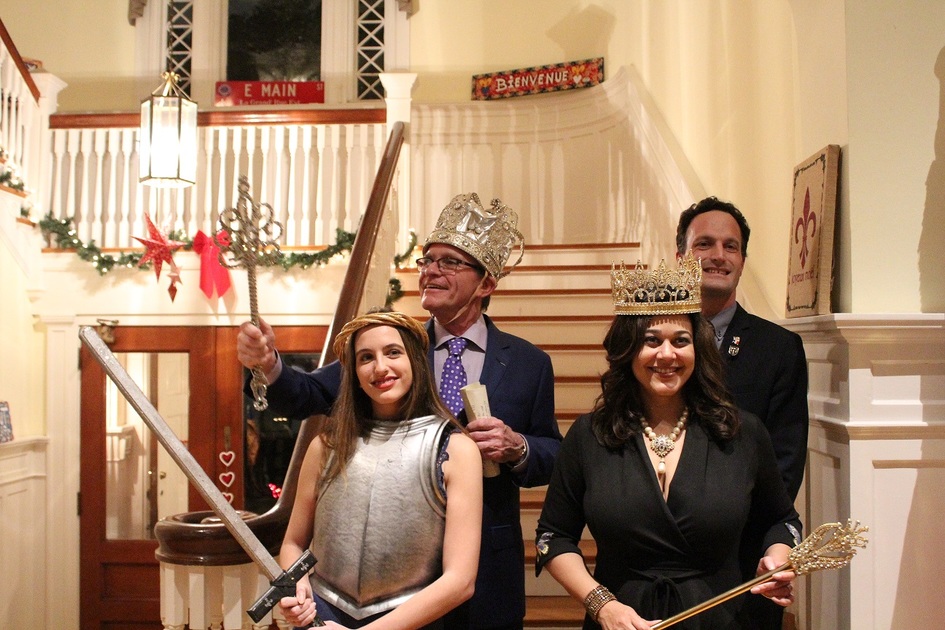 Gregor Trumel, Consul General of France in New Orleans, ceremoniously crowned the soon-to-be-reigning 2017 royalty while Krewe de Jeanne d’Arc captain Amy Kirk Duvoisin presented the selected local business and community leaders with a special proclamation that announced why they were chosen to portray real characters from Joan of Arc’s time: the man whom she helped make King (Charles VII) and the woman (Queen Yolande of Aragon) who funded Joan’s army, which lifted the siege of Orleans and put an end to the Hundred Years’ War. 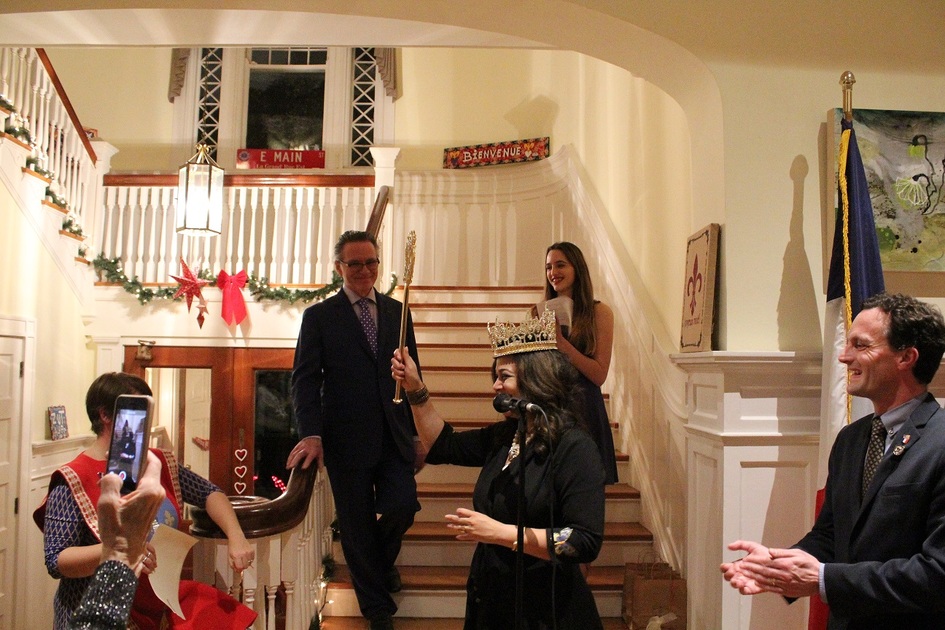 Queen Yolande will be portrayed by Camille Whitworth, a WDSU-TV anchor from 2003 to 2016. She currently owns and operates Victory bar and is very active in the New Orleans community, donating her time to the Susan G. Koman Foundation, March of Dimes, National Association of Black Journalists, Children’s Hospital, the New Orleans Council on Aging, and Young Audiences of Louisiana. She serves on the board of the March of Dimes and is a produce member of the Allstate Sugar Bowl Committee and The Links, Inc. Crescent City Chapter. 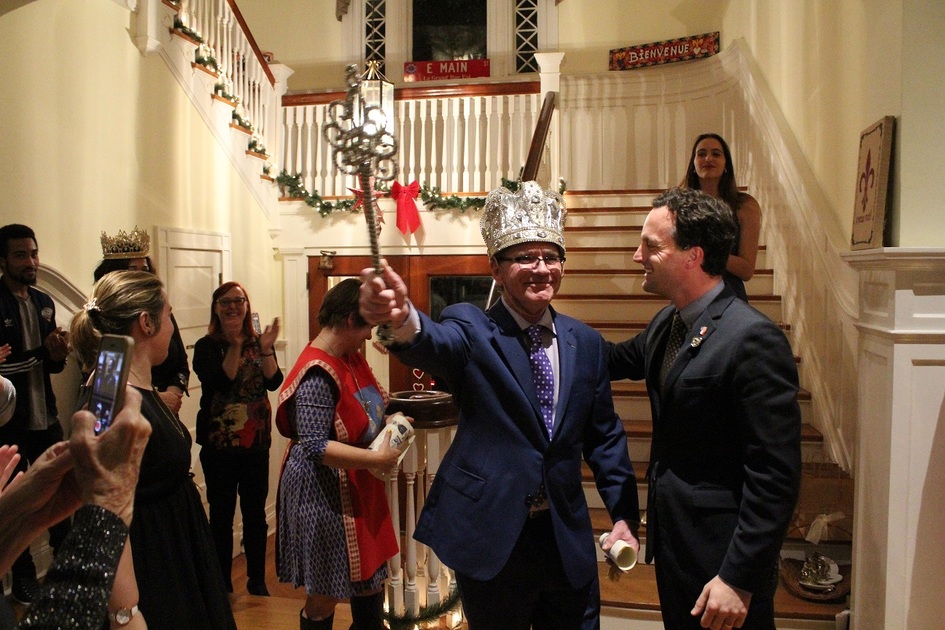 King Charles VII will be portrayed by Jean-Luc Albin, owner of Maurice French Pastries. A native of France, he has worked in kitchens throughout the world. In New Orleans, he has worked as Food and Beverage Manager at the Fairmont and Food and at Windsor Court Hotel. He was one of 93 chefs in 17 cities featured in "Great Chefs Great Cities" television series’. 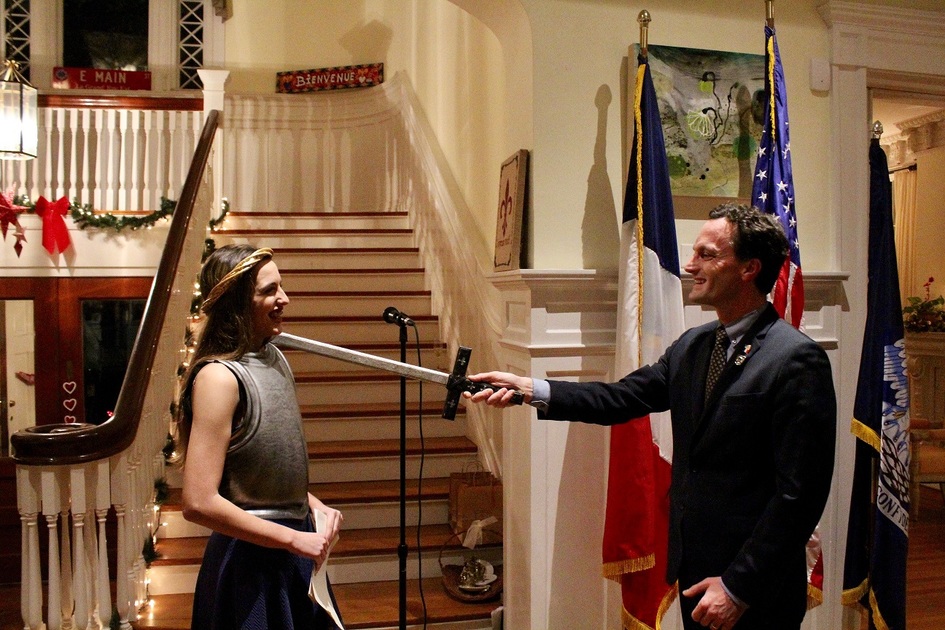 Joan of Arc will be portrayed by Heloise Trumel, a 16 year old student at De La Salle High School who was born in France in the Loire Valley, where Joan of Arc began her military career at the age of 16. Ms. Trumel has lived in Paris, the Netherlands, and Denmark and is an aspiring young journalist who started her own school newspaper while in Denmark, serving as editor in chief from age 8 to 14 years old. She stated in her application essay about Joan of Arc: "She also symbolizes recovery and determination. During battles, Joan would take out of her body the arrows that wounded her and keep fighting. This is what New Orleans did: kept fighting and thriving even after Katrina...Joan of Arc inspires me to be strong, independent, and to never give up. I admire and respect her for her bravery, determination, faith, loyalty, and patriotism!" 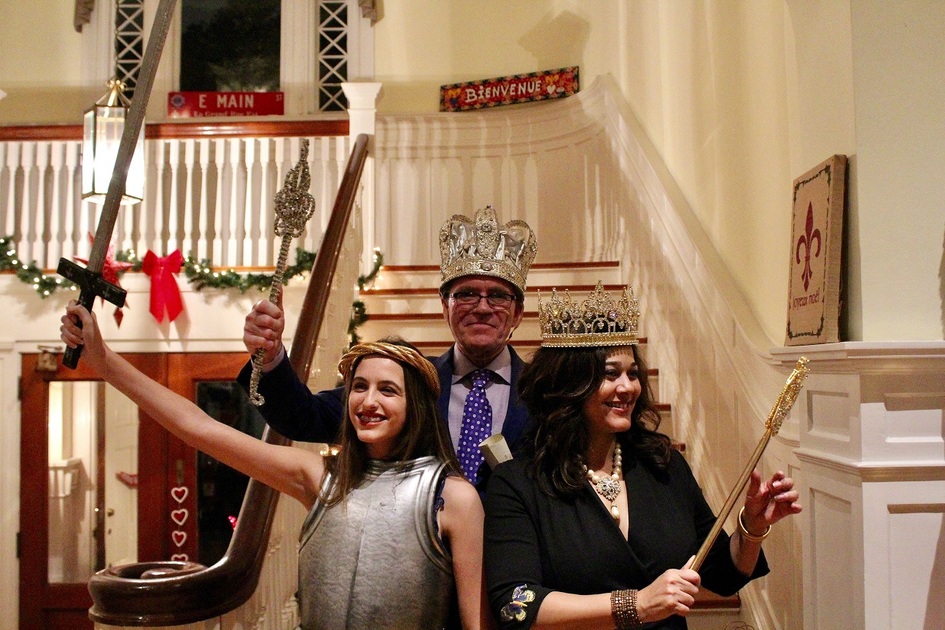 The event was sponsored by the Consulate General of France in New Orleans; French American Chamber of Commerce; Old New Orleans Rum; and Maurice French Pastries.