Mr. Warren Ostarly of Old Jefferson Parish was presented on Thursday, Dec. 18, 2014 with the Legion of Honour Medal, the highest ranking dignity in France. Consul General of France in New Orleans, Grégor Trumel, presented the award to Mr. Ostarly.

The reverent ceremony, held at Mr. Ostarly’s residence in Old Jefferson, was followed by a spirited celebration with many of his numerous family and friends in attendance.

In addition to fighting throughout Northern France, Mr. Ostarly served as part of the 133D Combat Engineers, a division that landed on the beaches of Normandy on D-Day. He was assigned to be a rigger and marksman rifle for his company, leading the way through the hedgerows of Normandy in one of the fiercest battles in the War.

For his acts of bravery, Mr. Ostarly has also been awarded the Victory medal, the European African Middle Eastern Service Medal, the American Theatre Service Medal, and the Good Conduct Medal.

The Consulate General of France in Louisiana thanks Mr. Ostarly, a great American and a proud veteran, for his service and his sacrifice. France will never forget.

You can find the nola.com article on Mr. Ostarly’s acceptance of the Legion of Honor here. 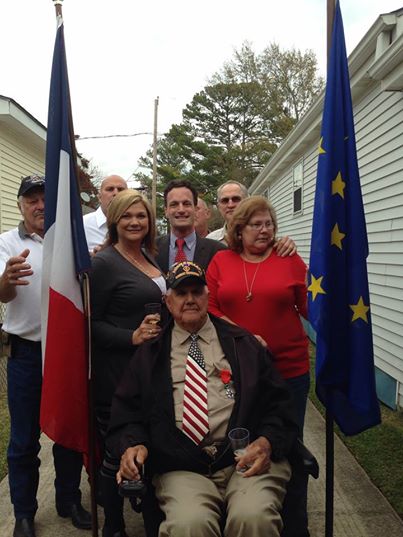