From October 17-25 2018, the 29th annual New Orleans Film Fest presents over 200 visionary films from across the world. Check out this year’s francophone selection! 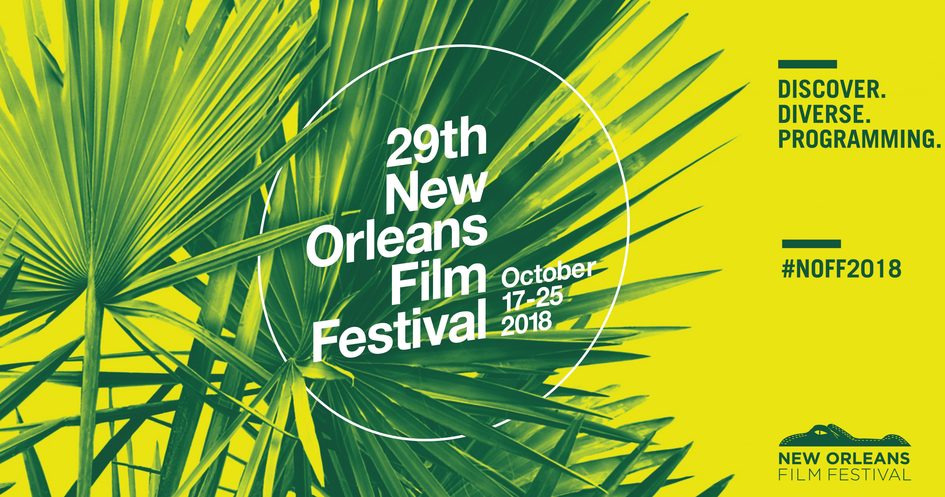 “Your long-lost mother has been decapitated and we can’t find the head” has to be tops on the list of things you don’t want to hear when arriving in a foreign country. Such is the state of Havana’s welcome wagon for John (Clifton Collins Jr., Westworld, Knight of Cups). This “yuma” from the mainland had hoped to be meeting the missing piece of his family story, not hunting for the missing piece of his mother. In his path are smug cops, bribe-hungry locals, spiritual hitmen, and Vladimir, the “huge and tiny son” who runs the neighborhood and volunteers as John’s chaos-making guide. A grisly and grimly comic death trip, Cabeza Madre flips over the sentimental Havana postcard and sniffs the stains on the underside.

Parked by a UN-instigated cholera outbreak, Pèp Souvren follows two Haitian grassroots activists over several years in their fights to promote a fair and sovereign democracy in “the world’s first black republic.” In a country haunted by slavery, colonialism, military coups, and an increasingly suspect UN presence, their fight will prove an uphill battle. They confront voter fraud, myriad electoral postponements and disappointing voter turnouts amid state violence and corruption. Although it stands for the thousands of Haitians involved in domestic political action, the film’s sensorial approach roots the broader political struggle in the personal, showing us the consequences of a shambolic and oppressive status-quo on the individual.

On a lush idyllic home on an island off the coast of Guadeloupe, free spirit Vanessa visits her pregnant sister Myriam and her husband after the death of their beloved grandmother. Vanessa’s languid and melancholy consideration of loss is interrupted by an unwelcome guest, her long estranged and distant father, who Myriam has invited to lunch. We are drawn into an intimate family meal in which unspoken wounds with years to fester now emerge to the surface through long, tense silences. Around the table, flashes of empathy and bouts of aggression are demonstrated by each sister in turn. Throughout this sun-drenched family meal, the sisters conjure private memories of past selves in order to grapple with years of hurt left unspoken.

JP’s first priority is always his family, and yet he constantly finds himself pulled between their various messed-up problems in this French-Canadian Animal Kingdom. Between erratic brother Vincent, a violent man-baby with mommy issues and a penchant for seriously hurting himself and others; his mother, a recovering alcoholic; and his dangerous uncle, the head of a drug cartel and his tough-as-nails boss, JP’s only source of comfort is his sensible girlfriend, Mel. But when his uncle has a “special job” for JP, enmeshing him further and further in his illegal business, JP will have to go to dark lengths to extricate himself from the worst parts of his life while protecting his self-destructive family from harm (and from themselves)

A chaotic moment at a family gathering of women and an unexpected visitor with his dog.

Once upon a time there was a man living through the last hound pack of Belgium. A visual tale where roars, barks and sounds of nature are the only language.

This unscripted documentary portrays an ironic caricature of life in the Flemish suburbs. It reflects the current European zeitgeist, where right-wing populism is spreading like wildfire, most popularly in quiet, white neighborhoods where people are shielded from different cultures and lifestyles.

An immersive journey through the islands of Guadeloupe from a diasporic vantage. Screening with Torments d’Amour (Torments of Love)

My dad taught me how to pack.

Vignettes of seemingly tangible memories and dreams are paired with the modest self-documentation of four young men who are traveling together for the first time.

Shot on location in Claude Monet’s garden in Giverny, France, this filmic collage posits a decolonized gaze in the re-telling of modern history.