On Monday, October 2 2017, the Consul General made a special visit to the home of Mr. Arnold J. Guidry in Gonzales, Louisiana to bestow the French medal of the Legion of Honor, in recognition of his contribution to the liberation of France during the Second World War.

Mr. Guidry was sent to fight in Central Europe and the Rhineland in November 1944 and returned to the United States in December of 1945. As a rifleman under the 143rd Regimen of infantry, he participated in the fight in France where he was slightly wounded on March 15th, 1945. For these acts of bravery, he was awarded the European-African-Middle Eastern Theater Medal, the Good Conduct Medal, the Purple Heart Medal and the WWII Victory Medal.

Neighbors, friends, and family were present during the intimate ceremony as Mr. Sciama awarded Mr. Guidry with France’s highest honor, on behalf of the president of the French Republic.

Mrs. Mae Guidry and her husband. 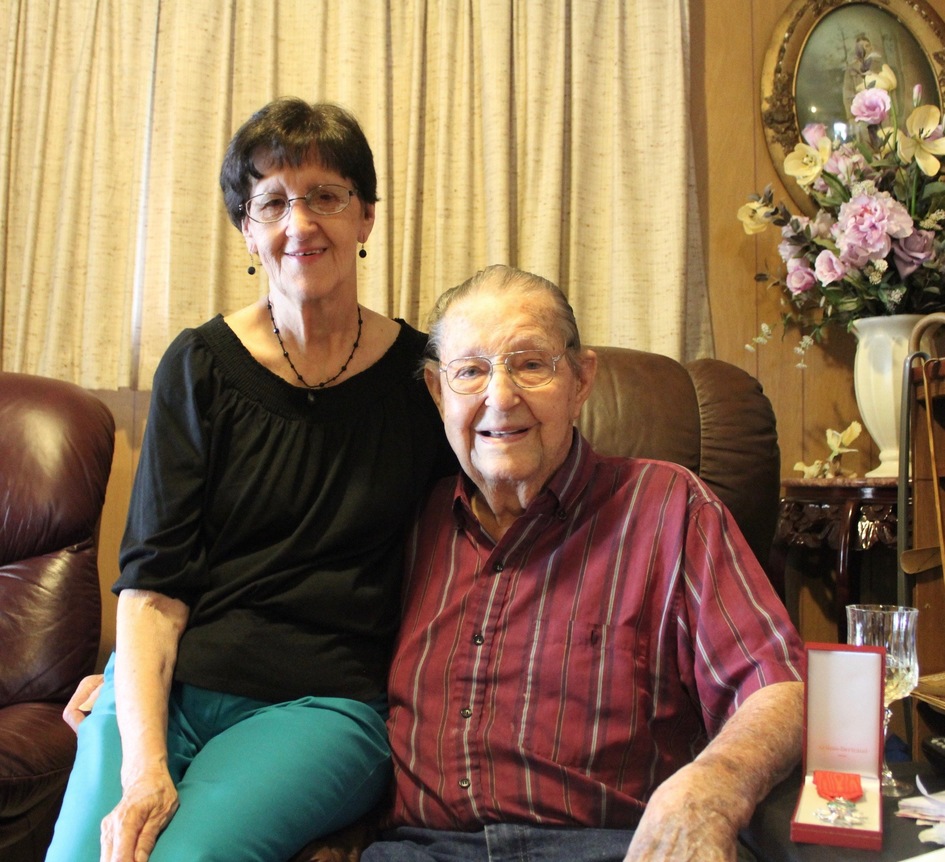 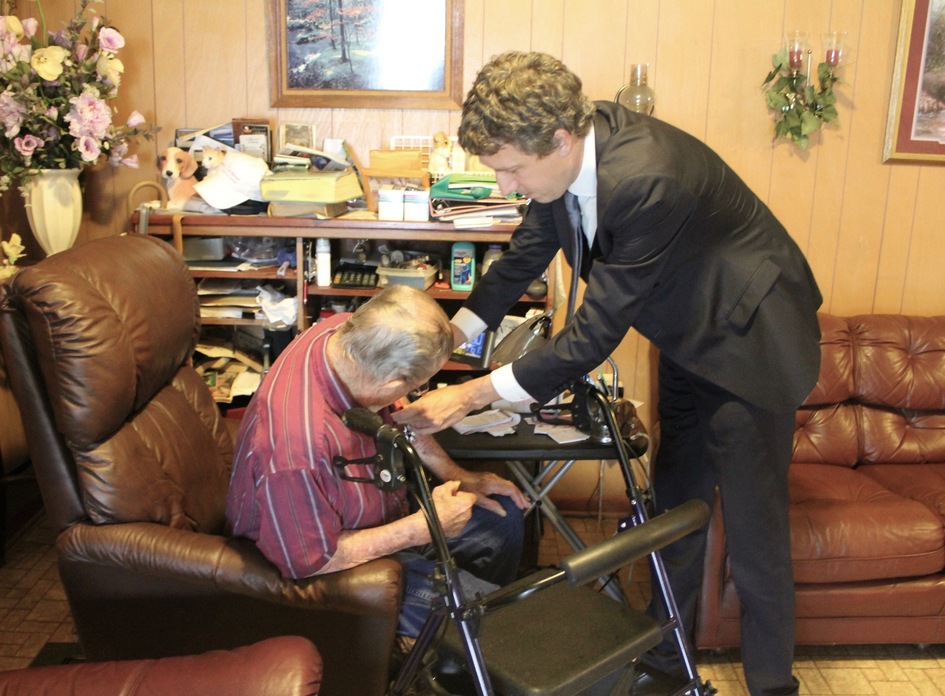