Visit of Jacques Martial in Louisiana

Mr. Jacques Martial, President of the Caribbean Center for Expression and Memory of the Slave Trade, presented the Memorial ACTe in Louisiana from February 20 to March 2, 2016. 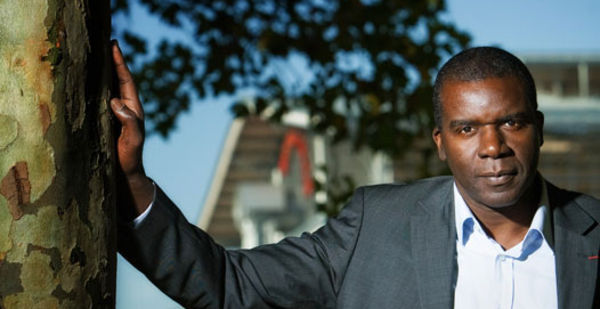 Mr. Martial explored possibilities for collaboration between Louisiana and the West Indies, related to the Memorial ACTe, a museum dedicated to the question of slavery and creole culture of the Caribbean.

Based in Guadeloupe, this center has become, since its recent opening, one of the most important monuments in the world related to the questions of slavery and creole culture.

In addition to his role as President of the Memorial ACTe, Mr. Martial is also a well-known actor, having performed in numerous plays, television series and films. During his visit to Louisiana, Mr. Martial will also perform excerpts of Aimé Césaire’s masterpiece, Cahier d’un retour au pays natal.

During his visit, Mr. Martial spoke in several schools and universities in Louisiana. Two of these presentations were open to the public in Baton Rouge and New Orleans: a conference at the School of Architecture at Louisiana State University on February 26, as well as "An Evening with Jacques Martial" on March 1st at Xavier University of New Orleans. This event was held in collaboration with the Association of Creole Research and the Consulate General of France in Louisiana.

Mr. Martial spoke on the history of slavery in the Antilles and the creation of the Memorial ACTe, followed by a recitation of extracts from the poetry of Aimé Césaire.

For more information on the visit of Mr. Jacques Martial, take a look at the article in the "Louisiana Weekly"! 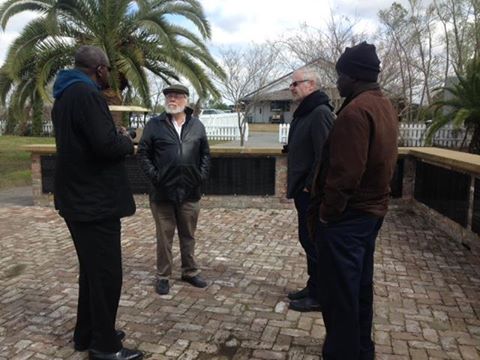 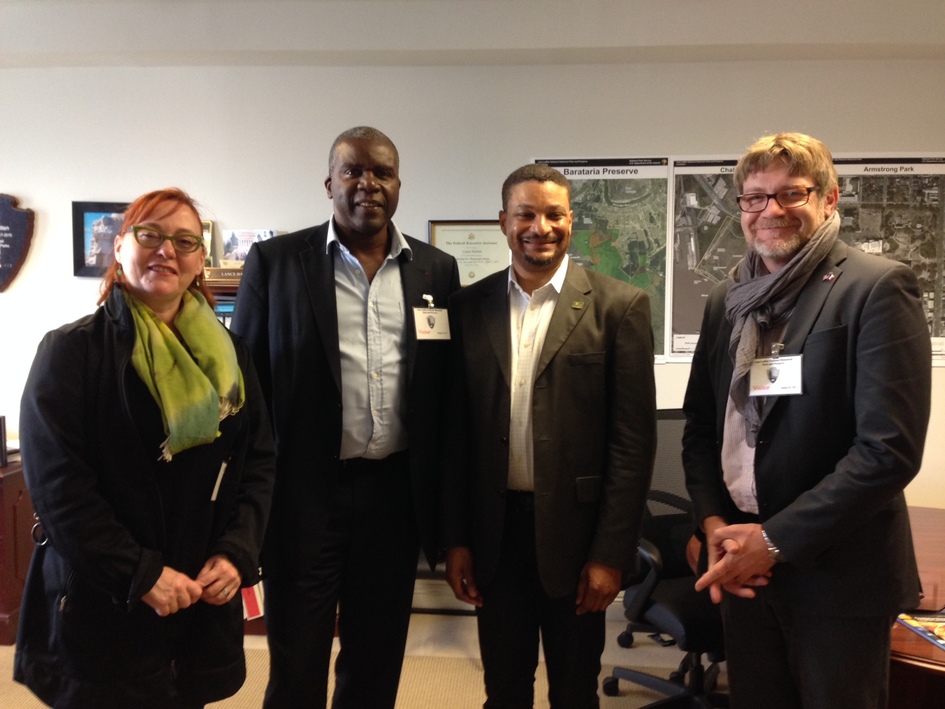 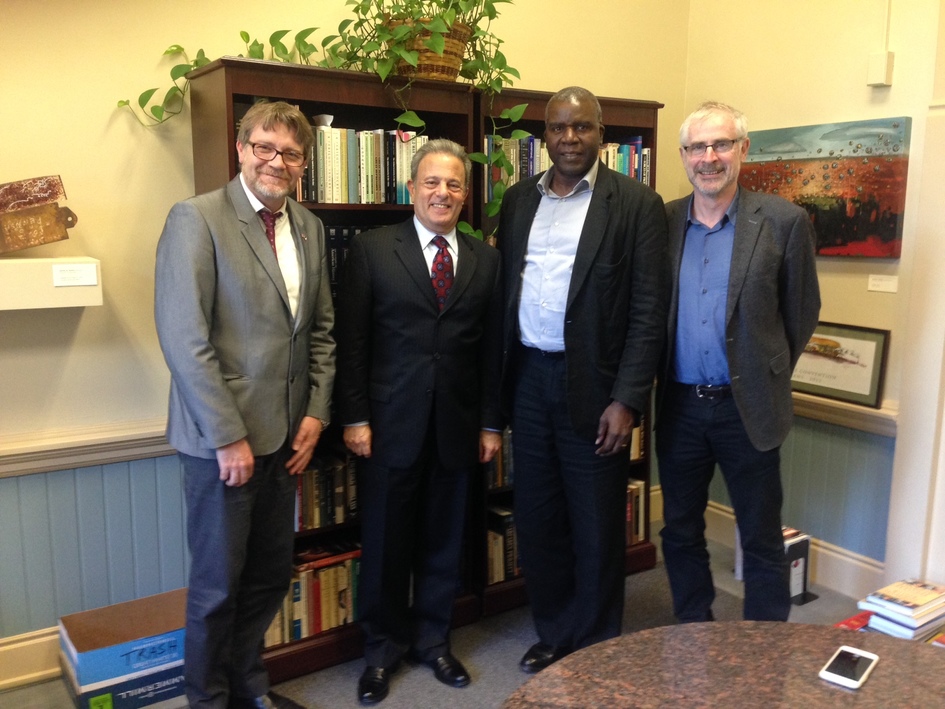 Meeting with the Provost of Tulane University, Mr. Michael Bernstein 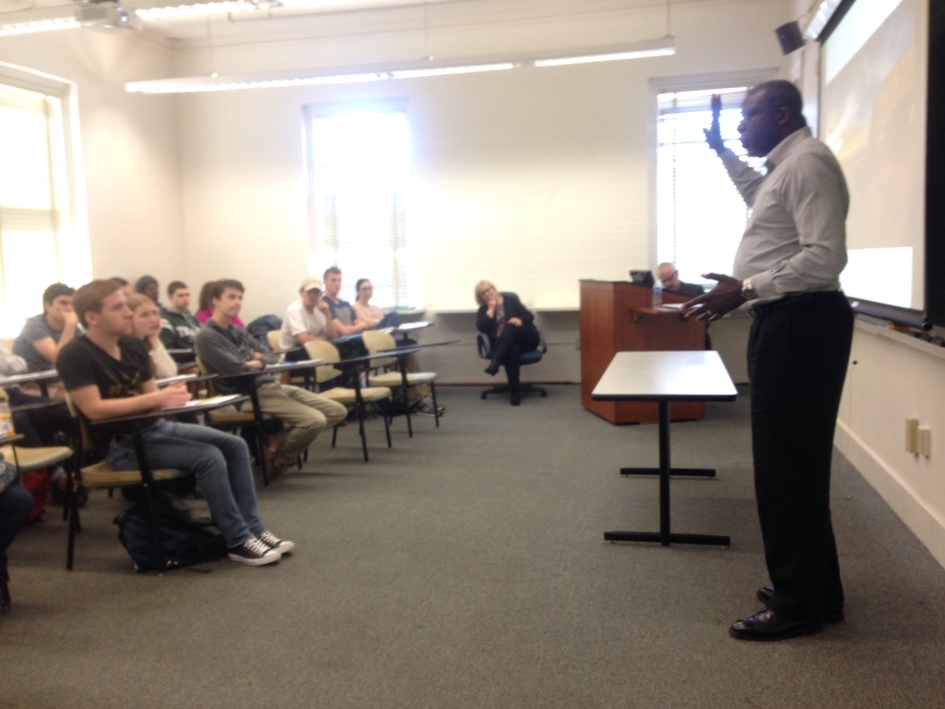 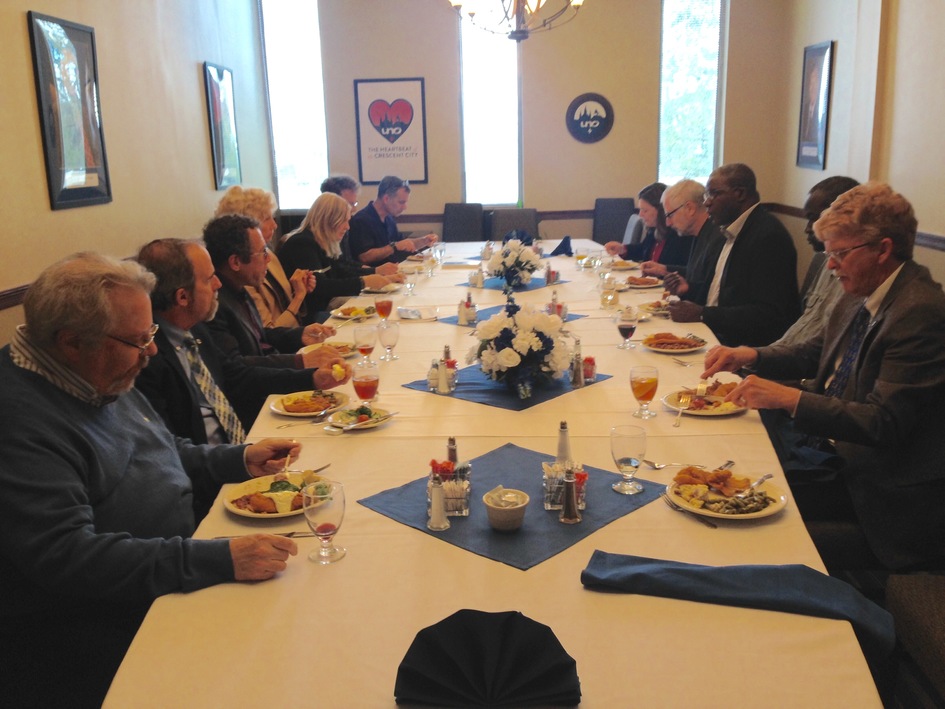 Lunch at the University of New Orleans 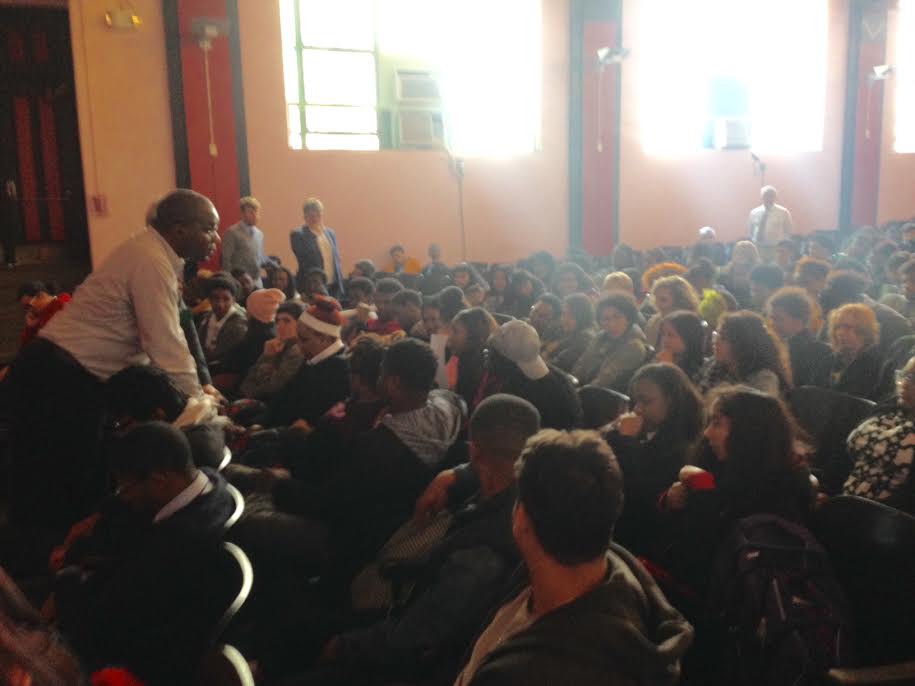 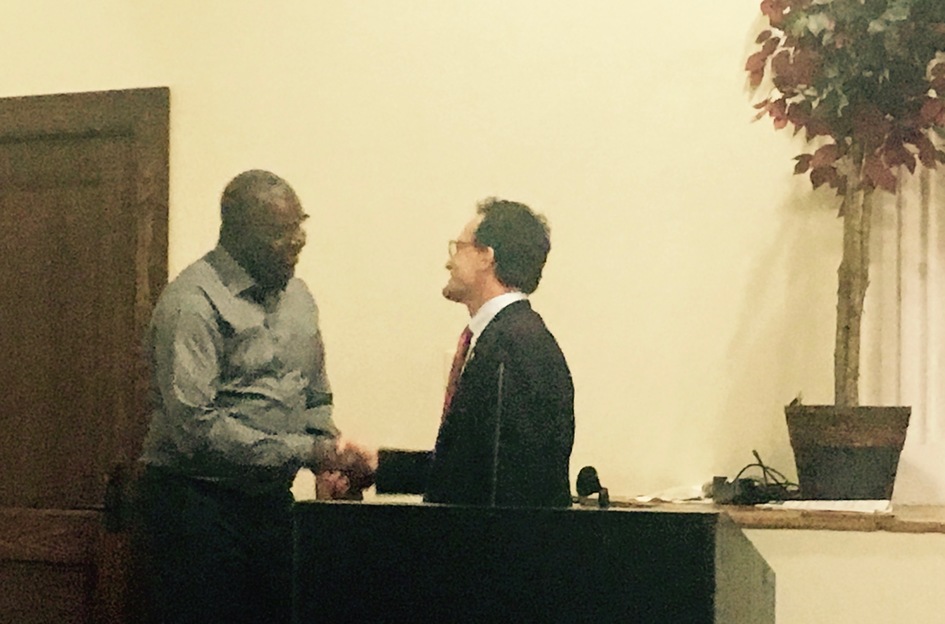 Introduction by the Consul General at Xavier University 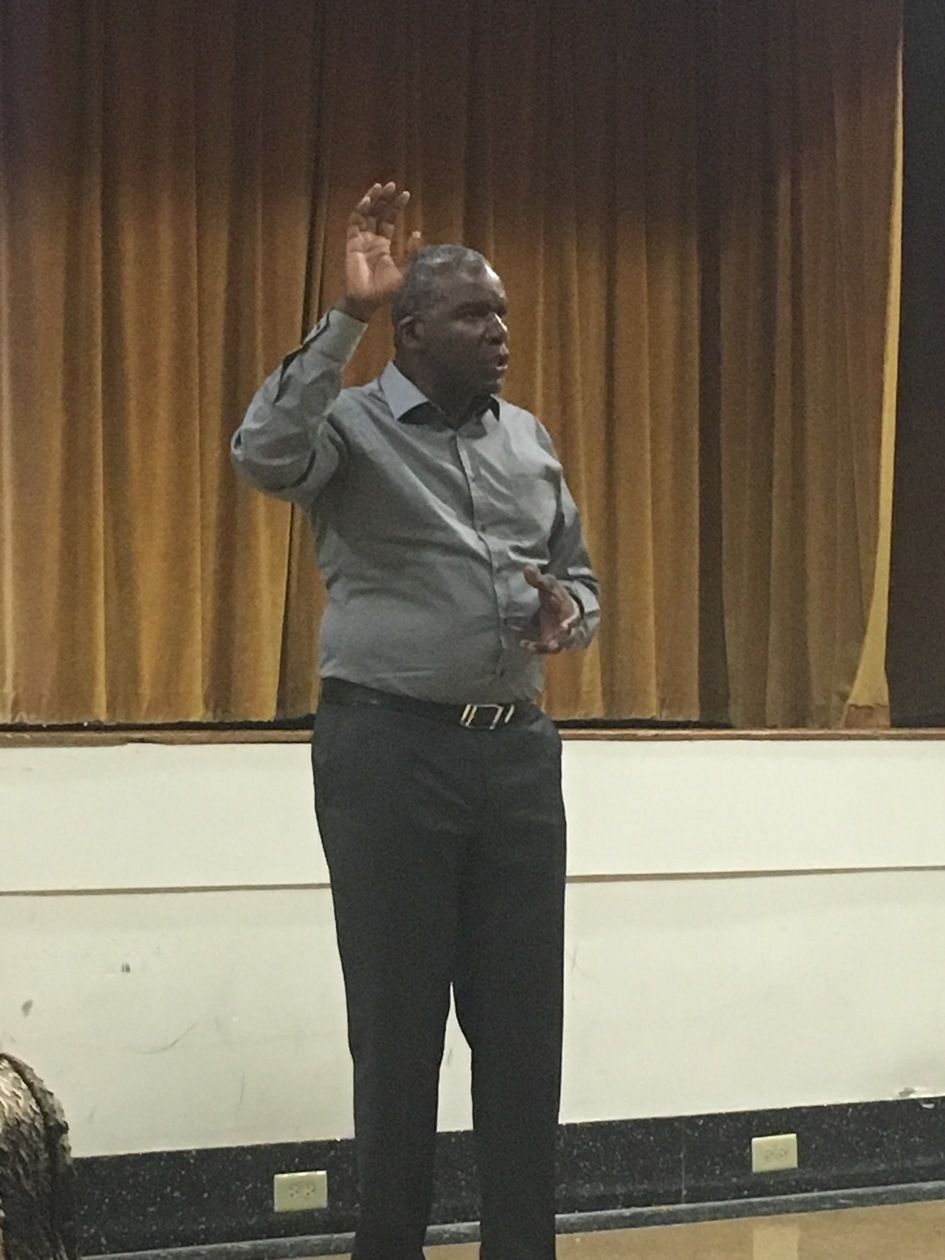 Performance of work by Aimé Césaire 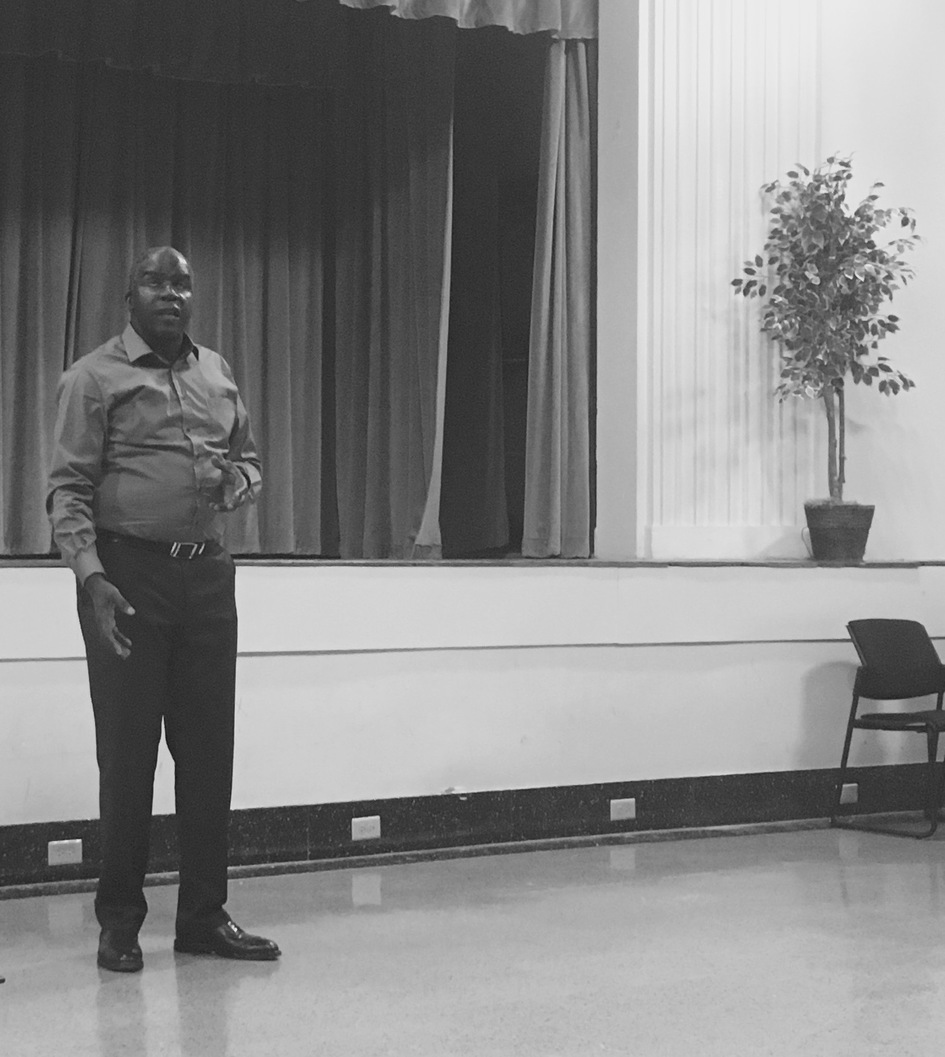