Home > Culture > Cultural Cooperation > Music > Tune in for a journey around the Caribbean with French jazz musician Samy (...)

On June 15th at 1pm (CT), in partnership with the New Orleans Jazz Museum, TSF Jazz, the Cultural Services of the French Embassy in the US, the Consulate General of France in Louisiana will be streaming on Facebook this live concert focused on his “Caribbean Stories” album. 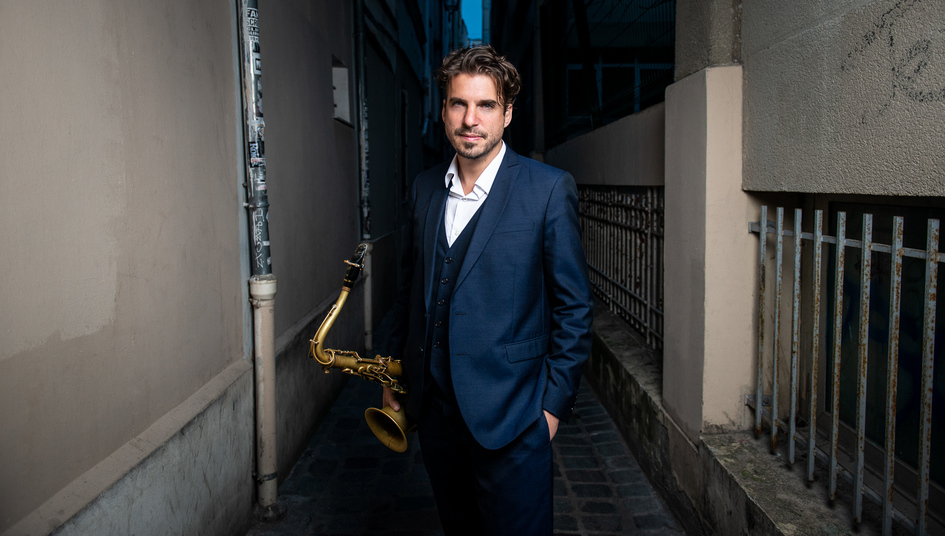 On June 15th at 1pm (CT), we will have the pleasure of sharing with you a live performance by French Jazz musician Samy Thiébault. In partnership with the New Orleans Jazz Museum, TSF Jazz, the Cultural Services of the French Embassy in the US, the Consulate General of France in Louisiana will be streaming this live concert focused on his “Caribbean Stories” album. The concert will also be live streamed on French Culture’s Facebook page, at 2 pm (EST).

Multi-instrumentalist (flute and saxophone) and composer, Samy Thiébault brings together an international group of musicians, including Robinson Khoury (trombone), Hugo Lippi (electric guitar), Samuel F’hima (bass), Arnaud Dolmen (drums), and Inor Sotolongo (percussions) to channel varied genres inspired by the Caribbean. For a long time, Samy has revolved around the mestizo identity of this region of the world, until the musical reality of the Creole world struck him in Venezuela, through Puerto Rico, then drives him in Trinidad with reminiscences of all the Biguine of the French Antilles and all the roots of Bob Marley…   Born in Côte d’Ivoire to teachers, Samy Thiébault received a traditional musical education at the Conservatoire de Bordeaux before entering the renowned Conservatoire National Supérieur de Musique in Paris to study jazz. While studying music, he also obtained a Master’s degree in philosophy, with high honors, from the Sorbonne.

Samy Thiébault has been recognized for years as one of the premier jazz musicians in France and has released 8 albums in his career. In 2020 he was nominated for the “Victoires du Jazz,” a prestigious awards ceremony in France, for his most recent album “Symphonic Tales.”