Home > Tribute to the Victims of Charlie Hebdo

Tribute to the Victims of Charlie Hebdo [fr] 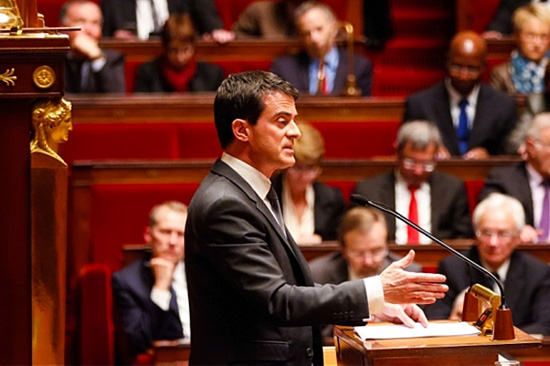 Like all the speakers, the President of the National Assembly put it strongly and succinctly: in three days, 17 lives were destroyed by barbarity.

The terrorists killed – murdered – journalists, police officers, French Jews, employees. The terrorists killed people who were well known or anonymous, people of different origins, opinions and creeds. And they struck the entire national community. Yes, it was France that was struck in the heart.

Those 17 lives all represented the various faces of France, and as many symbols: the freedom of expression, the vitality of our democracy, republican order, our institutions, tolerance, laicité [secularism] [1].

We have received gestures of support and solidarity from around the world: from the press, from the citizens who demonstrated in numerous capitals, from heads of state and government. All these gestures of support reflect a truth: it was the spirit of France, its light and its universal message that the attackers tried to destroy. But France remains on its feet. It is still here, still present.

Following this morning’s funeral in Jerusalem, the painful, fine, patriotic ceremony that took place at the police headquarters in Paris in the presence of the Head of State, and a few days after the funerals of each of the victims, in the privacy of their own families, I – like each of you – want to once again offer the nation’s tribute to all the victims.

The Marseillaise, which rang out in Parliament a few minutes ago, was also a magnificent response, a magnificent message. To those who were injured, to the families who are suffering enormous grief, who remain inconsolable, to their loved ones, to their colleagues and fellows, I too want to offer our compassion and support once again.

As the President said this morning, in a message that was both strong and personal: France stands and will continue to stand by their side. In the ordeal, our people rallied as early as Wednesday. They marched everywhere, in a show of dignity and brotherhood, to proclaim their commitment to freedom and to say a resolute “no” to terrorism, to intolerance, to anti-Semitism, to racism, and, basically, to every form of resignation and indifference.

These rallies – as you noted, Mr President – were the most perfect response. On Sunday, the President, former Prime Ministers, political leaders and the living strength of this country, the French people, all expressed their unity – and with what force! And Paris was the universal capital of freedom and tolerance. Once again, the French people were worthy of their history.

To read the rest of the speech by Prime Minister Valls, visit the website of the Embassy of France in Washington