L’Ordre des Palmes Academiques, which was created by Napoleon I in 1808, recognizes those who have rendered eminent service to French education and have contributed actively to the prestige of French culture. 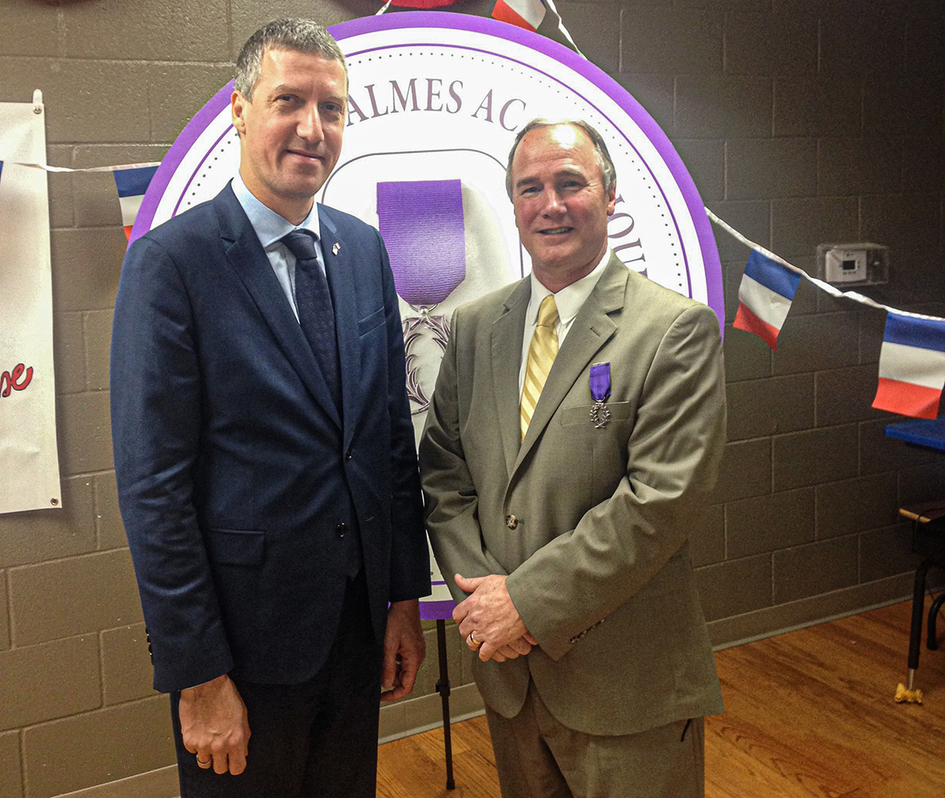 The honor comes as North Lewis continues to be recognized as one of the most successful French immersion programs in Louisiana, having received numerous awards under Rosamond’s leadership and being designated as a state-certified World Language Immersion Site by the Louisiana Department of Education. It also has received the Label FrancEducation, a seal of quality for dual-language programs.

The Consul General commended the North Lewis principal on his years of work advocating for French immersion in Louisiana.

Tim Rosamond said that although he wasn’t a French speaker, he does have French ancestry and was proud of the school’s work in spreading the culture.

“I am not a francophone,” he said. “I have a lot of work to do to get there. But I am a francophile, a person that loves and embraces the French culture and wants to be a part of that culture.”

Tim Rosamond said that the original French immersion class that started in the early 2000s has only recently just finished college, and some of the work he looks forward to is contacting those students and seeing how the program has impacted their lives.

“I am a descendant of French speakers,” he said. “It is something that we all share in south Louisiana, a rich French heritage. It is this heritage and its language, the language of our parents and grandparents that we work so hard to maintain and protect.”