Albertine, the renowned French reading room and bookshop in New York that opened in September 2014, has expanded its high quality literary offerings with a selection of nearly 28,000 French language ebooks now available on its website, Albertine.com. Eighty-eight French publishers, including some of France’s most respected publishing houses such as Gallimard, Flammarion, Minuit and Actes Sud, are represented among the ebook collection, which will continue to grow in the coming months. 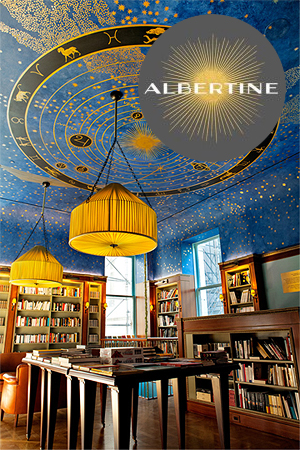 “When we decided to add ebooks to Albertine’s offerings, we wanted a selection of quality titles that would reflect the diversity and richness of French and Francophone literature. As of today, this selection—which will continue to grow and evolve—is available across the U.S., thanks to our ebook platform and online bookshop,” explains Albertine Director François-Xavier Schmit.

The vast majority of ebooks offered by Albertine are available in the U.S. for the first time. The selection covers all genres, from literature—with indispensable titles like L’Etranger by Albert Camus, Pour que tu ne te perdes pas dans le quartier by Patrick Modiano, and Boussole by Mathias Enard (winner of the 2015 Prix Goncourt)—to poetry (Charles Baudelaire), graphic novels (Hugo Pratt) and children’s books. The integration of ebooks as part of Albertine’s online bookstore cements its position as the largest ecommerce site for French books in the US while furthering its mission to make French literature available across the US.

Across all platforms, Albertine customers benefit from the input and advice of seasoned and knowledgeable booksellers. At Albertine’s reading room and bookshop in New York, 8-10 literary events take place each month. Albertine is an important stop for nearly all French authors on our in the US. “French authors speak at numerous festivals and literary events across the United States. Albertine’s mission and that of the Cultural Services of the French Embassy is to support authors as much as possible in these endeavors, most notably by providing a platform to sell and share their works with the public,” adds François-Xavier Schmit.

In addition to its online offerings and flagship store in New York City, Albertine also maintains a network of "French Corners" in which a selection of physical books is offered in independent bookstores across the United States. Each bookstore holds 75 titles in French, hand-picked by Albertine staff and the Book Department at the Cultural Services of the French Embassy. French Corners have been established at bookshops nationwide including Politics and Prose (Washington DC), Brookline Booksmith (Boston), and Powell’s Books (Portland), among others.

Albertine is a reading room and bookshop that brings to life French-American intellectual exchange. A permanent venue for free events and debates, the space offers more than 14,000 contemporary and classic titles from over 30 French-speaking countries around the world in French and in translation. Visit www.albertine.com. Follow Albertine on Facebook, Twitter, and Instagram.

The Cultural Services of the French Embassy promotes the best of French arts, literature, cinema, digital innovation, language, and higher education across the US. Based in New York City, Washington D.C., and eight other cities across the country, the Cultural Services brings artists, authors, intellectuals and innovators to cities nationwide. It also builds partnerships between French and American artists, institutions and universities on both sides of the Atlantic. In New York, through its bookshop Albertine, it fosters French-American exchange around literature and the arts. frenchculture.org

Embassy of France in the US