The New Orleans Tricentennial celebrations, which took place from April 20 - 26, was the perfect opportunity for French authorities not only to honor the unique history that has linked France to the city since 1718, but also to accentuate the dynamic, future-oriented partnerships that exist today. 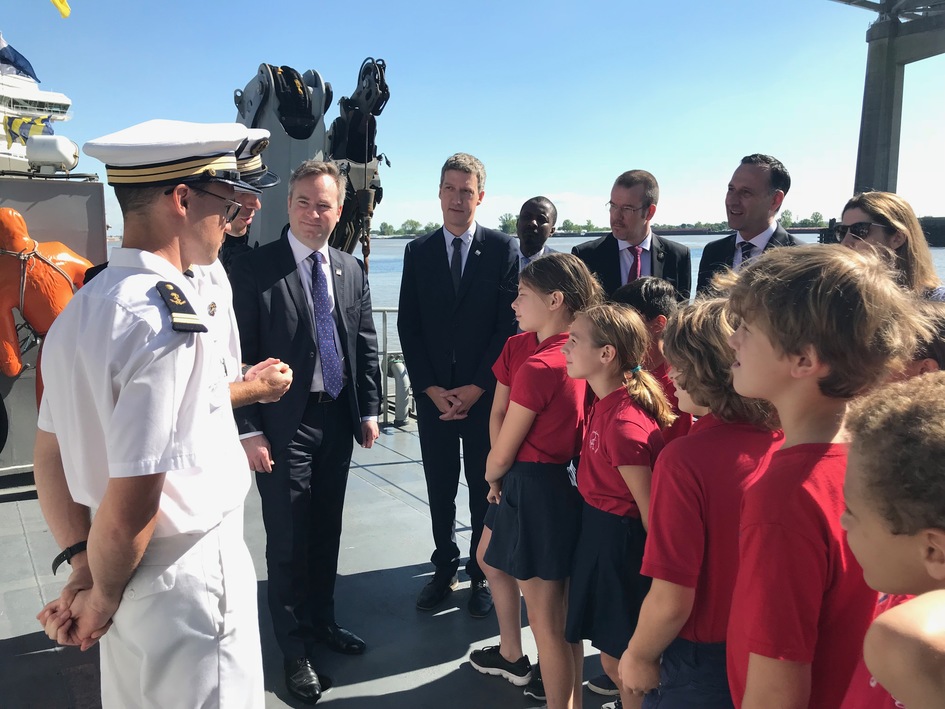 Jean-Baptiste Lemoyne, the Secretary of State attached to the Minster of Europe and Foreign Affaires, represented the French government at the international dinner on April 21, and conducted an official visit to the city until April 23.

During his stay, he met with the outgoing and incoming Mayors, Mitch Landrieu and LaToya Cantrell, respectively. He explored the lively French heritage of the city at The Historic New Orleans Collections’ "New Orleans: The Founding Era" and at Degas House. He was able to meet and exchange with students in two local immersion schools, l’Ecole Bilingue de La Nouvelle-Orléans and Hynes Charter School. He also visited French Navy vessel PLG La Résolue, docked just under the Crescent City Connection Bridge for New Orleans Navy Week 2018.

In light of the sister-city agreement signed in January 2018, a delegation from Orléans comprising of Assistant-Mayor Béatrice Odunlami and Culture Director Sophie Ferkatadji also came to the Tricentennial celebrations.

The French Navy sent light patrol vessel FS La Résolue to participate in New Orleans Navy Week 2018, to welcome the public aboard and present their mission in French Guyana. 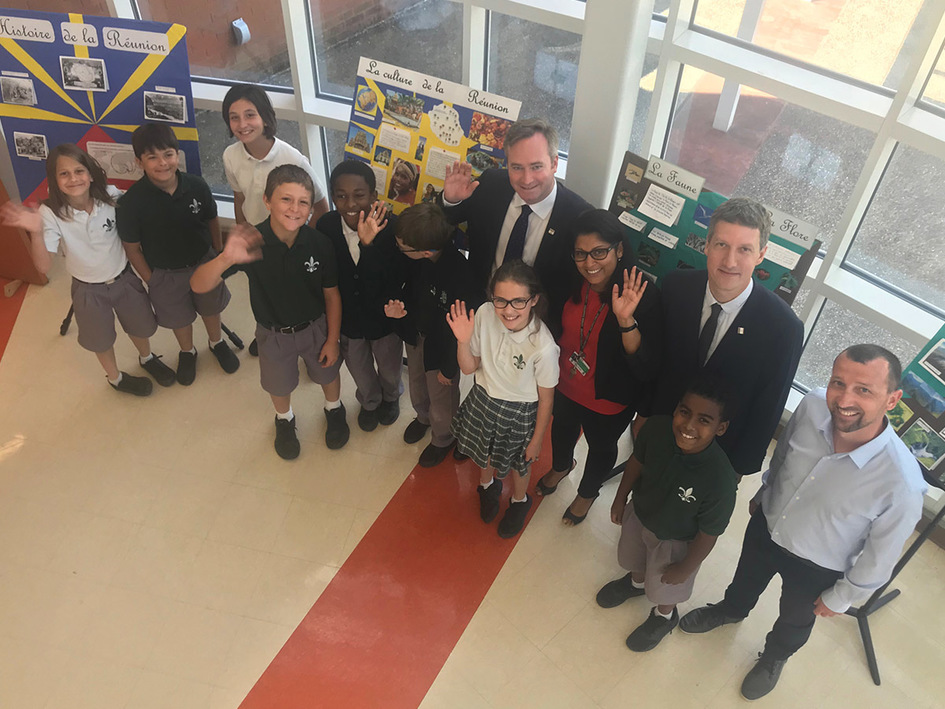 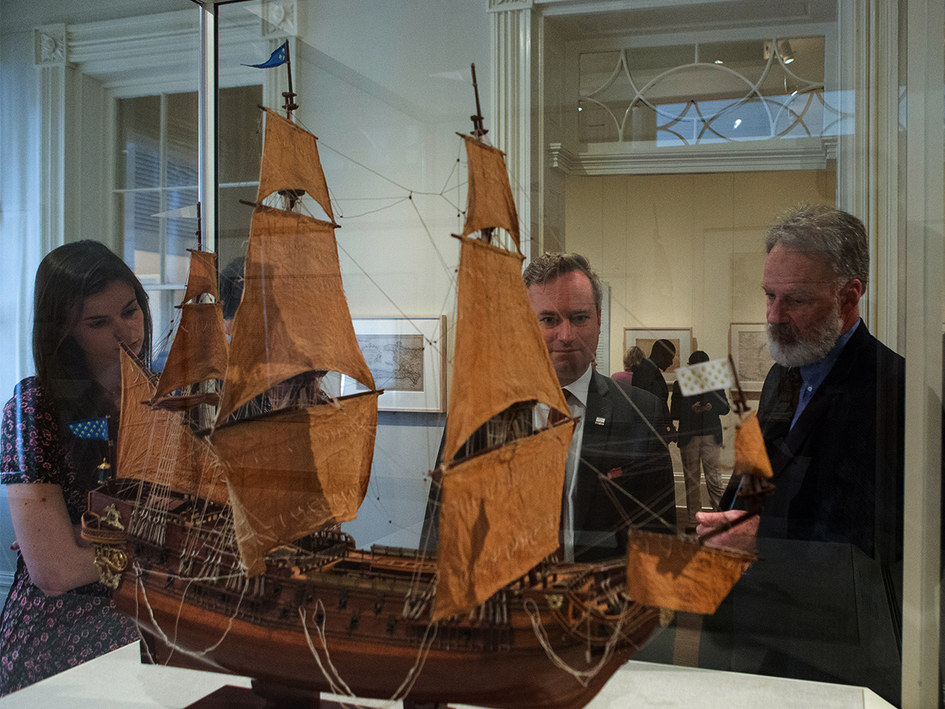 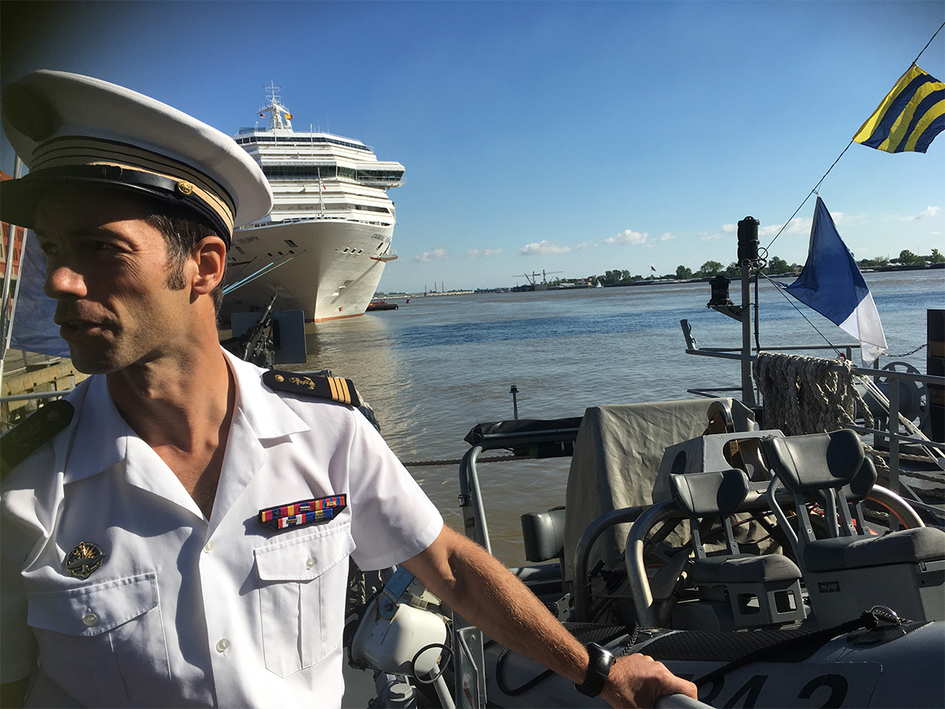 On April 22, outgoing Mayor Mitch Landrieu was named Officer of the Legion of Honor.

Napoléon created this distinction in 1802 to recognize individuals who have performed outstanding service to the French nation. The Secretary of State presented the award during a private ceremony at the Résidence de France, commending Mitch Landrieu for his leadership and values over the course of his political career: "I am glad to see that you share values that are so close to our heart, as French citizens and leaders: inclusiveness, generosity, and the fight against social divide." 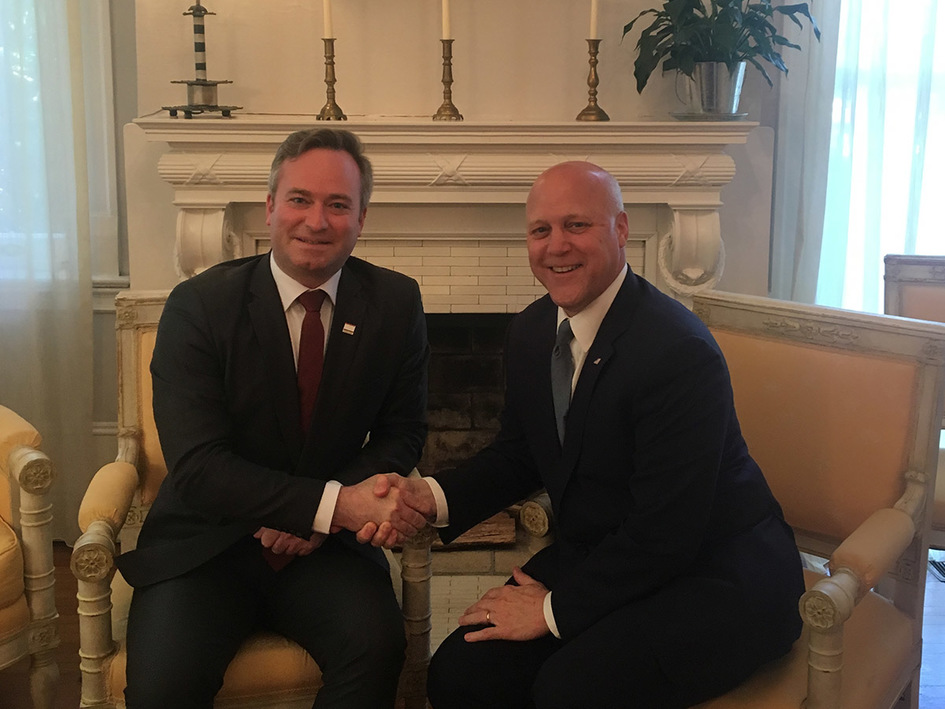 He met the French community here for the first time since his election, discovered the economic and educational vitality of Louisiana and worked on questions of environmental resilience.

This intense bilateral sequence illustrates the strong relationship between France, Louisiana, and New Orleans in particular as it celebrates its 300 birthday. 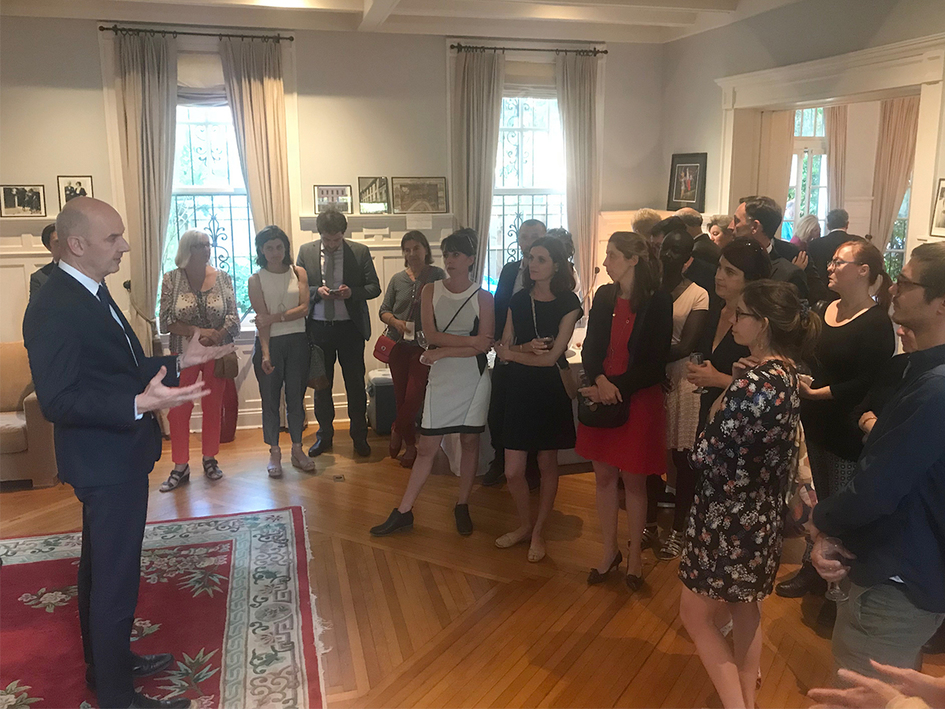