Home > The Consulate General of France interviews past winner of French Oratory (...)

The Consulate General of France in Louisiana conducted an interview with past winner of the annual French Oratory Contest, Niya Royal, which will be held on November 12th at Ecole Bilingue. Learn more about this event 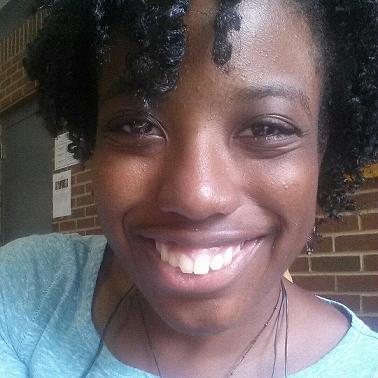 Niya Royal is a New Orleans native and has studied the French language since kindergarten. Today she is an Enlgish major at Birminghan - Southern College in Alabama.

"I love my hometown; I love the language, and this contest has offered me many opportunities and good memories." - Niya

1. Tell us about your background. Where did you go to school, and why did you decide to begin learning French?

I actually went to school at ISL from kindergarten until 4th grade. There was no real decision; my mom just stuck me in the French track instead of the Spanish one because she wanted me to be unique.

2. How did you hear about the French oratory contest? What did you think at first of participating in the competition?

My high school French teacher signed my whole class up since there was only around five of us. I was really excited about it. I believe just before that she had also introduced me to the French slam poet Grand Corps Malade, so I was happy to have a place perform it.

3. What was your experience in the contest? How did you prepare? What was it like to present before the judges?

I was pretty nervous the first time I competed. I had practiced in class, after class, at home and even then I was nervous when I got there. That long flight of stairs in the school was honestly menacing. The judges made it all better though. They were kind and they seemed to like my poem. Really, it’s the anticipation that gets you. So as long as that doesn’t take over everything, I think the rest goes smoothly.

4. Looking back, have learning French and participating in events like the Oratory Contest helped you succeed in college?

Yes. Mainly because it wasn’t until I got to my school that I realized they didn’t have a French program. It’s definitely heartbreaking but it’s taught me that I can be self-sufficient and learn in other ways outside of a classroom. Learning French and competing in this contest has given me so many opportunities. It’s reason why I was able to go to on a trip to France at all. One of the judges, had seen potential in me and suggested I go to ALCFES and that was where I won a scholarship to go to Vichy.

5. What are your goals for the future?

I hope to study abroad in the near future, preferably France obviously, but then I want to keep traveling. The biggest impact learning French has had on me is that I’m much more aware of the world outside of the United States. Ever since I was a little girl, conversing in French with the African hair-braiders down the street, this is what I wanted.