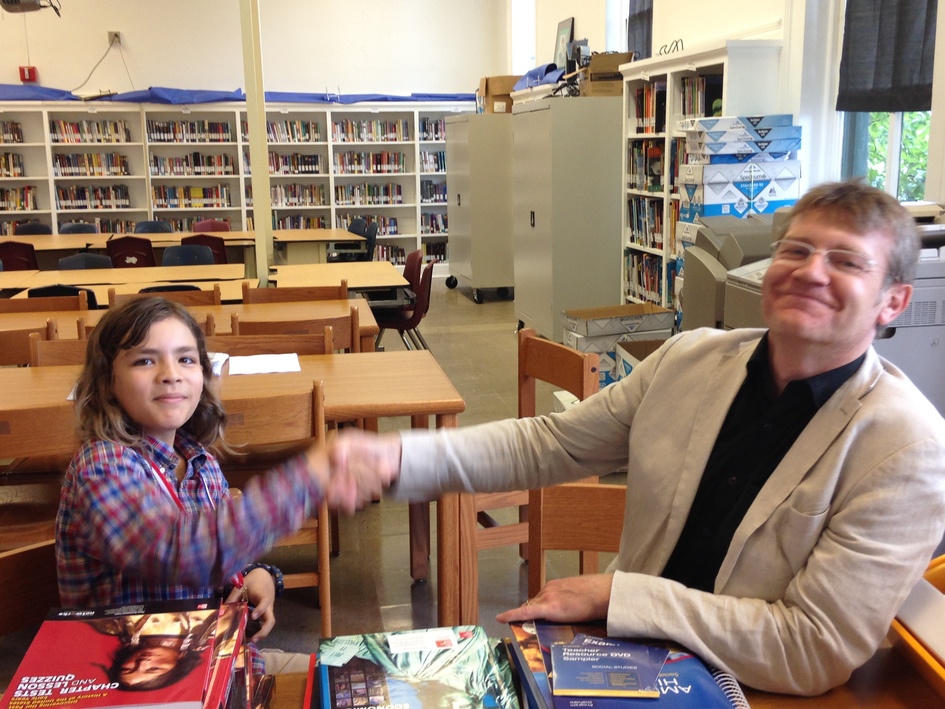 The Consulate General of France in Louisiana would like to recognize the incredible work of two students.

Derek Witzig, of Audubon Charter School, was chosen to participate in the International Grand Finale of La Dictée P.G.L.

This international contest is organized by the Paul Gérin-Lajoie Foundation and open to children from kindergarten through high school. At the competition, 3 children from 5th and 6th grade faced the challenge of the “dictée”.

From among those students, two American candidates stood out and will advance to the International Grand Finale on May 24 in Montreal: a student from Palo Alto and Derek Witzig, who will represent New Orleans! 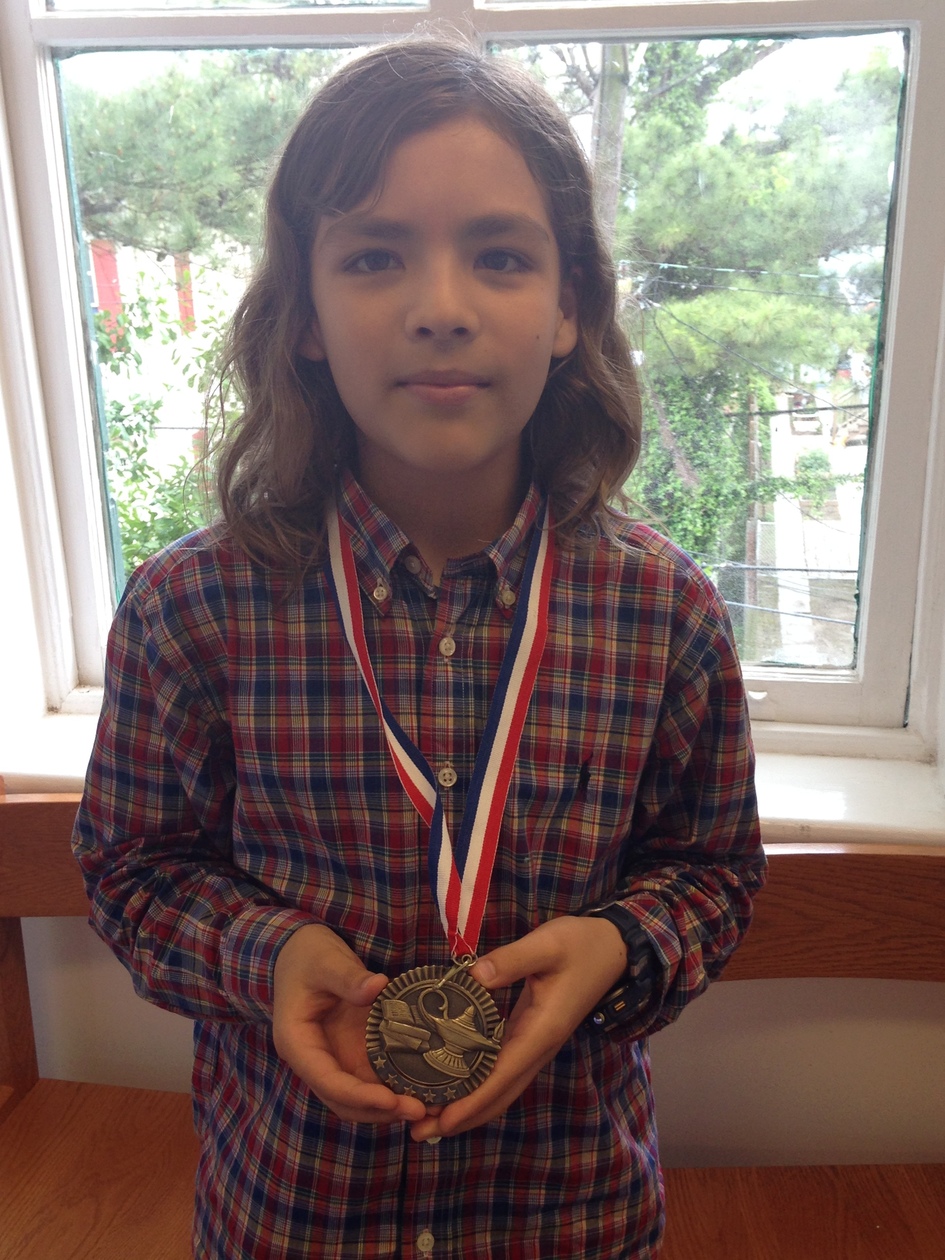 Derek and his medal

Over 700 young people took part in the contest, and only 100 of them will participate in the International Grand Finale. The theme this year is “Education for a Better World”. 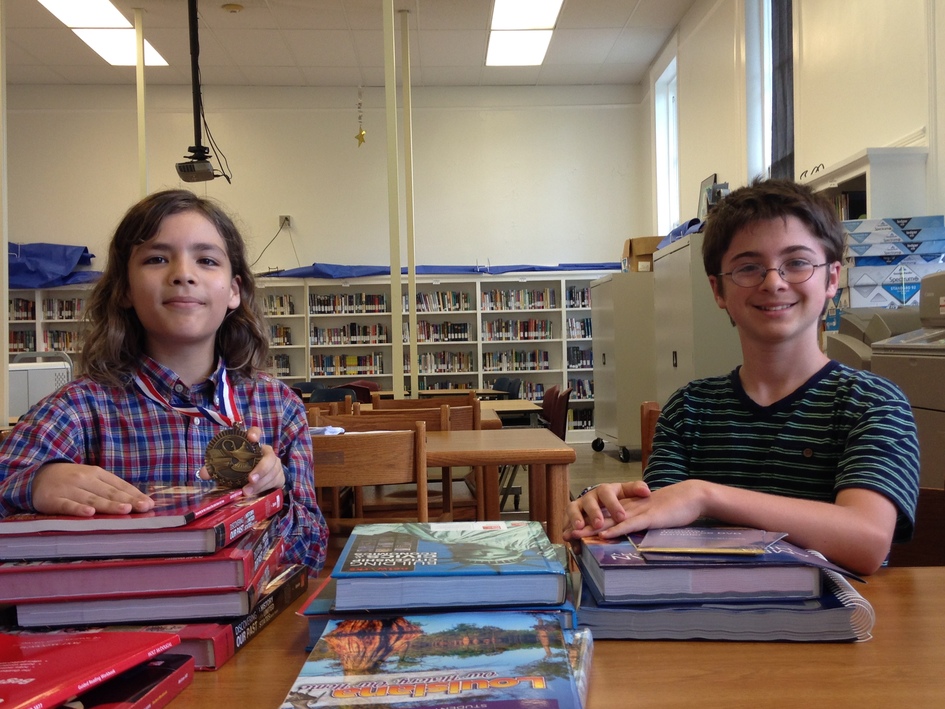 Audubon Charter School is represented for the second time this year. Last year, Joaquin Gómez was chosen for the contest. Both candidates from Audubon are American and native English speakers. Derek’s parents are of American and Peruvian origin, and they have expressed their pride and appreciation for having immersion programs accessible to children in Louisiana. 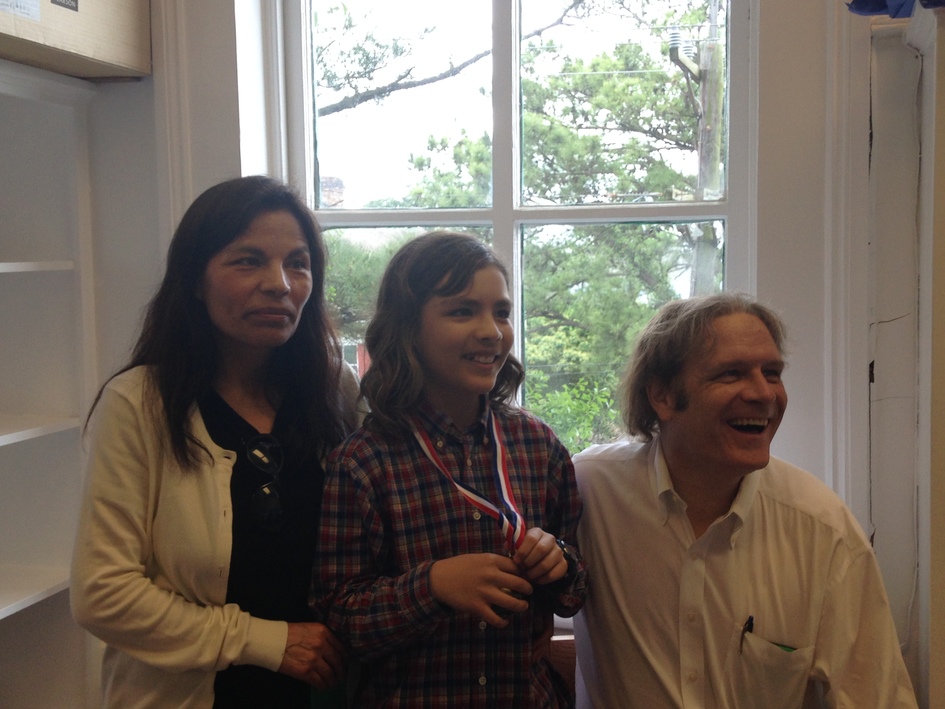 Derek and his parents 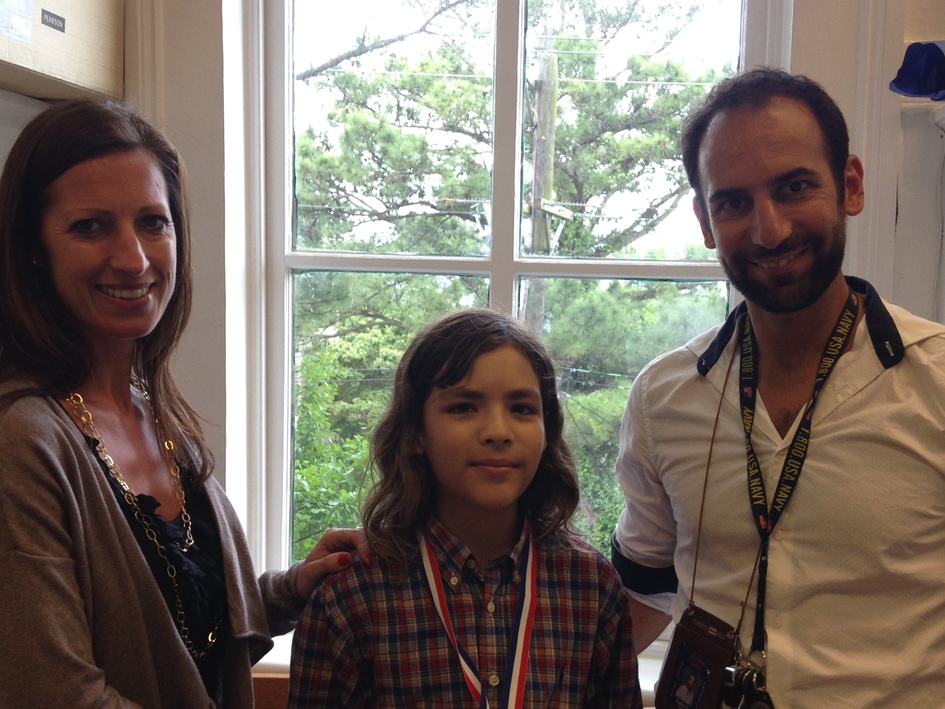 In addition, on April 14, the Consulate General of France and the French program at Audubon had the pleasure of awarding the prize for the poetry contest, “Les Cenelles”, to Elsa Trumel. 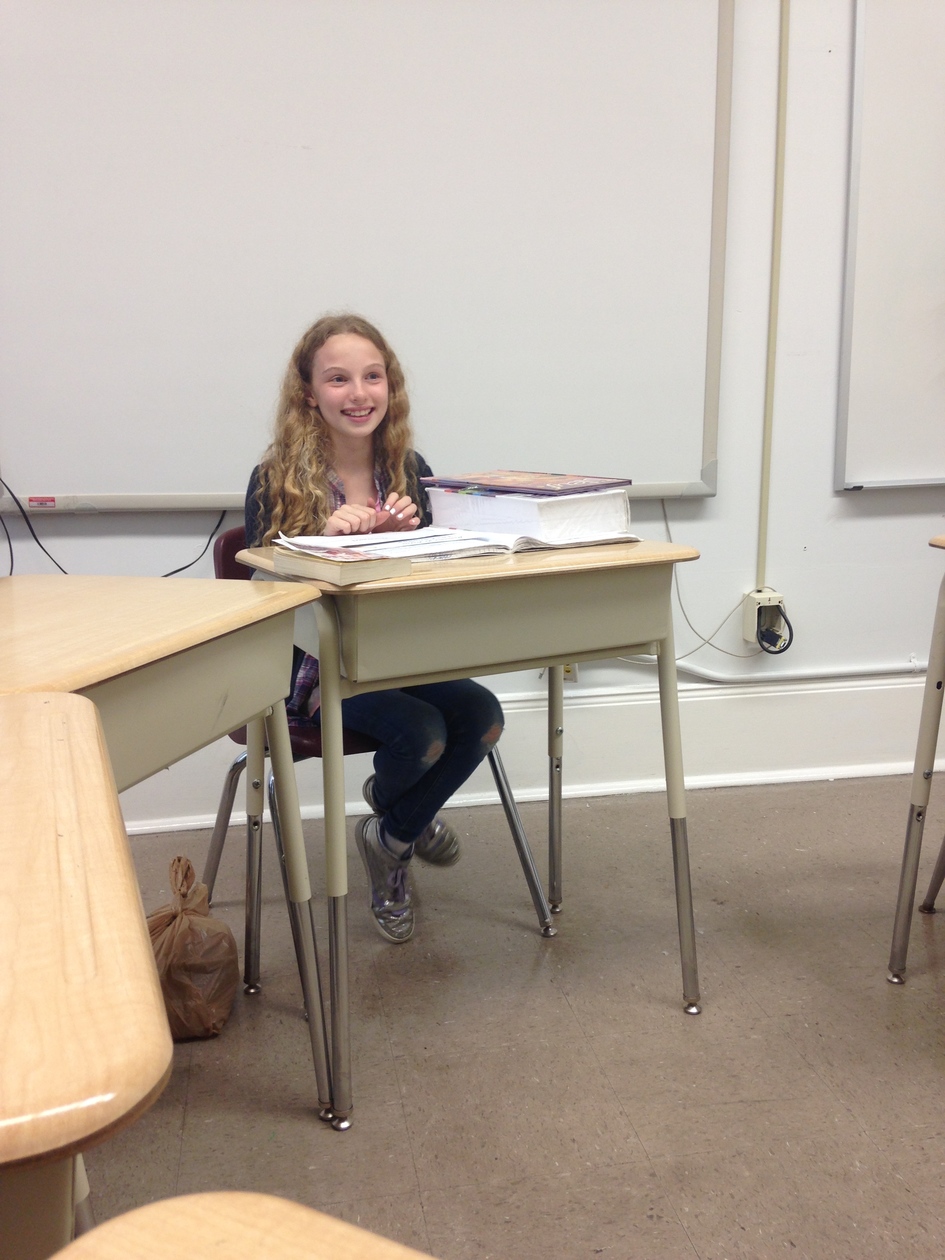 The contest is inspired by an anthology of Creole poetry (in French) written in New Orleans in the 19th century. In honor of this work, Zachary Richard, poet laureate of Louisiana, began a poetry contest for immersion students from 4th to 8th grade. A winner is chosen by grade and by style (sonnet or free poetry). 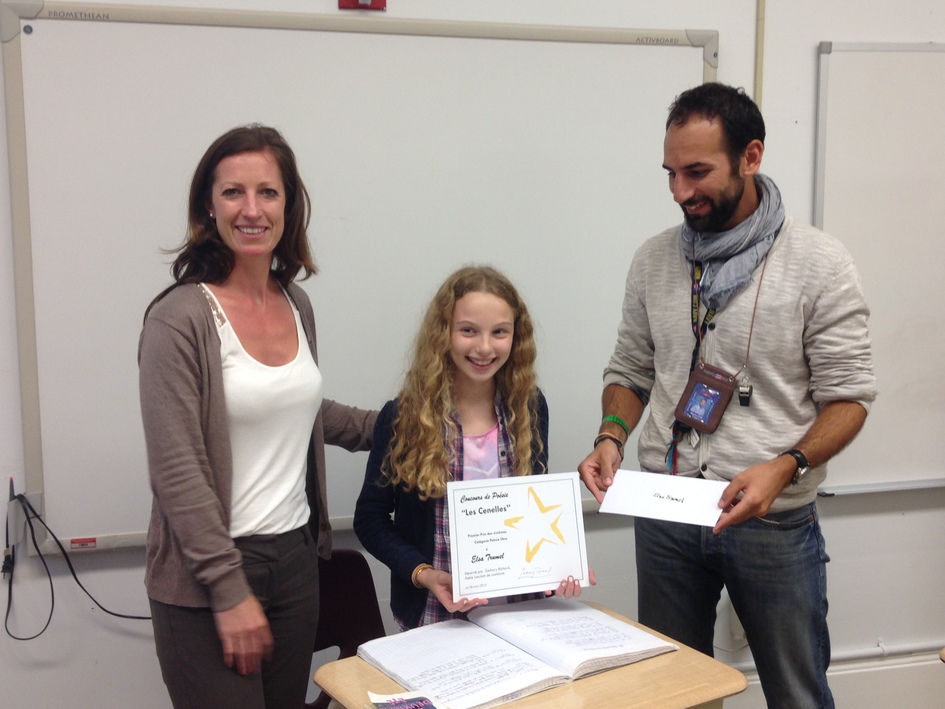 By anonymous vote, Elsa was chosen from the candidates in her category for her sonnet “La Nouvelle-Orléans”.

You can read Elsa’s poem below:

The Consulate General of France congratulates these two exceptional students!