Mr Sciama was eager to visit more immersion programs across Louisiana after visiting the certified schools of New Orleans during his first month on the job. 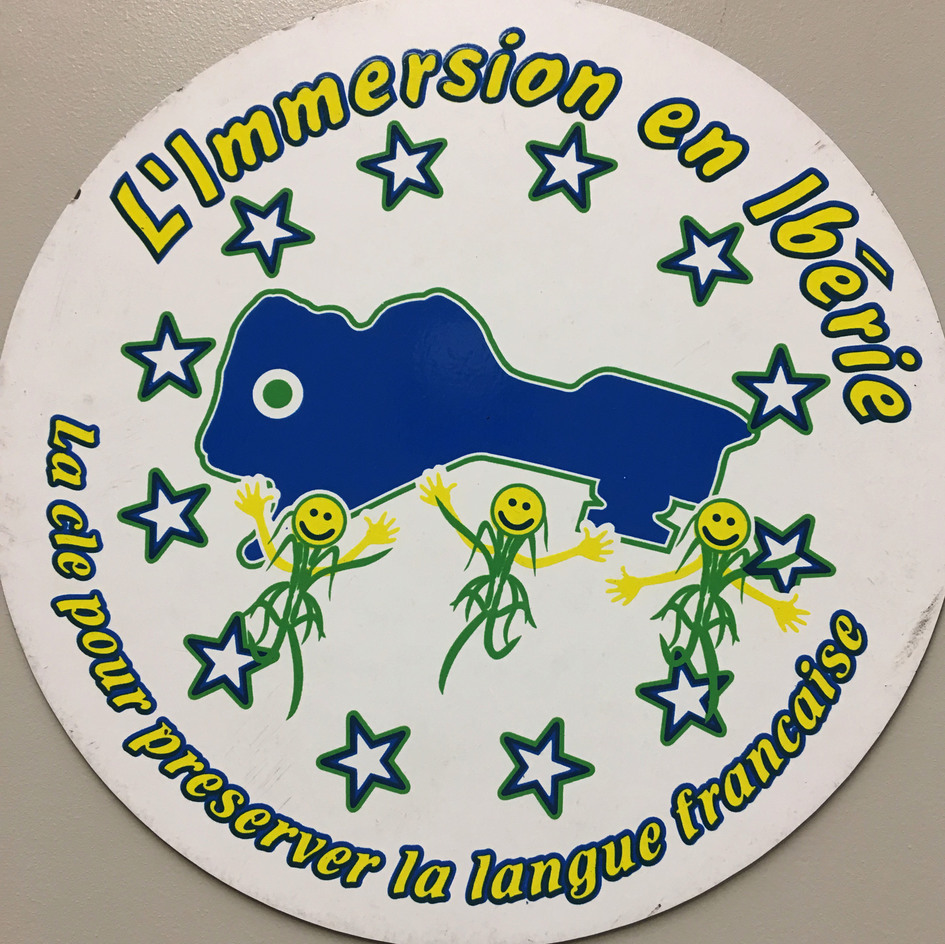 The Consul general was very pleased to meet the educational community, to speak with Codofil teachers and interact with French immersion students. The inquisitive students were not the least bit shy, and were eager to speak with the representative of France in Louisiana. The fifth graders spoke an excellent level of French, proving that the continuation and the conservation of French and francophonie are on the right track in New Iberia. Interacting with the young kindergarteners was also a wonderful moment. Many had just begun their first weeks in the immersion program, and their joy of learning French and in French was evident. 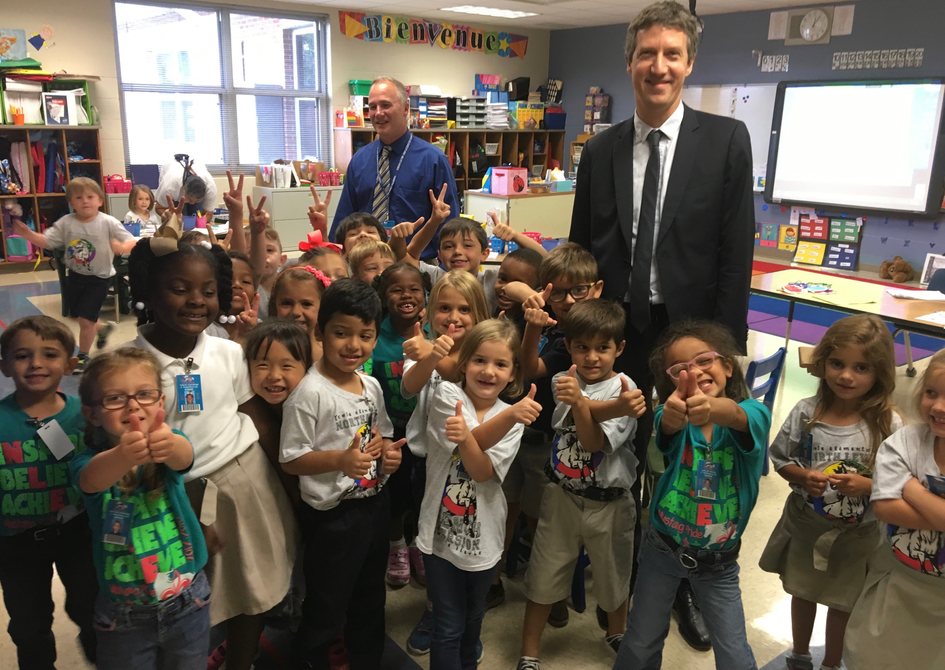 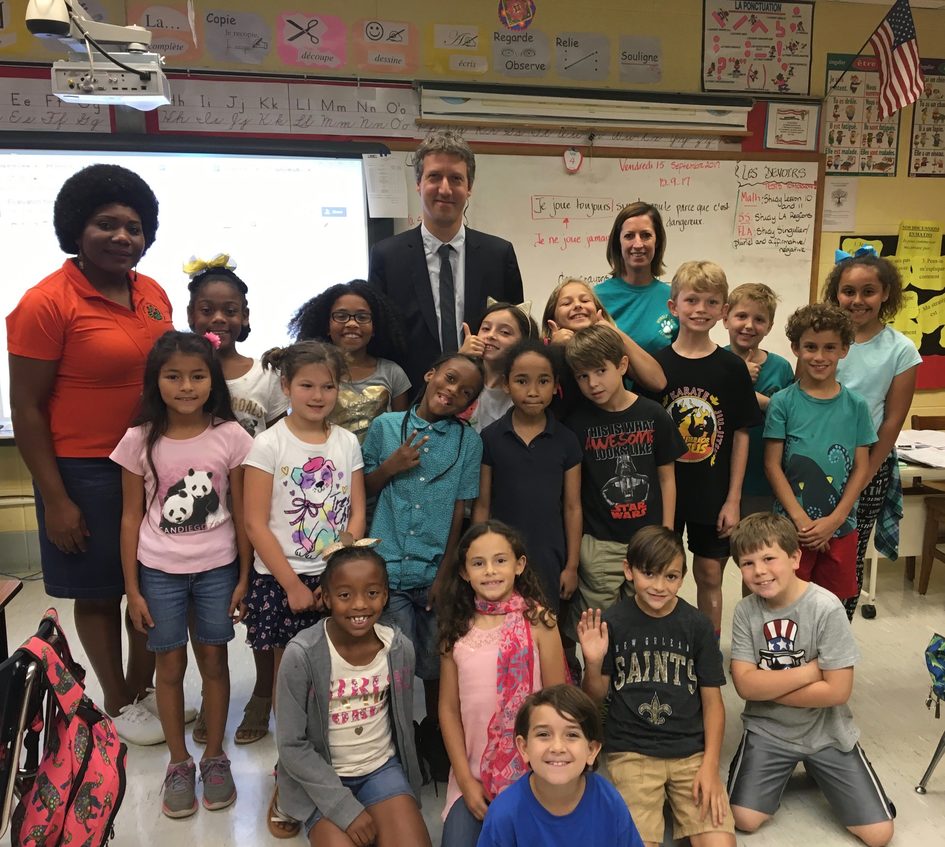 Their meeting highlighted the importance of immersion programs in public schools in Louisiana, especially with regard to academic excellence, bilingual education, and future professional opportunities for students. They also discussed the challenges and future growth potential of the immersion system, identifying areas of progress and improvement. Afterwards, Mr. Sciama and Mr. Houali visited the campus accompanied by a Principal rightfully proud of his educational team. They spoke French with students, and met with Codofil teachers old and new (from France, Belgium, Canada, Haiti ...). The newest Codofil recrutes, who have only been in Louisiana for a few weeks, offered their first impressions of different education system. While the curriculum is demanding, students benefit enormously as the teachers enrich their practices and professional experiences.

That afternoon, the team was warmly welcomed by Principal Catherine Bricelj and Assistant-Principal Jarvis Hebert at Myrtle Place elementary school in Lafayette, where certain number of former Codofil teachers are working hard to promote French language and culture in one of the most innovative immersion schools in Louisiana.

The immersion programme at Myrtle Place expands with each passing year and will hopefully soon offer a complete immersion experience in a few years. Once again, meetings with the educational team were fruitful and the students seemed thrilled and honored to meet the Consul. 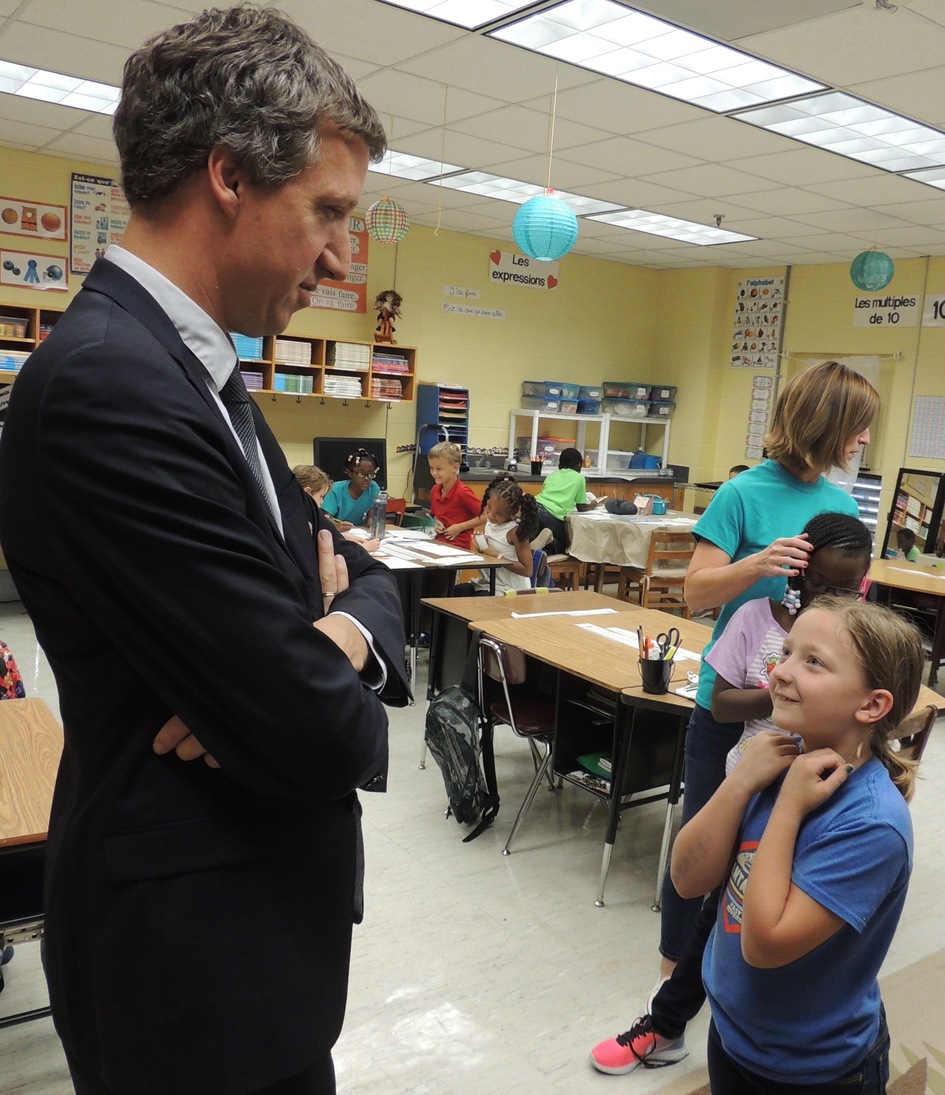 Mr. Sciama had a special announcement to make in each of these establishments- both North Lewis Elementary and Myrtle Place received the prestigious LabelFrancEducation.

He officially announced the good news over the school intercom system.The LabelFrancEducation is a prestigious certification from the French Ministry of Europe and Foreign Affairs which recognizes excellent bilingual institutions all around the world.

North Lewis Elementary of New Iberia, Myrtle Place Elementary, and Paul Breaux Middle School of Lafayette are three of the nine schools in the United States to receive this distinction. 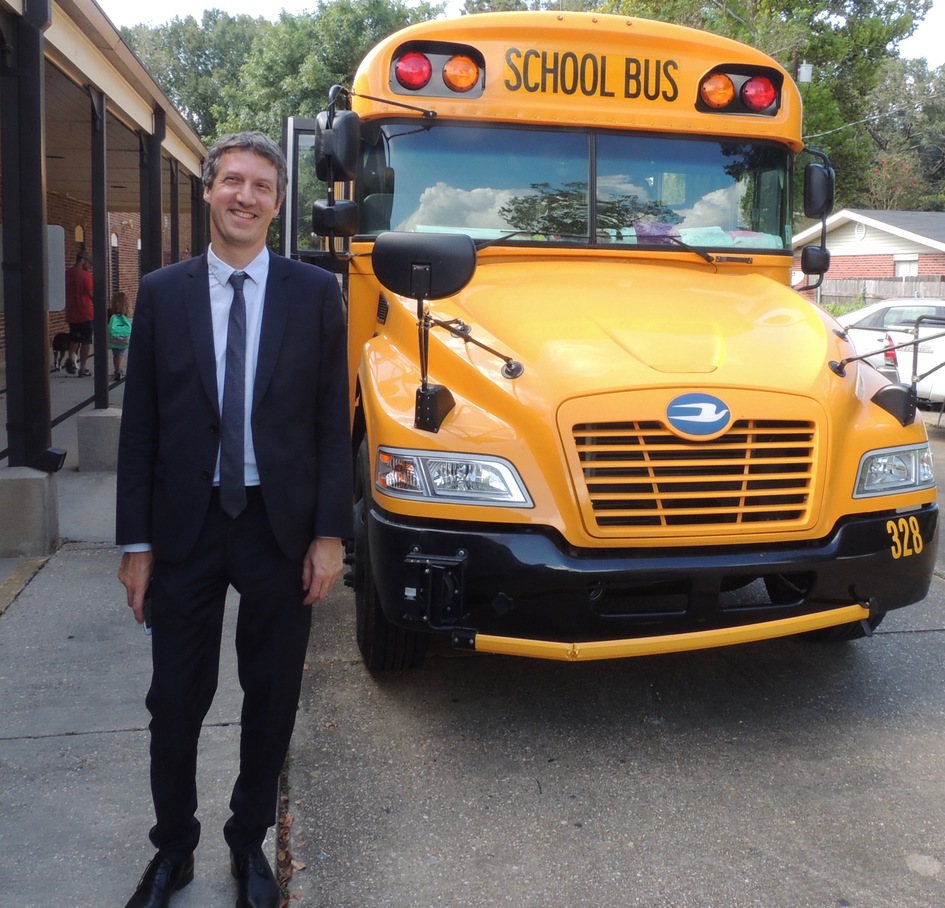