The Consul General of France in Brittany [fr]

As part of the partnership agreement of the Region Bretagne with the state of Louisiana and CODOFIL, the Consul General of France went to Rennes for a meeting with Mr. Emmanuel Ethis, Superintendent of the Academic Region of Brittany, Mr. Manuel de Lima, Academic Delegate for European and International Relations and Cooperation, all the different heads of Schools involved in the partnership, and Mr. James du Vernay, Consul General of the United States in France for the Great West.

This partnership established the Anglo-American International Opening Course Project, which was set up in September 2017 in public schools in the city of Vannes. This was followed by a visit to the Jules Simon and Saint Exupéry Junior High Scools, which are part of this program. It was an opportunity for the Consul General and his American counterpart to encourage and congratulate all stakeholders on this great project : school heads, students, teachers and parents.

The visit ended with the graduation of students who completed the International Course cycle. This was built on the enhanced practice of English, the discovery of North American cultures, and exchanges with Louisiana and Ontario. Successful as soon as it opened in September 2018, it was enriched by an American International Section at Lesage High School. This high school and the Jules Simon College were represented in the delegation that has just visited Louisiana last May.

Finally, the Consul general met with Mr. David Robo, Mayor of Vannes, to discuss the region’s strong economy, which attracts a growing English-speaking community, and to work towards the creation of a larger pool of families ready to welcome Louisiana students for short stays in Brittany. 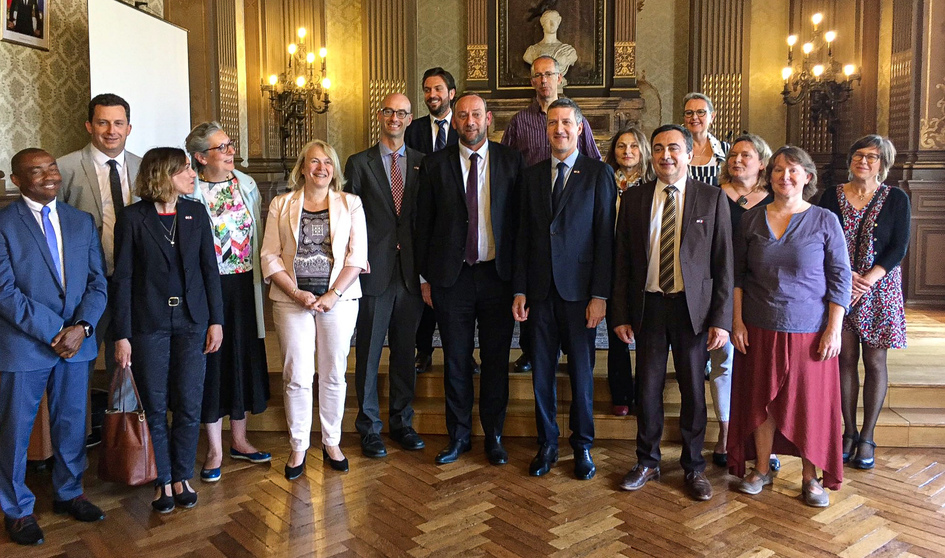