The Consul General Travels to Shreveport

On November 15 and 16 2017, the Consul General visited Shreveport and Natchitoches.

Upon the invitation of Shreveport’s French Film Festival organizers, Vincent Sciama and Nicolas Torres, our attaché for the cooperation of French, participated in a dinner and debate following the projection of the film "L’Avenir" directed by Mia Hansen-Løve starring Isabelle Hupper.

The 12th edition of this successful festival was made possible thanks to a collaboration between the Consular and Cultural Services of the French Embassy in the United States, the Centenary Film Society, and the Community Foundation of North Louisiana. "Le Centre National du Cinéma et de l’Image Animée", the "Fonds Culturel Franco-Américain", and the "Fondation Florence Gould" also supported this project. Dozens of French films were available throughout the week at the Robinson Film Center, which organized this festival.

Mr. Sciama and Mr. Torres were also able to meet with the President of Centenary College, Mr. Holoman, along with Prof. Dana Kress, who also happens to be our Honorary Consul in Shreveport. Centenary College is a major supporter of francophonie in Louisiana, and is among the top institutions of higher education in the country. Its strong emphasis on the French language is evident- each admitted student begins their academic training with three weeks in an immersive program in Paris (Centenary in Paris). Centenary College has also signed agreements with ESPEs in Rennes, Guadaloupe, and Martinique to further develop the TAPIF/Escadrille program, which was created to train Louisiana French teachers to teach in French immersion programs across the state.

Towards the end of his trip, Mr. Sciama went to Nachitoches to meet with specialists from the Hospitality Management and Tourism department of Northwestern State University to explore potential areas of collaboration in this essential element of the Louisiana economy. 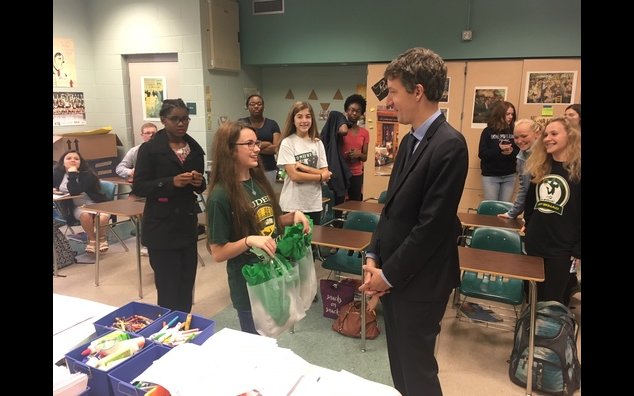 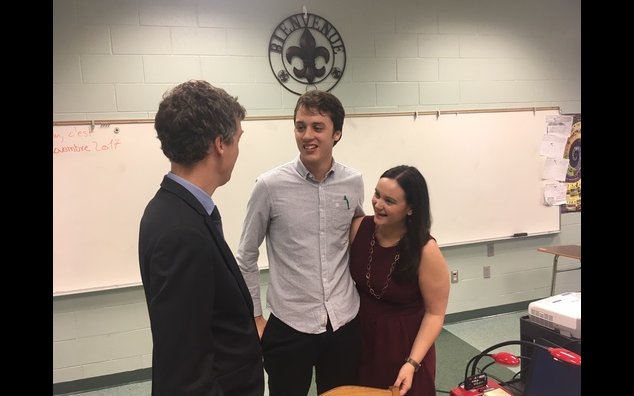 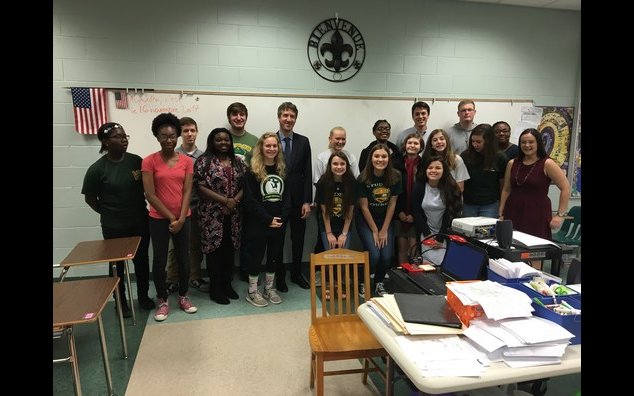 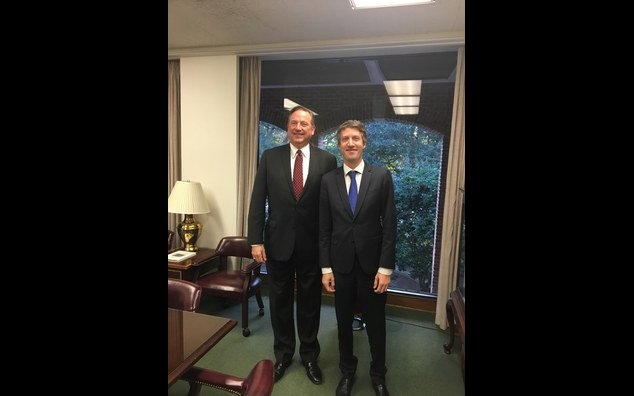