The Consul General Speaks at the Tricentennial International Welcome Ceremony

Consul General Vincent Sciama took to the stage in Jackson Square to deliver a special message to New Orleanians in the name of France. 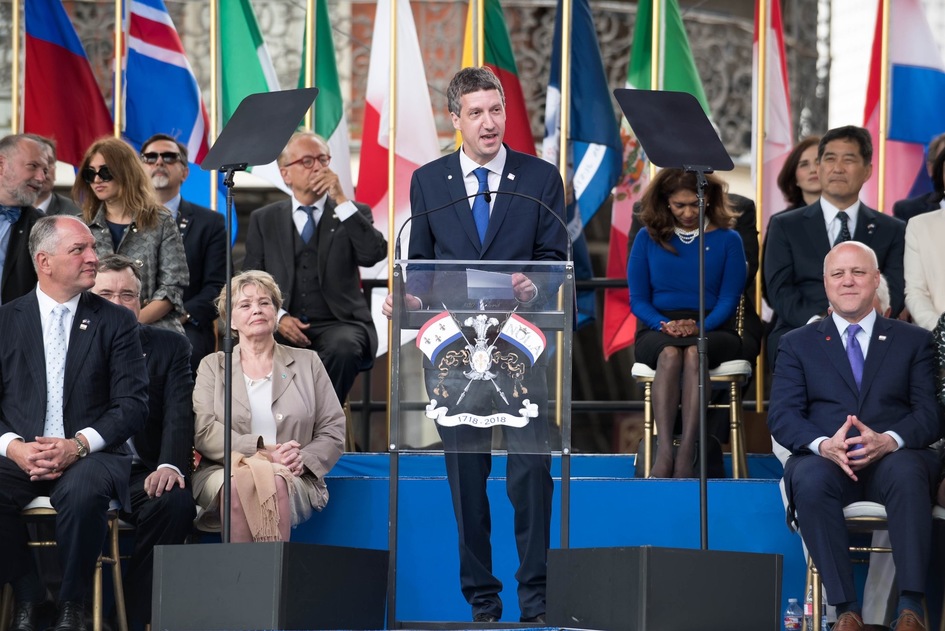 Here we are. Finally. Gathered together for this great event, the 300 years of the founding of New Orleans.

As you may imagine, we, the French, were very excited and impatient about this special anniversary, and is my great honor to be with you this morning, to celebrate this Tricentennial.

Since a Frenchman, Sieur Jean-Baptiste Le Moyne de Bienville, founded the city and gave its name as a tribute to the Duc Philippe d’Orléans, Regent of France, my country has always been a part of the life of the city.

And that bond remains strong three hundred years later. Many people in Louisiana, and particularly in New Orleans, rightly claim a French heritage, and it is obvious that we can still see traces of our common past strolling down the streets of New Orleans. We are standing in front of Saint Louis Cathedral, just to give you an example. 250 000 people in Louisiana can speak French, and we are happy to have 4 excellent French immersion schools in New Orleans. There is not a day where I don’t meet someone in the city telling me they have learned, to some extent, French. It never fails to make me so happy.

I had prepared a long speech, but I would rather be brief and deliver in the name of my country, France, a country among many others that has influenced your incredibly vibrant and international city, two messages:

The first one is that it is our pride to be part of the fabric, since its beginning, of such a unique city. Yes, we, the French, are so proud to be part of the rich history of your city and, 300 years after its founding, to still be here. My consulate was founded in 1803, following the Louisiana Purchase, and we very much hope to be here for the next 300 years to come.

Of course, the history here also has had its dramatic and painful moments. You have been hit regularly by natural disasters, and we know how cruel nature can be. Katrina put the city on its knees. But you also proved the world that there is no challenge you cannot overcome. France and many countries did their part to help you in the aftermath of Katrina, but it is you, citizens of New-Orleans, that lead the way in many regards: not only reconstructing the city, but building it as it should have been, improving the mobility of the inhabitants, finding new solutions for the levees, turning to green tech, building entire new districts, schools, attracting back not only tourists, but new investments that will pave the way for the future. You impressed the world.

My second message is simple and loud: merci, thank you, New Orleans! You have this special touch, this magic few cities in the world can claim. Vibrant, resilient, and future-oriented, you are a city like no other. And it is thanks to you, citizens of this incredible city, tourists, passers-by who know it came a long way and it will always be on its feet, in spite of hardships on its way. That is the reason why this city is so special to France, and that is why you have here 100 000 French visitors per year. And we know how gracious and welcoming you are to your visitors.

New Orleans, you have always been a promise:

a promise for a better future when Lemoyne de Bienville founded the city.

a promise for innovative solutions in front of hardships.

and a promise of unity and diversity, given not only the geographic situation of the city, but also the origins and activities of its inhabitants.

New Orleans, you kept your promise to the world, and we are so grateful you are true to yourself! So you can count on France, and on the French consulate here, to keep the ball rolling and keep working with you on many projects and always to be on your side. 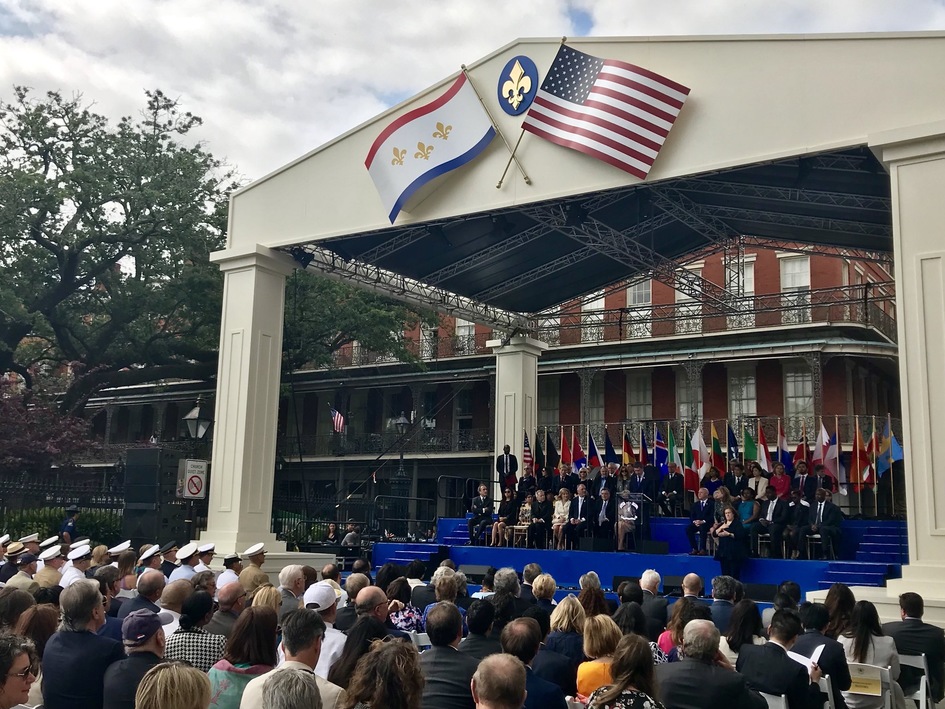