On Monday, August 17, 2015, Audubon Charter School re-opened its doors at the 428 Broadway Street in New Orleans. The school, which boasts both a Montessori and a French-immersion track for its students, was moved to a temporary campus in Gentilly in 2011.

In a reception hosted in the school’s bright new cafeteria space, teachers, students, local officials, and representatives of the community celebrated the long-awaited achievement. 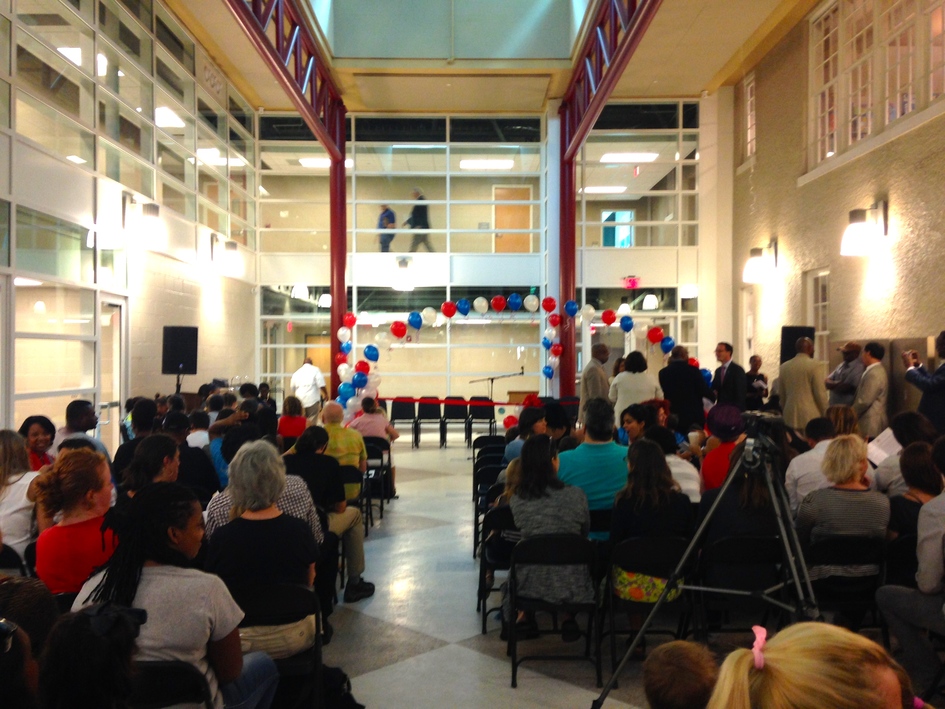 Consul General Grégor Trumel acknowledged the French government’s long-held commitment and pride in supporting French education in Louisiana, as well as the significant contribution of immersion education. By the way, French government helped Audubon Charter School to re-open its classes after the tragedy of Hurricane Katrina, ten years ago. Mr. Trumel also applauded the school’s ranking as Energy Efficient LEED Silver building, a few months before the UN Climate Conference in Paris (COP21).

The renovated building with a new addition is approximately 56,000 square feet and will house the lower campus, which consists of grades Pre-K through 3. The building, which has a maximum student capacity of 300, includes 15 core classrooms, Special Education classrooms, a media center, a computer lab, an art classroom, a science lab with prep room, and a music/multipurpose room. 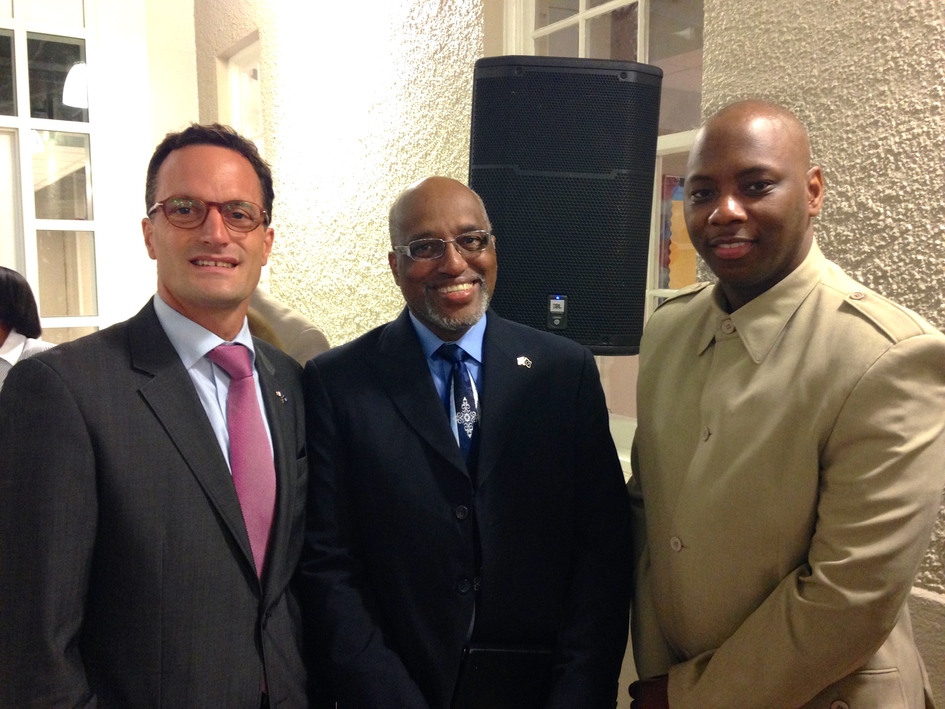 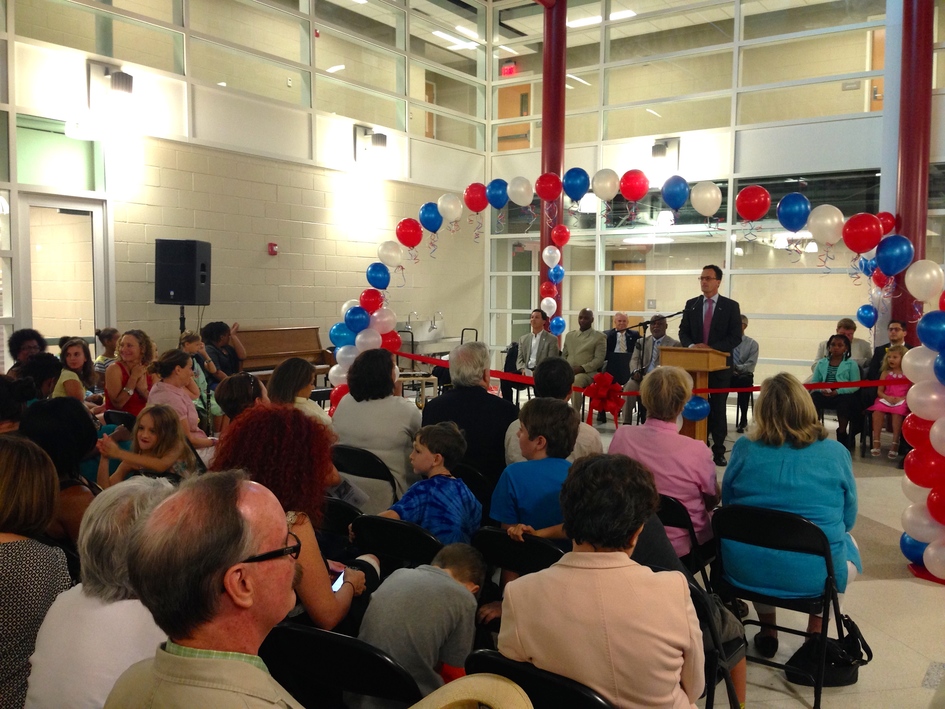 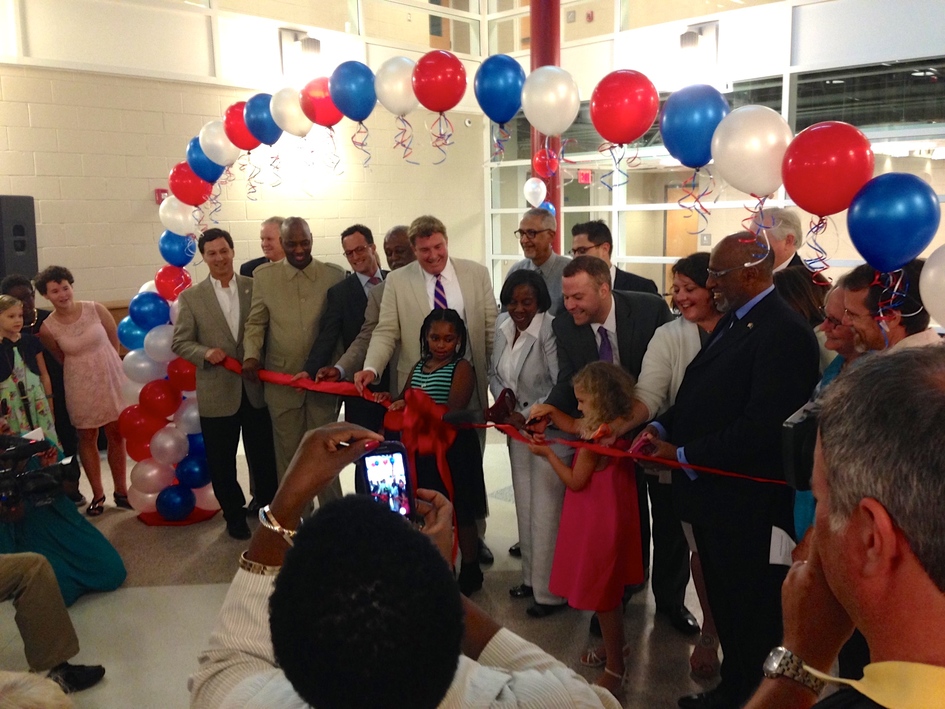 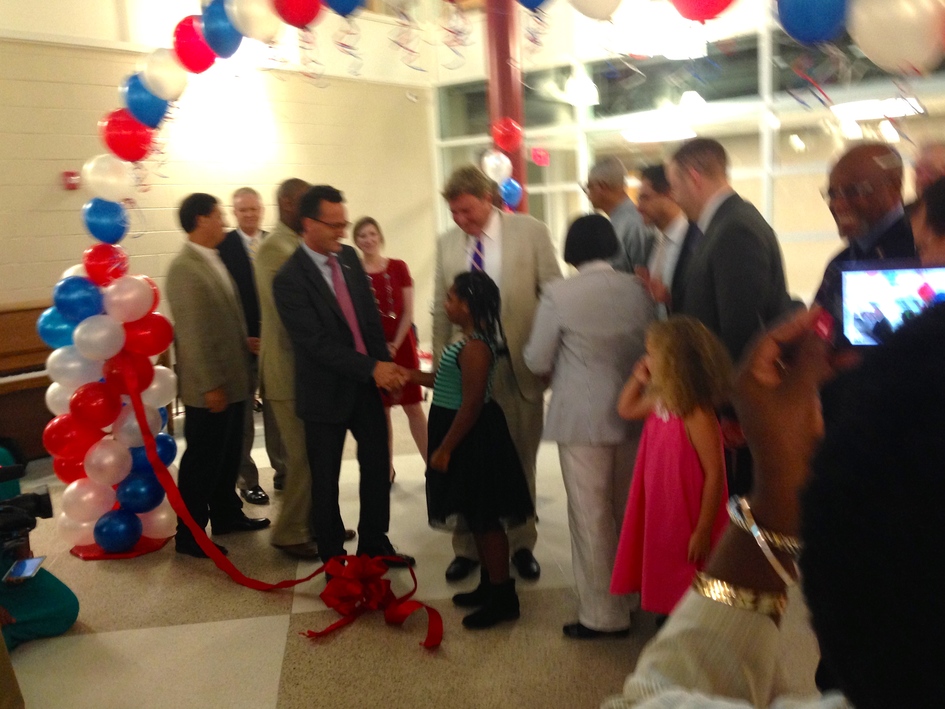 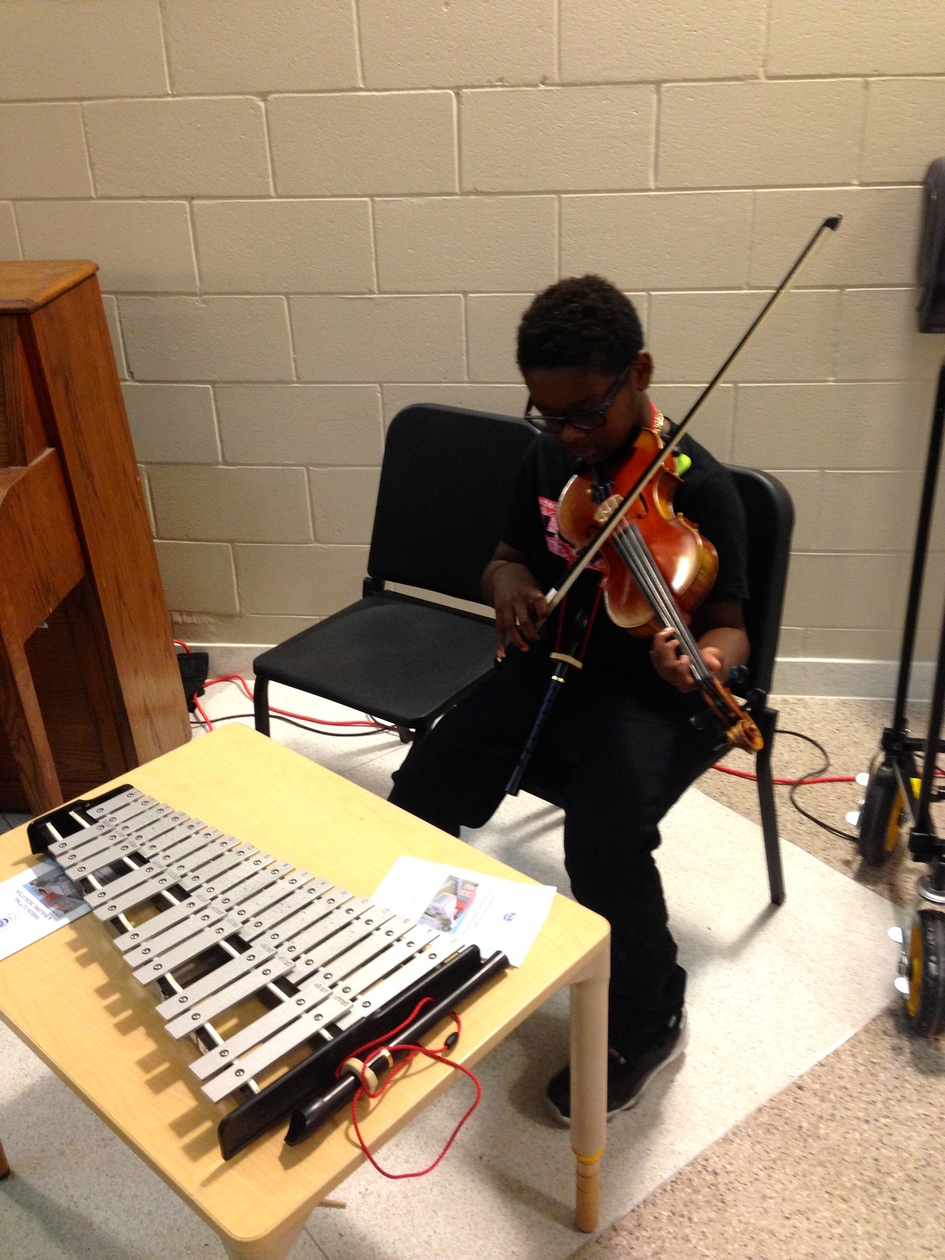 Students entertain the crowd with music 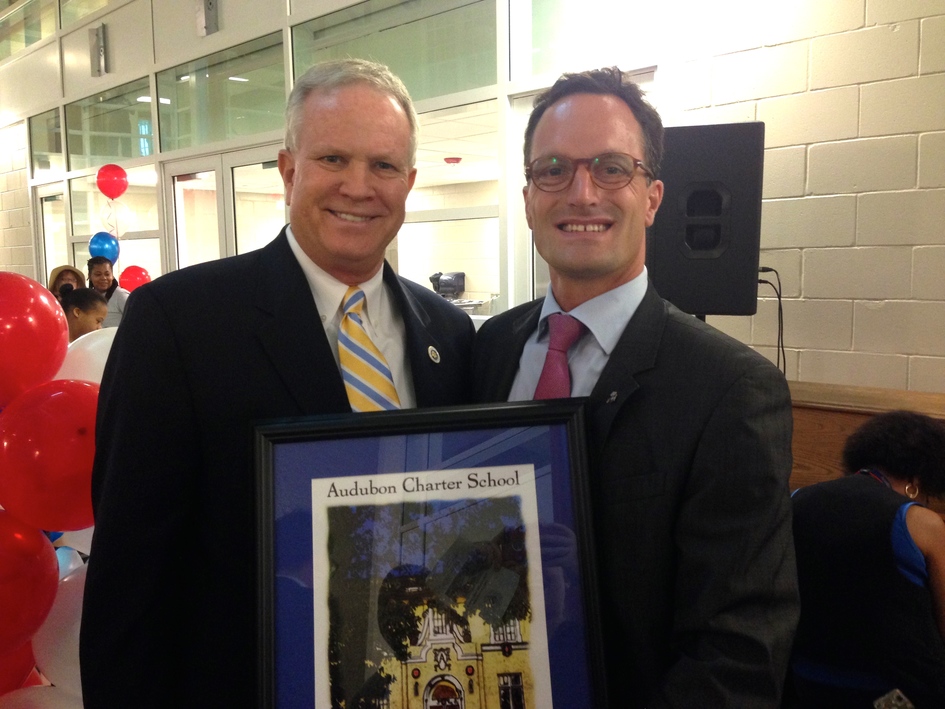 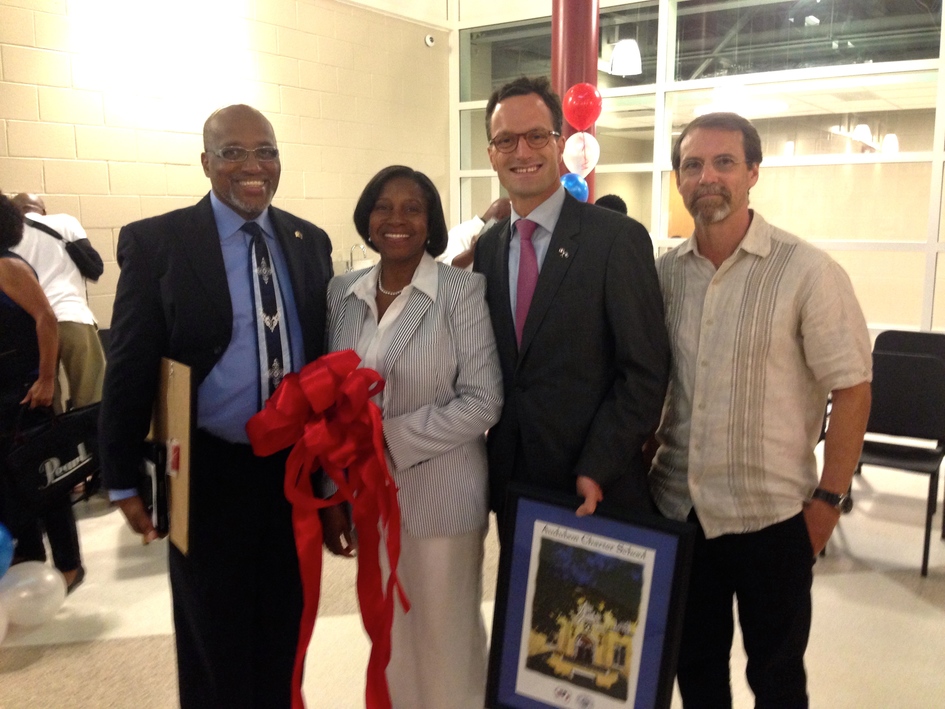 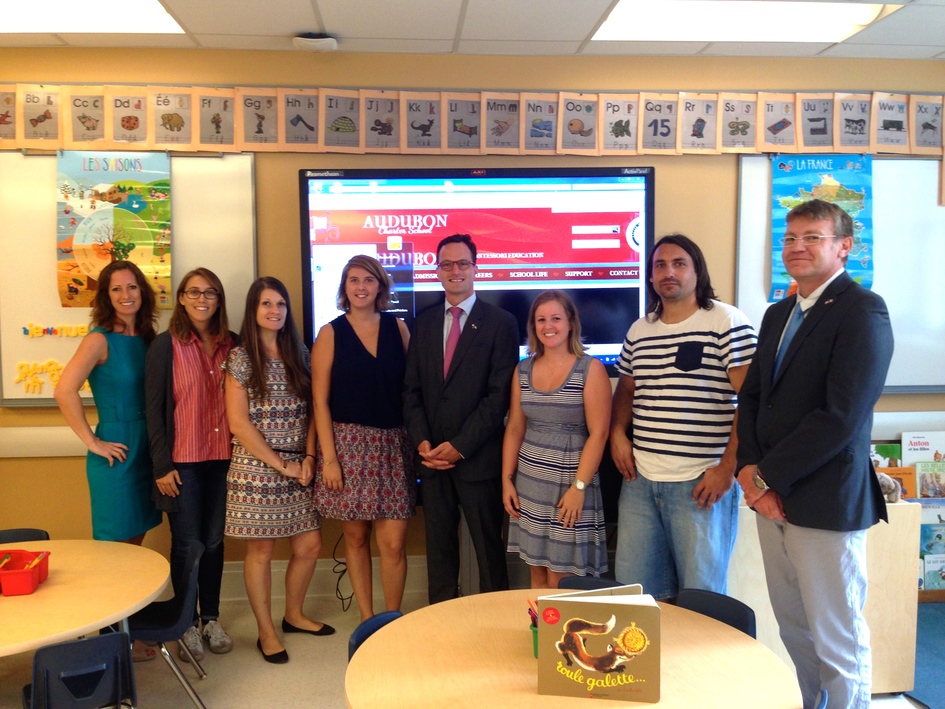 Read the article on Uptown Messenger