“This was the first place in the United States explored by the French”, according to Plaquemines Parish President Amos Cormier III.

While most think of Lafayette and its surrounding areas as the center of Louisiana French, Plaquemines also contributes to Louisiana’s distinct genre of North American francophonie. 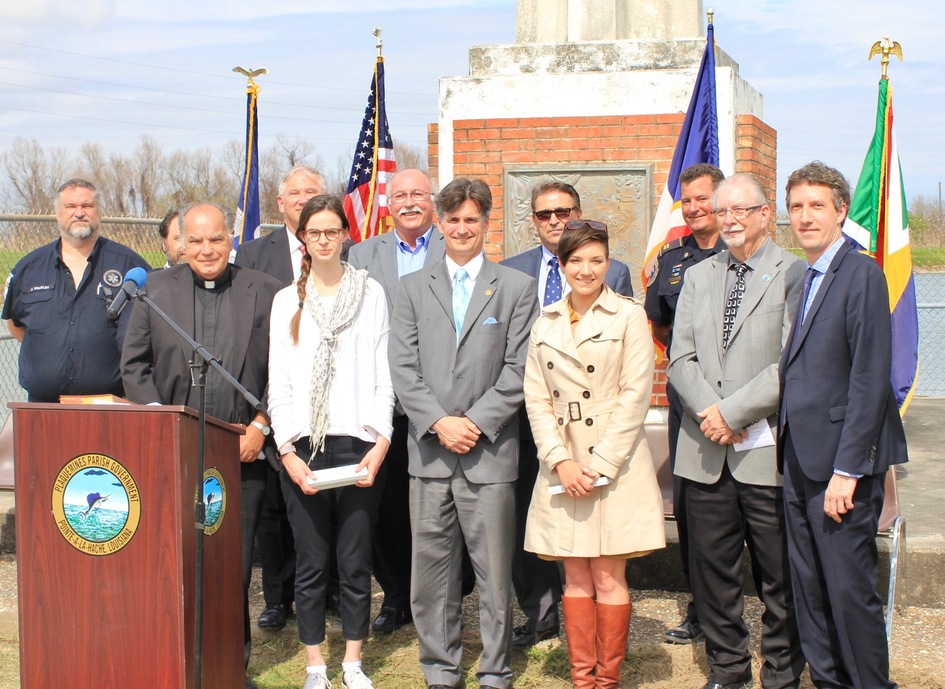 On Friday March 16, 2018, Consul General Vincent Sciama and a delegation from the Consulate visited the parish just south of New Orleans to discover the region and explore potential opportunities for collaboration.

During an initial meeting between the Consulate and representatives from the local government, Mr. Cormier heavily emphasized the need to diversify the local economy to lessen dependence on the oil and gas industry. Plaquemines parish is home to the ever-changing Mississippi River delta system. Its waterways are thoroughly used by the shipping, petrochemical, and commercial seafood industries.

Over the past few years, coastal erosion and land subsidence have accelerated, threatening local livelihoods and the fragile marshland. Bearing this in mind, both parties identified their mutual interest in developing a sustainable economy that benefits residents while respecting the landscape and preserving biodiversity.

The fight against climate change was also an impetus for a greener economy. With its unique ecosystem, outdoor recreational opportunities, and its ties to early French colonial history, development of the local tourism economy has notable potential. 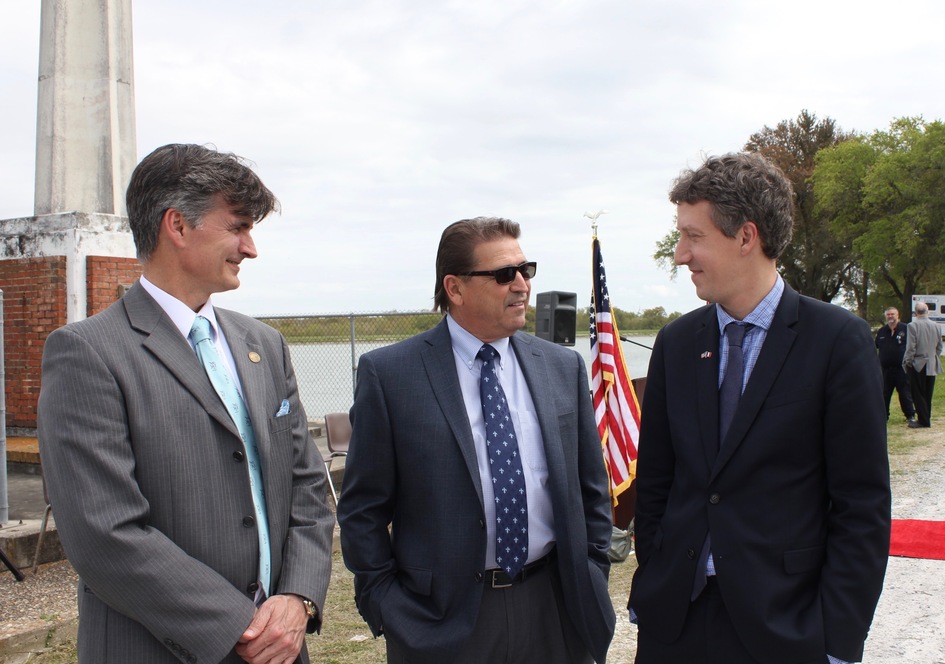 French in Plaquemines parish differs from its Cajun cousin, employing expressions and pronunciation tendencies more closely related to the French dialect spoken by the 19th century plantation society. According the 2010 US Census data, only 1.1% of the population spoke French at home, down from 3.17% in 2000.

The significant decline can be attributed to the approximately 50 000 person exodus from the parish in the devastating aftermath of Hurricane Katrina in 2005. That being said, the Consul general was assured that in Plaquemines parish there is a strong affinity for French language and culture, and that many consider the region “home to the French people”. 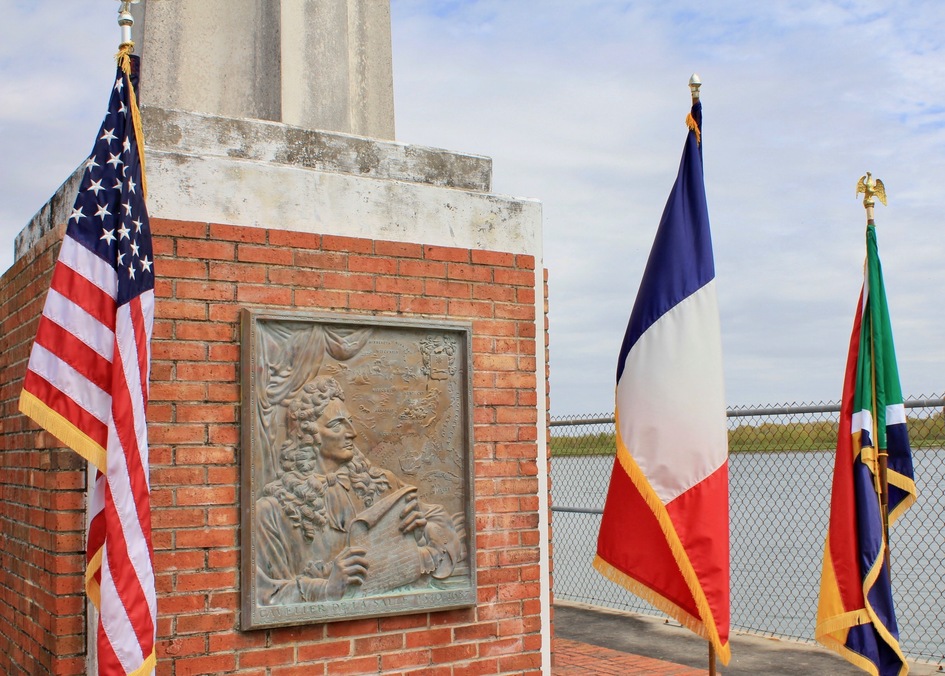 After the meeting and an informal lunch, the delegation discovered evidence of local francophilia at the De la Salle Monument, located near the remains of the Civil War-era Fort Jackson. Erected in the 1980s, the monument commemorates Cavalier René de la Salle’s expedition of the Mississippi river, when he claimed and christened Louisiana for France in 1682.

Just across the river, Bayou Mardi Gras pays tribute to the first Mardi Gras celebrated in Louisiana. It is the oldest place-name of other than Native-American origin in the whole Mississippi River valley. French explorer Pierre LeMoyne, Sieur d’Iberville camped and celebrated at this location with his companions on Tuesday March 3 1699. 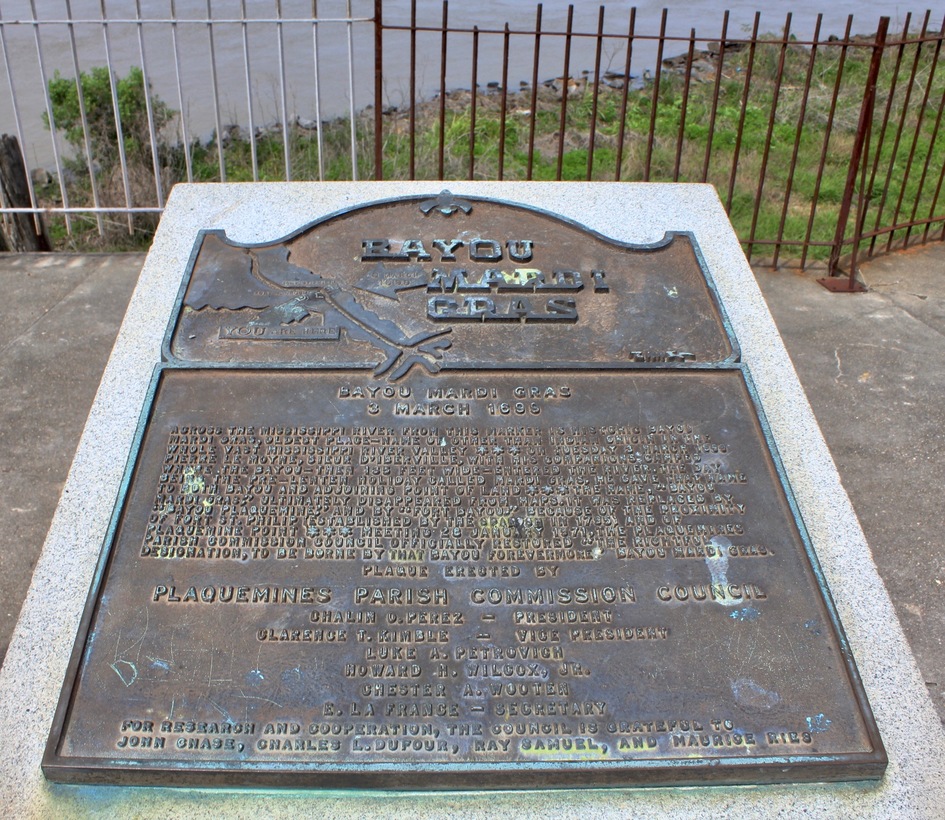 During a public ceremony at the monument attended by local parish officials, Mr. Cormier reminded all of the historic ties between France and Louisiana and the contemporary friendship between the two regions.

Mr. Sciama stated he looks forward to the future relationship between France and Plaquemines Parish, and that “while President Macron says ‘France is Back’, I want to say that Louisiana is Back as well!” 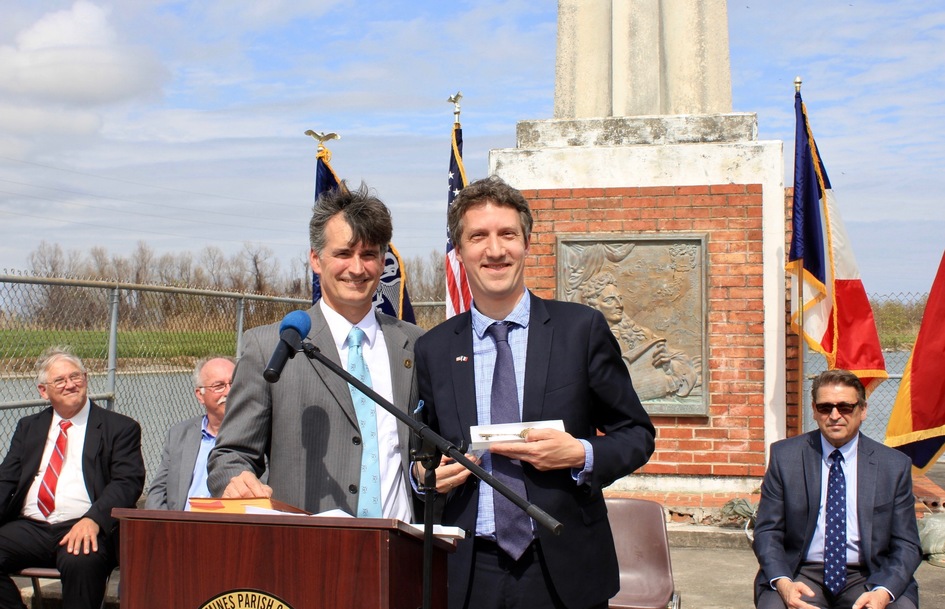 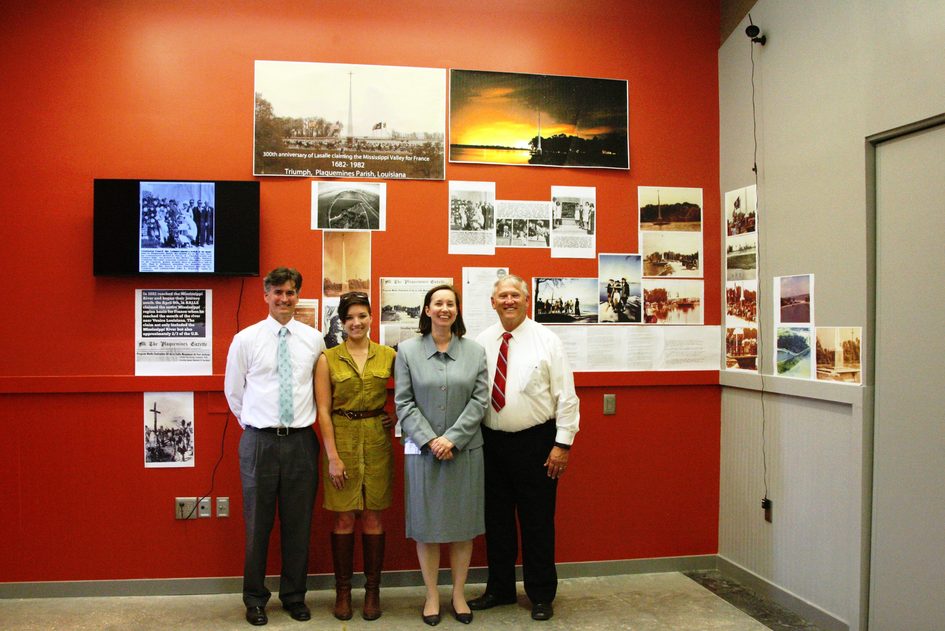 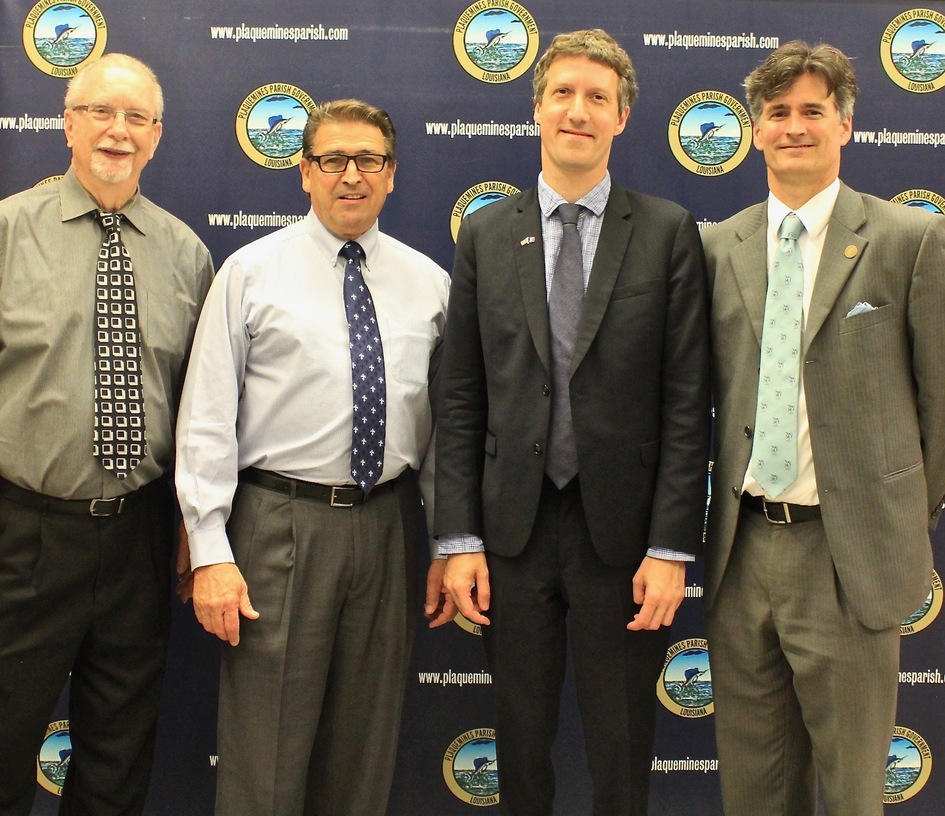