Shortly after arriving in Washington on June 17, the newly appointed Ambassador of France to the United States, Philippe Étienne, chose Louisiana for his first field visit. He was greeted Monday morning at the New Orleans airport by Mr. Vincent Sciama, Consul General of France in Louisiana, for a two-day program, leading them from New Orleans to Houston, through Baton Rouge and the small town of Jennings, in the parish of Jefferson Davis. The first meeting was at Brennan’s restaurant, where the Ambassador of France and the Consul General met the main actors of the economic relations between France and Louisiana to discuss the economic prospects between our two countries and the role of France as the second-largest foreign investor in the region. 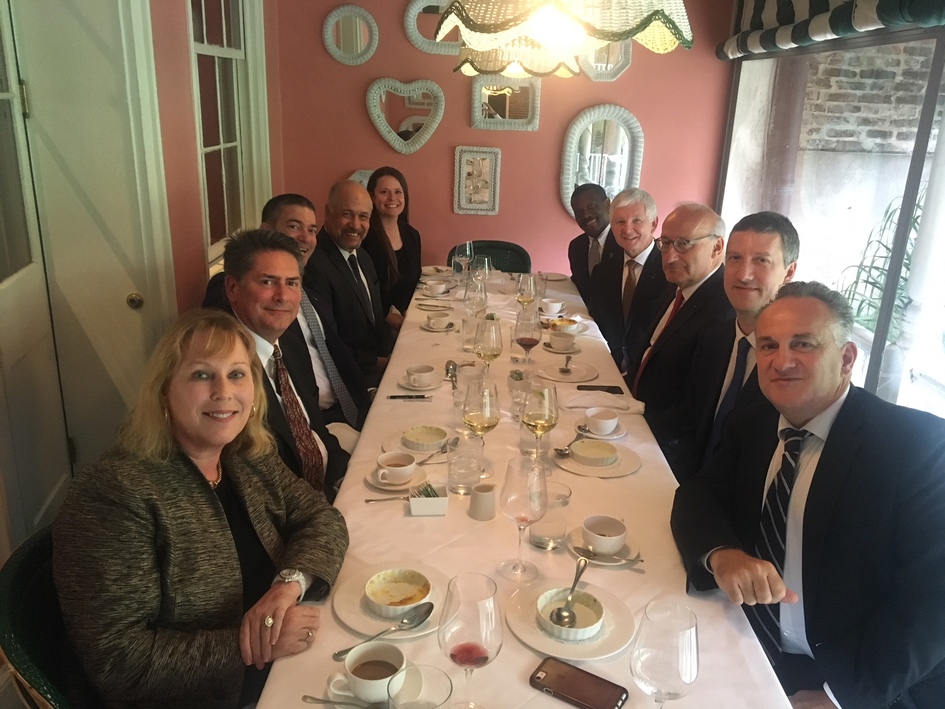 After lunch and a quick tour of the French Quarter, Mr. Étienne and Mr. Sciama went to City Hall where they were able to exchange with Mrs. Helena Moreno, President of the City Council, John Pourciau, Chief of Staff to Mayor LaToya Cantrell, and Jared Brossett, Councilor. The exchanges focused on Hurricane Barry and the means to fight against these phenomena, which are set to increase due to global warming, with the key point being the situation of New Orleans, a city in the front line on climate change. The evocation of these challenges has highlighted the importance of developing public-private partnerships for the environment, public transportation, and tourism. "New Orleans is the perfect example of a resilient city," said the Ambassador of France. 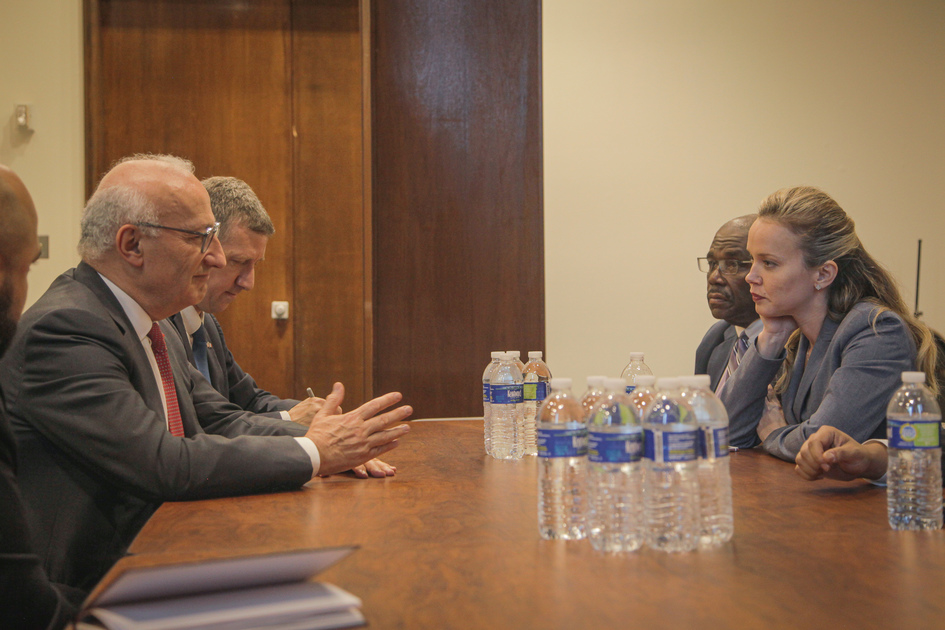 The cultural part of the day then began at Maison Degas, with the unveiling of the marker "Maisons des Illustres" to Mr. David Villarubia, owner of the premises, to pay tribute to the memory of this impressionist master and recognize his special relationship with New Orleans. Founded in 1996, Maison Degas is the only remaining home where the French master lived. Created in 2011 by Frédéric Mitterand, then Minister of Culture, this label seeks to honor, through places of memory, historical figures representing French culture and history and to encourage the public to visit them. The Maison Degas thus becomes, among the 236 distinguished places, the second on the American continent, next to Marguerite Yourcenar’s house in Maine. After the ceremony, Mr. Étienne was able to meet Mr. Daniel Hammer for a tour of the Historic New Orleans Collection, a museum dedicated to the history of New Orleans and the promotion of local contemporary art. 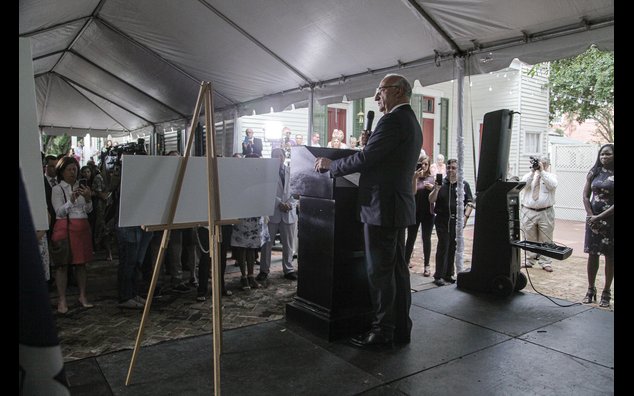 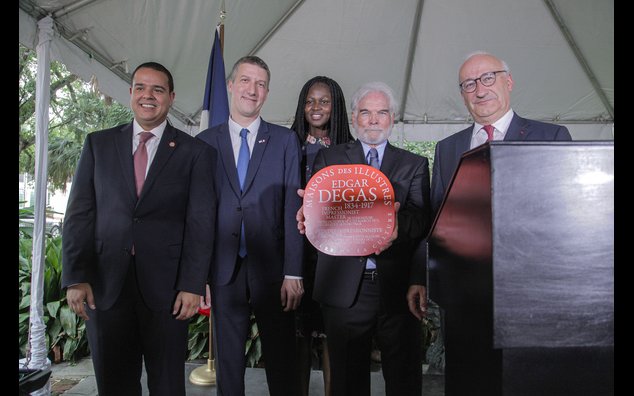 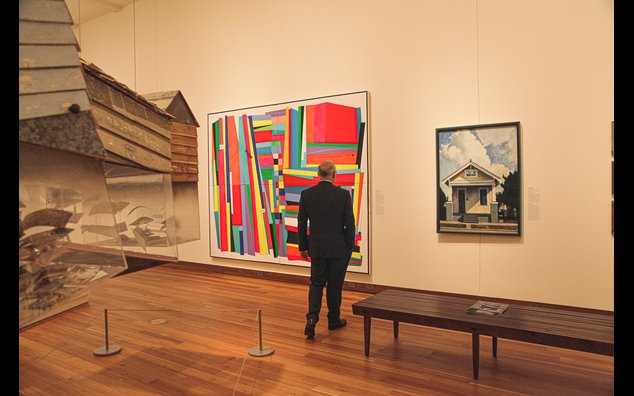 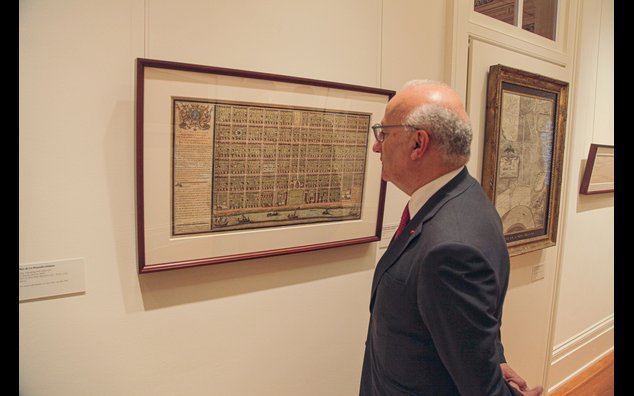 Finally, the Ambassador of France and the Consul General headed back to the residence where they greeted more than 80 guests for the Bastille day reception.

During his speech, the Ambassador of France said: "As French people, we never feel like foreigners here because New Orleans and Louisiana are famous for their warmth and friendliness but also because this part of America has always been dear to us" 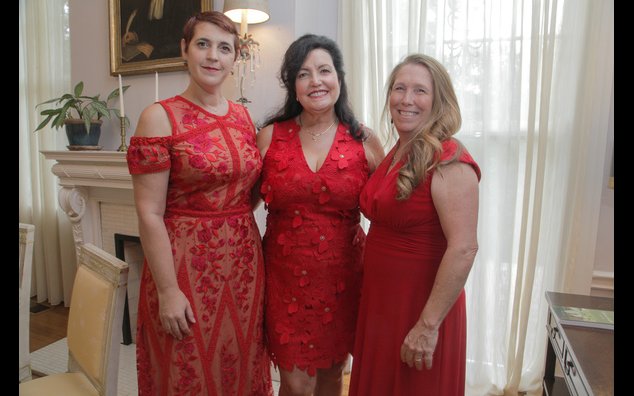 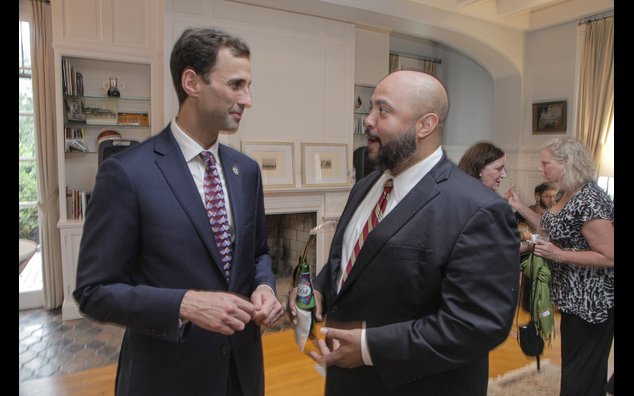 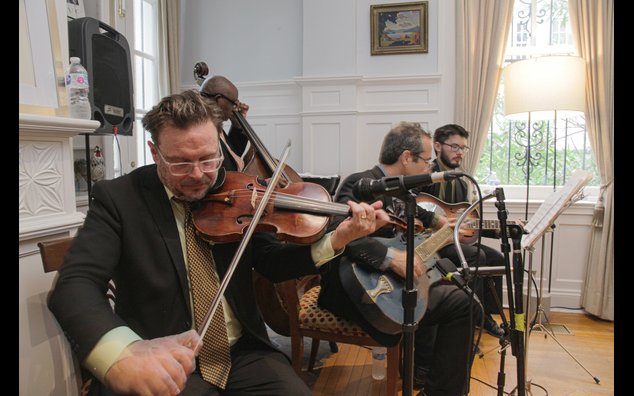 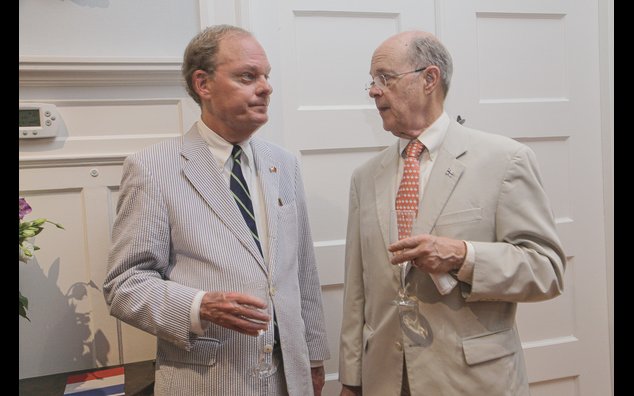 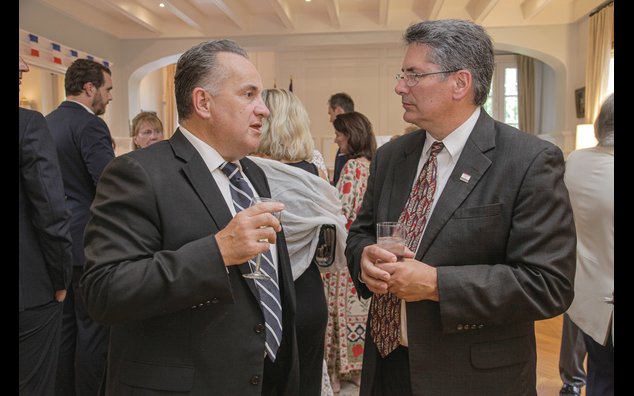 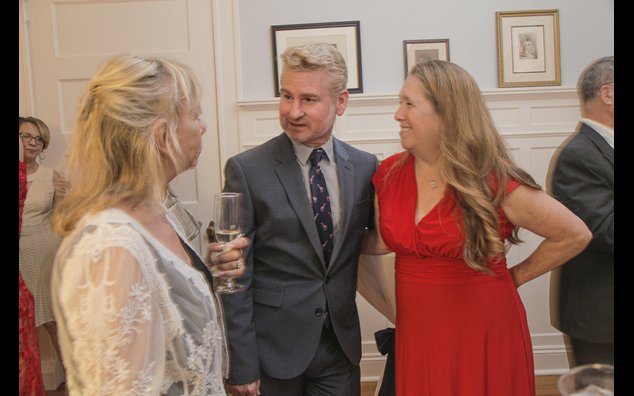 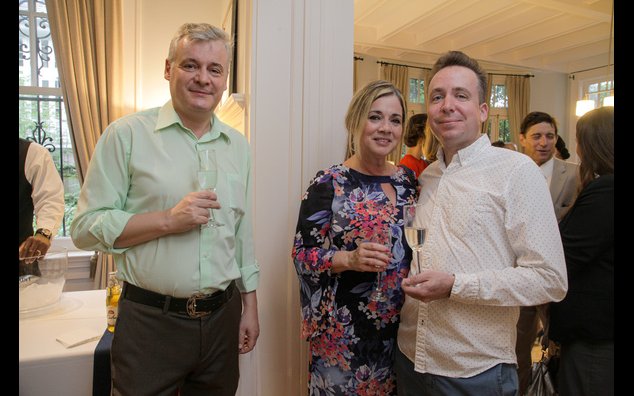 The next day, on their way to Houston, the Ambassador of France and the Consul General stopped at Baton Rouge, where they met Mr. Bill Arceneaux, former President of CODOFIL, and Mr. Dan Claitor of the Senate of Louisiana. After a tour of the LSU Museum of Art with its director Daniel Stetson, it was time to head Jennings, where the French Ambassador bestowed the Legion of Honor to Mr. Lawrence Boudreaux, to thank him for his bravery and his participation in the Normandy landings during the World War II. Mr. Boudreaux, 97, fought throughout Europe, from Normandy to Germany, via the Ardennes. 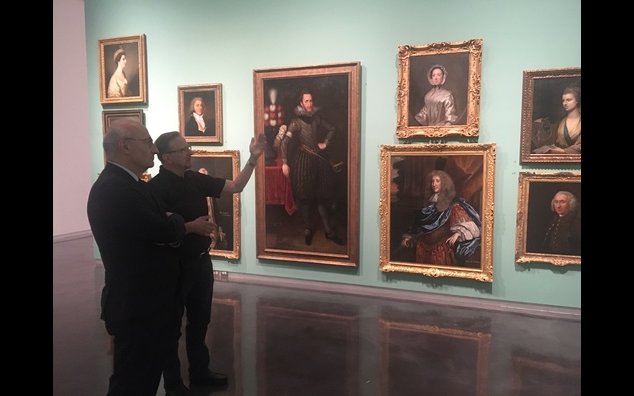 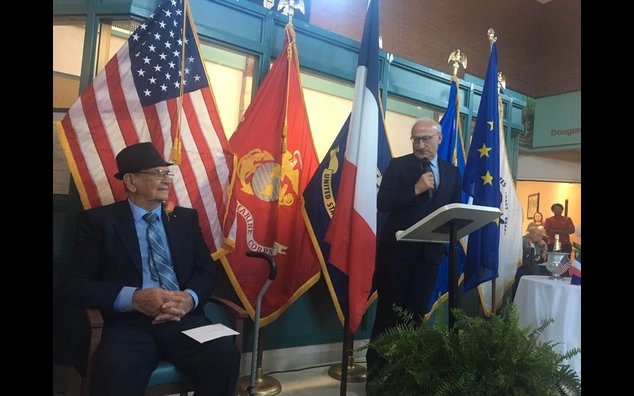 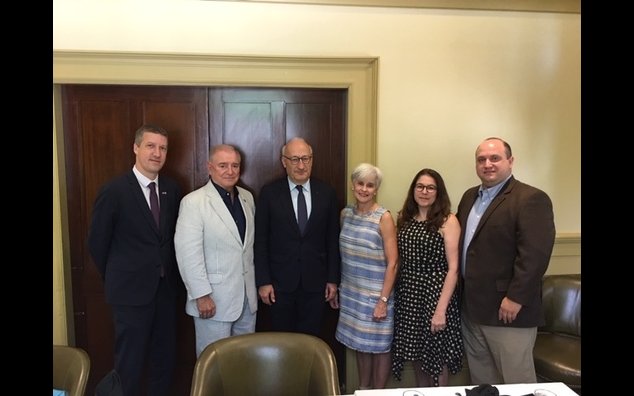 After this ceremony, Mr. Etienne’s program took him to Houston, Texas, the last leg of his first trip to the southern United States.