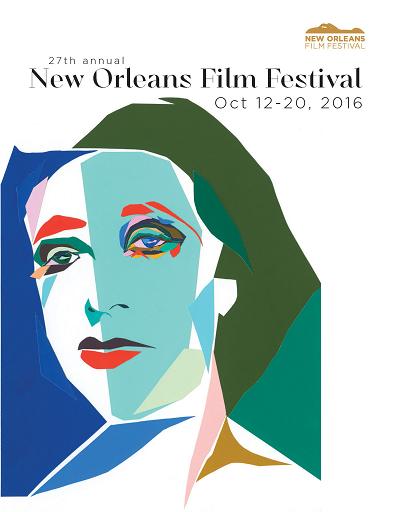 Mariam France, 2016, 45 min, dir: Faiza Ambah French Muslim teenager, Mariam, must choose between her hijab & school when France passes a law in 2004 banning religious symbols from public schools. A rare portrait of the coming-of-age of a Muslim teen, the film addresses the themes of Islamophobia, the diversity of the Muslim experience, the choice of some Muslim women to wear the hijab, and the assimilation and acceptance of Muslims in the West.

Written and directed by Faiza Ambah. Produced by Silvio Saade and Jérome Bleitrach. Musically composed by Amine Bouhafa. Awarded the Special Jury Prize at 2015 Dubai International Film Festival, screened at UNESCO as part of the commemoration of the 2015 International Day of Peace.

I am Haiti Haiti/Spain, 2014, 61 min, dir. Raύl de la Fuente "In Haiti, the ancestors say if something is foretold, it will happen no matter how, and nobody can change that. Artist Celeur is inspired by this Voodoo culture to create his sculptures, a reflection of the complex reality of this Caribbean country. The thoughts of the sculptor are framing the lives of Oriental, a waif youngster and Marah, who had to live by herself as a street kid in Port-au-Prince. A portrait of Haiti, and a vindication of the African roots of the country."

Metropolis France, 2015, 25 min, dir: Hugues Hariche Cyril, fan of Tecktonik dance, grew under the bright lights of the nightclub METROPOLIS, where the movement began – and ended – in Rungis, France. With the help of his best friend Justine, Cyril still posts his videos online competing for recognition. An encounter with two former Tecktonik dancers pushes him into a battle, which throws into question where his passions lie.

The Brother France, 2016, 9 min, dir. Léa Triboulet Three sisters go about their everyday life in the absence of their missing brother. Inspired by stories from New Orleans.

In honor of the New Orleans Film Festival, the Consulate General of France in Louisiana and the Alliance Française of New Orleans invite you to meet filmmaker Léa Triboulet on Monday, October 17, 2016 from 6pm to 7pm). For more information, click here.

To Build A Fire France/England, 2016, 13 min, dir. Fx Goby To commemorate the 100th anniversary of Jack London’s death, filmmaker Fx Goby adapts To Build a Fire, the famous novel of the American author. To Build a Fire is an animated short film in 4K Cinemascope that tells the tragic tale of a man and his dog trying to survive in the overwhelmingly freezing and hostile nature of the Yukon Territory. Enter our polar western and experience the bitter cold while embarking on a sensory journey.

Love Hungary/France, 2016, 14 min, dir. Réka Bucsi LOVE is a short film describing affection in 3 different chapters, through an impact on a distant solar system. Abstract haiku-like situations reveal the change in atmosphere on one planet, caused by the change of gravity and light. This pulsing planet makes the inhabitants become one with each other in various ways.

The Sleep of the Amazons Belgium, 2015, 25 min, dir: Bérangère McNeese Camille, 18, has an affair with her French teacher. Excluded from her community, she runs away. She meets Lena, who takes her under her wing. It’s not the first time Lena rescues birds fallen from the nest, straight down to the sidewalk: at her house, they are already four. They form a tribe, a family so close that everything is shared. The rest of the world is their playground, and often their enemy. They sometimes rebel themselves just for the sake of rebellion, and fight battles just for the sake of being at war. Because being at war avoids having to think about reconstruction, once peace has come.