New Orleans is one of only three cities in the US to welcome Nacera Belaza to the stage La Nuit and La Traversée followed by Sur Le Fil form a journey through the minimalist and spiritual dance. Moving from the solo to the duo and then the trio, these dances explore the release that conquers existential loneliness. 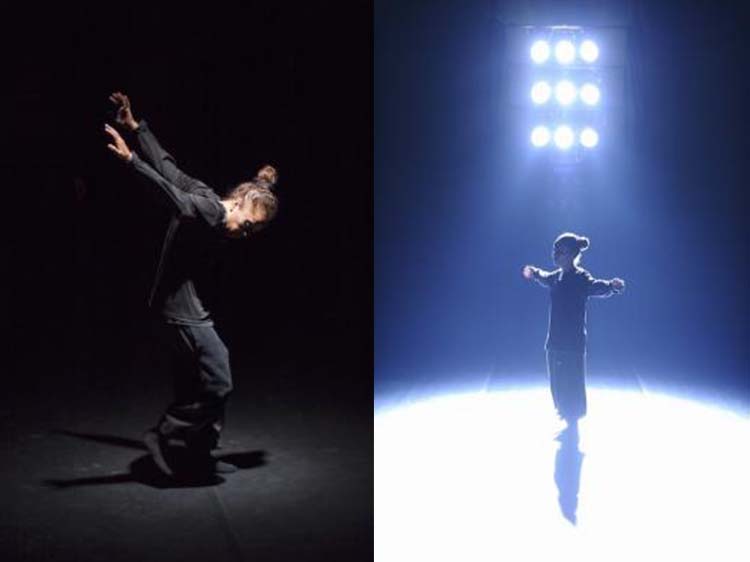 Born in Algeria, Nacera Belaza has been living in France since the age of five. After her studies in modern literature at the Université de Reims, she founded her dance company in 1989. Her work Le Cri made her recognized by the French critics. She has developed a voice that originates in an inner quest, a deep awareness of the body, of space and of the emptiness inside herself. Each element of her works — light, space, time, the body — respond to each other on stage and develop their own designs. She creates a direct bond between the dancer and the spectator, opening the infinity of the stage.

Nacera Belaza’s path has continually maintained a regular presence between Algeria and France. Concurrently with her company’s activities in France, she has founded an artistic cooperative in Algeria. She has been in charge of the contemporary dance festival Le Temps Dansé’s program since 2013 and offers training and outreach activities for audiences on the themes of contemporary art and of the danced gesture.

In January 2015, she was appointed Chevalier de l’Ordre des Arts et Lettres by the French Ministry of Culture.

The tryptich includes La Nuit, a solo danced by Nacera herself that delves into both the intimately personal and the infinitely universal; La Traversée, a duo in which the progression and memory of gestures and movements are passed along through ritual and inheritance; and the trio Sur le Fil, which encompasses all humanity, from a teenager’s bedroom to death row.

The repetition of the gesture, its infinite slowness, the stretching out of time; Nacera Belaza’s pieces all explore movement as one would explore a calm, profound and continuous breath, one that would mix with "the deafening roar of our existence".

Nacera Belaza’s performances are made possible by FUSED(French U.S. Exchange in Dance), a program developed by the FACE Foundation and the Cultural Services of the French Embassy in the United States with the support from the Florence Gould Foundation, Institut Français Paris, the French Ministry of Culture, the Consulate General of France in New Orleans and private donors. Additional support for women artists has been provided by Fondation CHANEL.