November 3, 2016, in recognition of his unfailing support for French language and culture, Mr. Claude Schlesinger was awarded the National Order of Merit, in the rank of Chevalier. 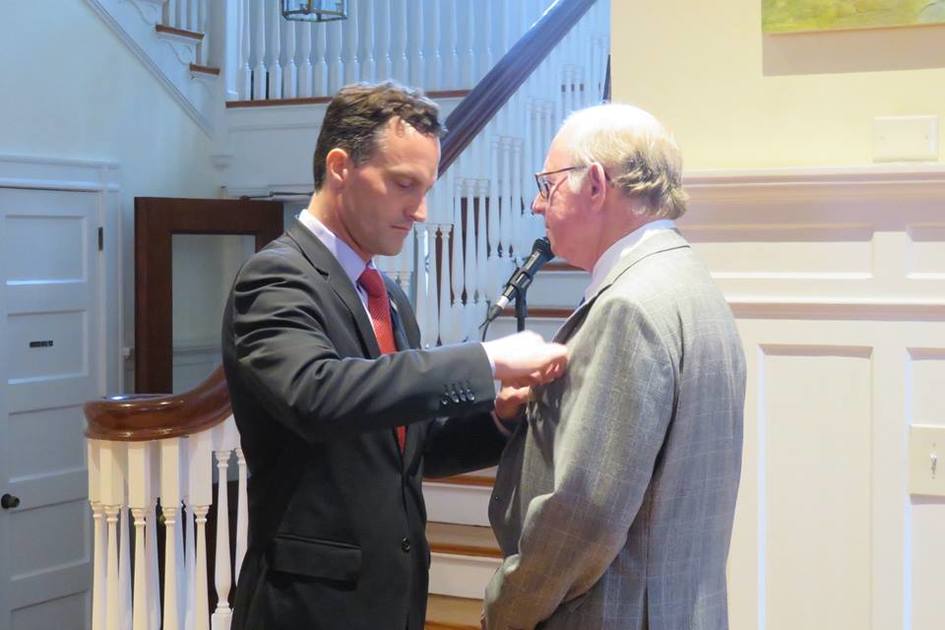 Mr. Schlesinger, former President of the l’Alliance Française of New Orleans (2004-2008), played an essential role in the rebuilding of the Alliance and of its programs in service to French language and cultural outreach in the Crescent City following Hurricane Katrina in 2005.

The Consul General awarded this distinction during a moving ceremony at the Residence of France in New Orleans in the presence of his family and friends. 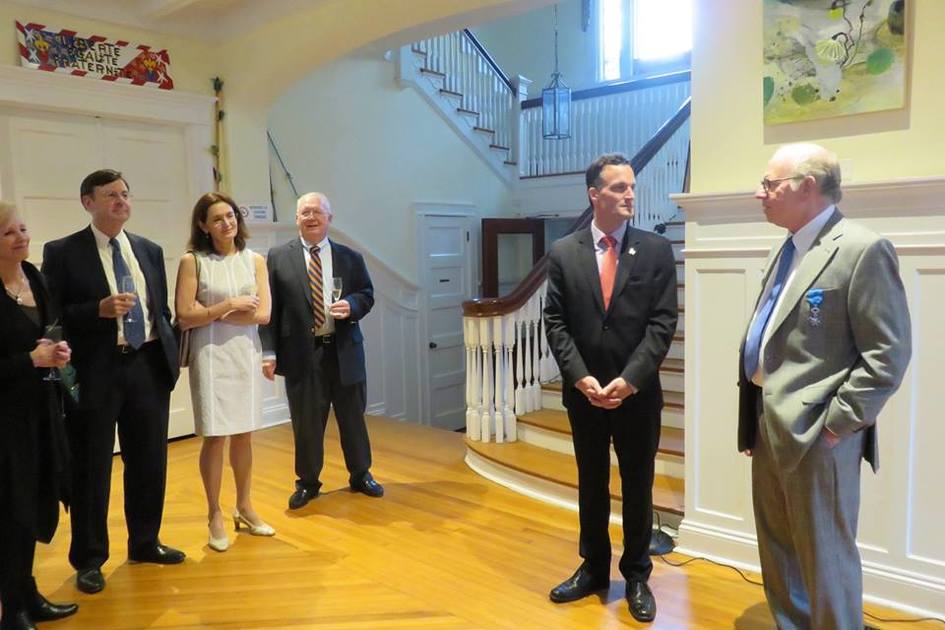 The Consulate General of France in Louisiana thanks Mr. Schlesinger for his devotion and support for the francophone and francophile associations and communities of the city, a friendship that will last at least three centuries more! 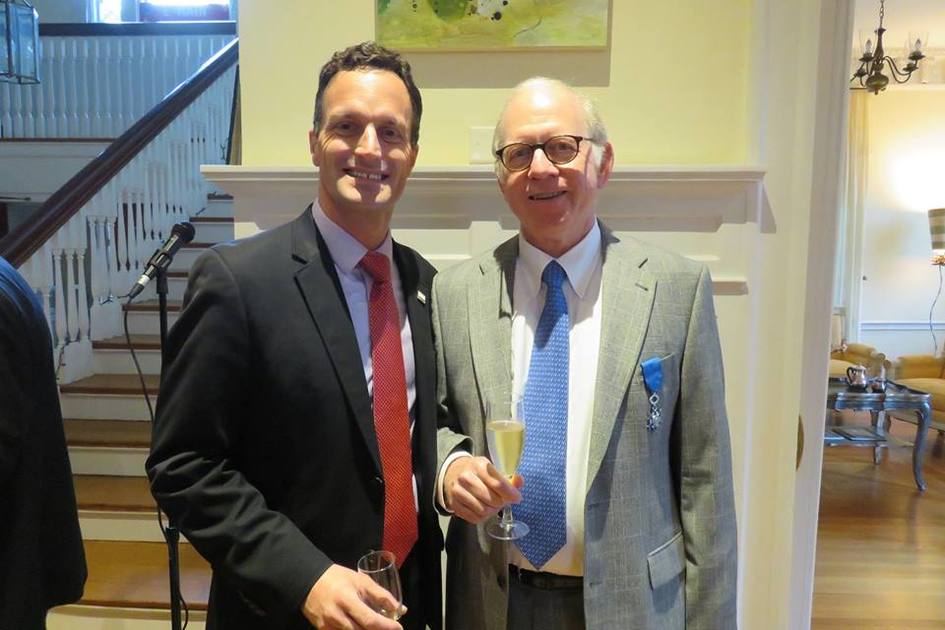 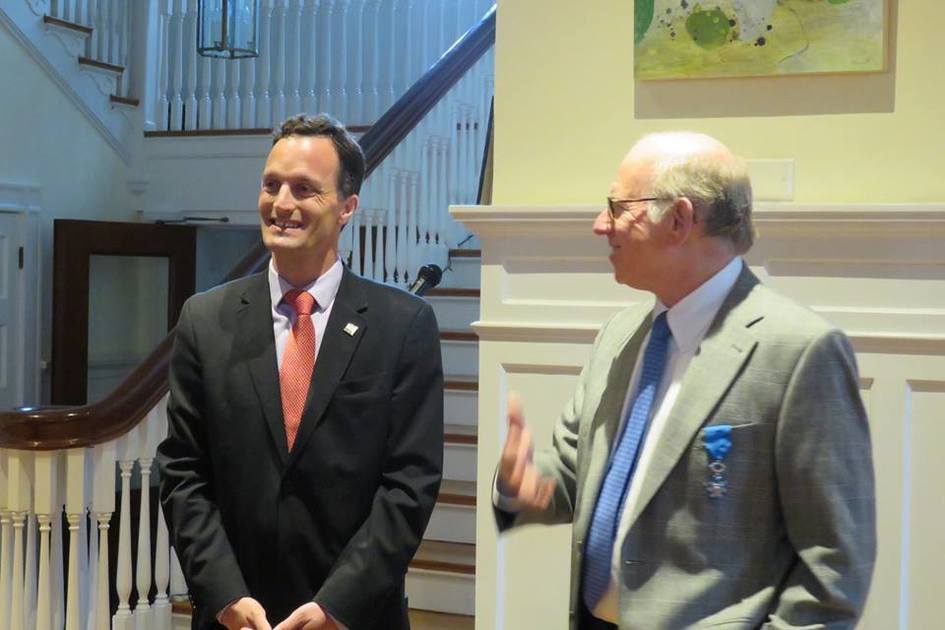