On Tuesday evening, August 30, a reception was held at the Residence of the Consul General of France in Louisiana, Grégor Trumel, in honor of Mr. Mark Romig, President and CEO of the New Orleans Tourism Marketing Corporation. 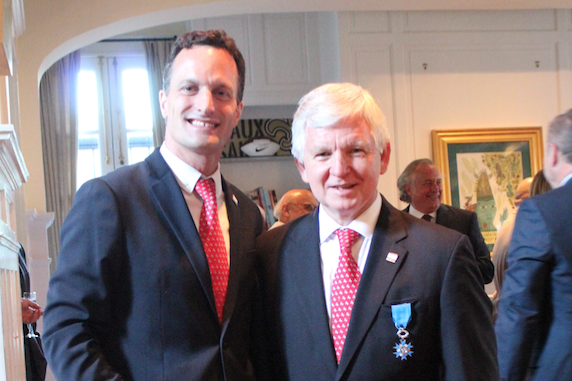 Mr. Romig was awarded the rank of Chevalier (knight) of the National Order of Merit, or Ordre national du Mérite, on behalf of the President of the French Republic. Mr. Romig was granted this award for his efforts working alongside the Consulate General of France in Louisiana and his support of the French community locally and abroad.

“Mark Romig’s commitment and enthusiasm is an asset to the French community and culture of Louisiana,” said Consul General Grégor Trumel, “He has played a huge role in developing France’s partnership with New Orleans, and I look forward to continuing to work with him and the NOTMC on the Tricentennial, and many more projects in the future.” 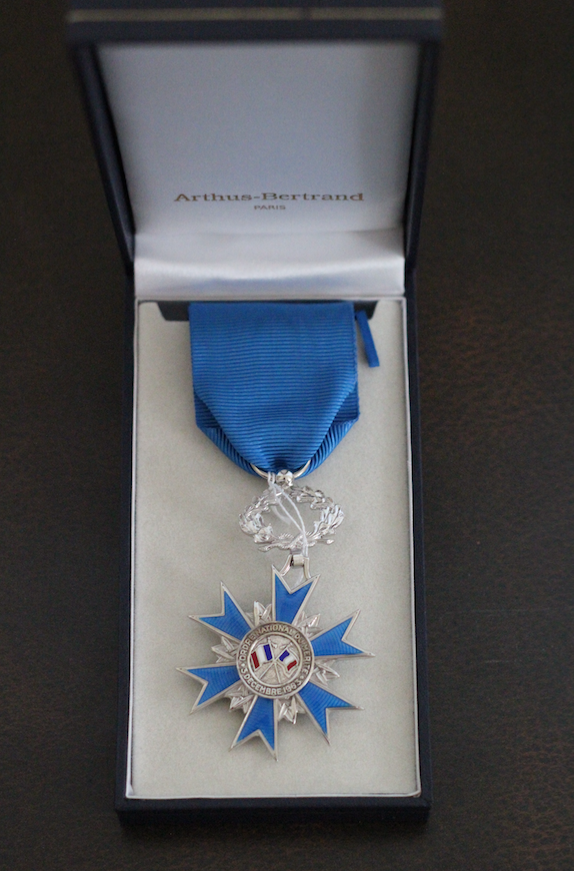 The reception was attended by Mr. Romig’s family and friends, as well as various members of the political, business, and cultural communities of New Orleans.

About the National Order of Merit

The National Order of Merit (Ordre national du Mérite) was founded in 1963 by President Charles de Gaulle. The rank of Chevalier or Knight is the award’s highest classification. Today, there are only about 187,000 members worldwide consisting of scientists, actors, artists, military officers, and diplomats. This honor recognizes Mr. Romig as a member of an internationally influential community of leaders.