From Aurillac, in the Cantal (Auvergne), Marie-Claude Kellermann first arrived in Louisiana in 1973 through the CODOFIL (Council for the Development of French in Louisiana). Since then, she taught for 35 years French and in French in Orleans Parish and Jefferson Parish, to children and adults, in many establishments.

The origin of the project 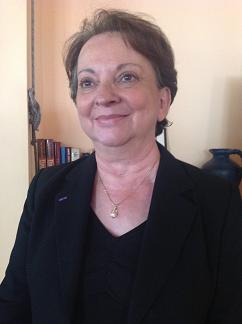 In the 1980s, Marie-Claude Kellermann wants her daughter to receive as well a French education, but at that time there was no French program for elementary school and junior high school. In 1984, thanks to the help of Mr. Jean Charpentier, Cultural Attaché at the Consulate General of France in New Orleans, and to Dr. Kruger Norman, Supervisor of the Foreign Language Department at the Orleans Parish School Board, Marie-Claude and other parents manage to get French classes on saturday mornings at Audubon Montessori for their children.

Immersion teaching becomes a French program The success of this program makes that there are quickly new classes created, French not being a foreign language but the teaching language, and where the program (accredited by the French government in 1991) is the one of the French National Education. This French teaching program allows young students to have 6 hours of French a day, during which they learn mathematics, history, geography, etc. and one hour of English. This gives the opportunity to children not living in a French-speaking environment to learn and practice French.

Marie-Claude Kellermann’s story In 1989, Marie-Claude Kellermann joins the teaching staff of Audubon as a Kindergarten teacher, where she stays till here retirement in 2013. She also has been from 2005 to 2008 the director of the immersion program (after having been the director’s assistant for many years), but she prefers to come back to teaching and being the first contact of young children with the French language.

The success of the program The teaching method developped in Audubon served as an example to many other establishments to teach French in Louisiana. Marie-Claude Kellermann, originator of this project was honored several times for the quality and serious of her teaching by Audubon school as "Teacher of the Year" twice, by the Alliance Française of New Orleans (where she also gives classes) during its annual Gala in 2004, and by the Government of France who named her in 2005 "Knight in the Order of Acamedic Palms".

The whole team of the Consulate congatulates Marie-Claude Kellermann for her action in French education and within the french community and wishes her an excellent retirement time now with her family.