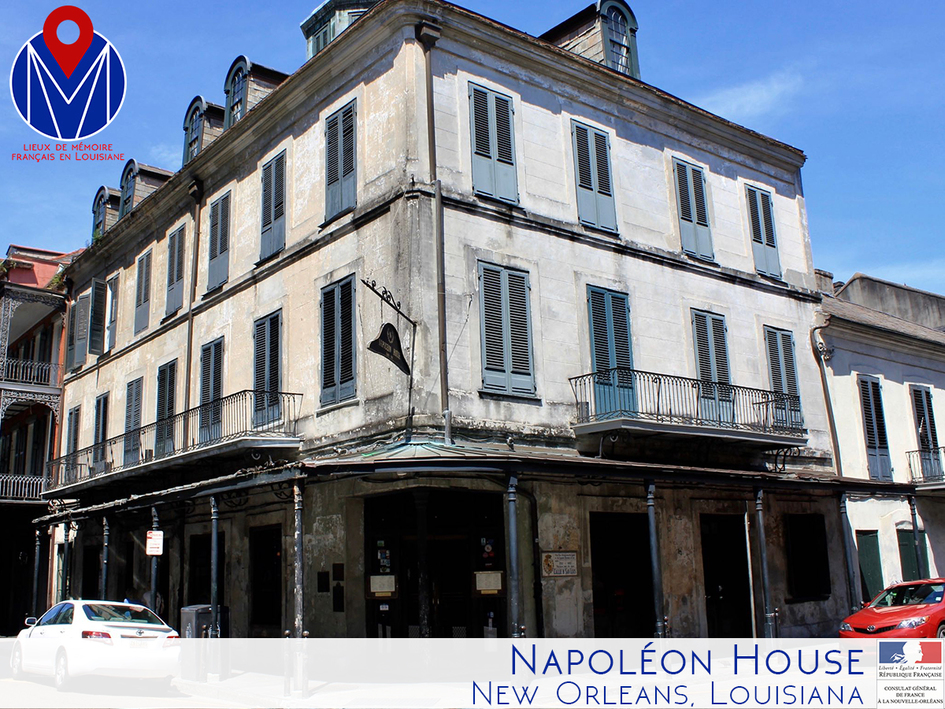 Originally the residence of New Orleans Mayor Nicolas Girod (1751-1840), Napoleon House is so named as it was offered as a place of refuge for exiled French leader Napoleon Bonaparte.

Today, the building at 500 Chartres Street has been transformed into a restaurant, operated by the Brennan family, and serves traditional New Orleans fare such as red beans and rice, gumbo, jambalaya, and muffuletta sandwiches.

Napoleon House was constructed in 1794 and remains to this days one of the best examples of French-influenced architecture in the city. Purchased at auction by François Claude Girod in 1798, the property was passed along to his brother and Mayor of New Orleans, Nicolas Girod, in 1814.

Upon hearing of Napoleon’s second exile, Mayor Girod and other supporters of Bonaparte hatched a plan to rescue him and bring him to the New World to live out his final years in New Orleans. Girod had the house remodeled and refurbished in preparation for its famous future inhabitant.

Dominique You, a local pirate from the Languedoc region of France and a colleague of the infamous Jean and Pierre Lafitte, was to lead a band of Baratarians on a secret voyage aboard the Seraphine in 1821 to rescue Napoleon. The city was buzzing with excitement in anticipation, however, three days before the plot was to be set in motion, New Orleans learned of Napoleon’s death on the island of St. Helena. The plan was abandoned, but the house still bears the name of its intended occupant. 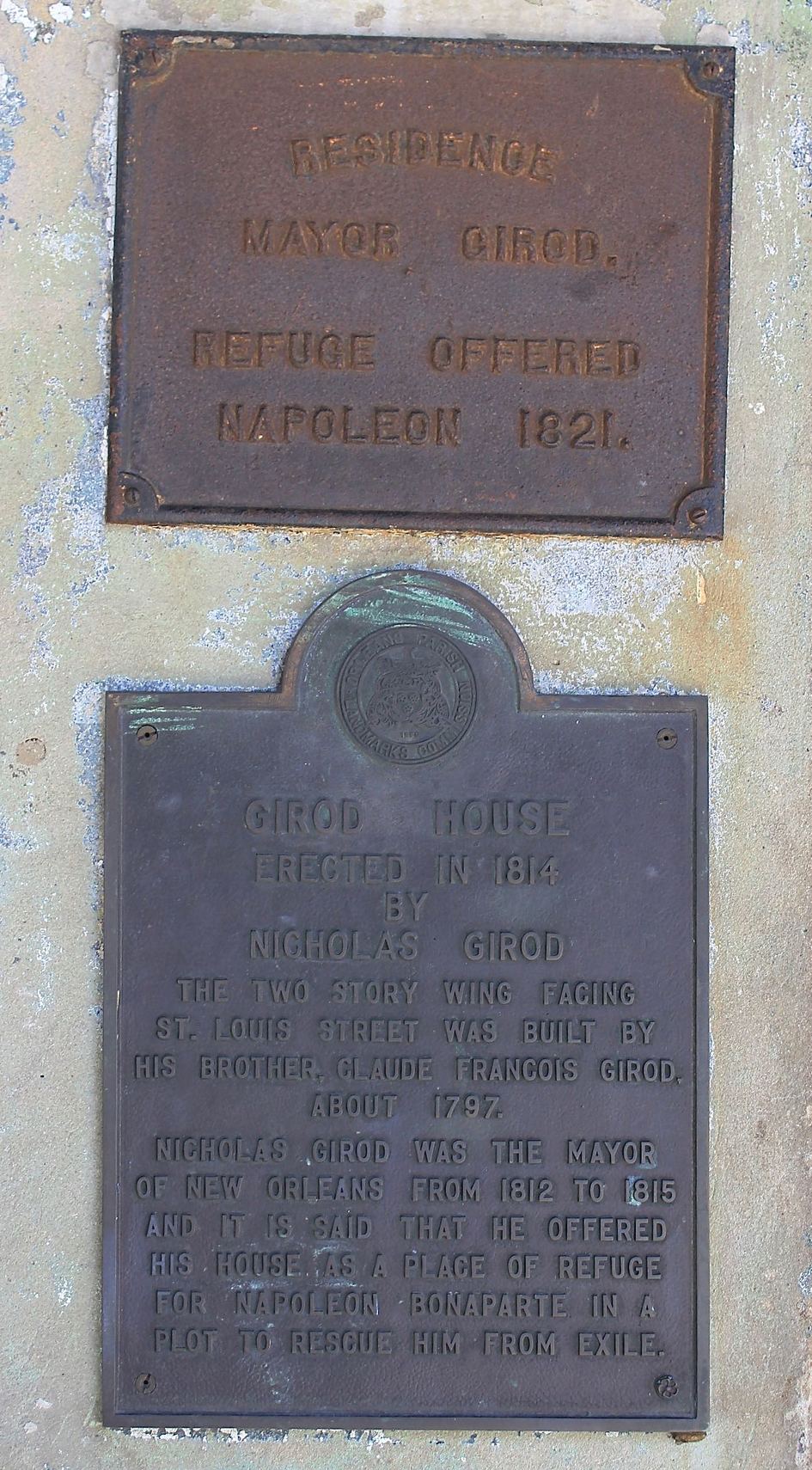