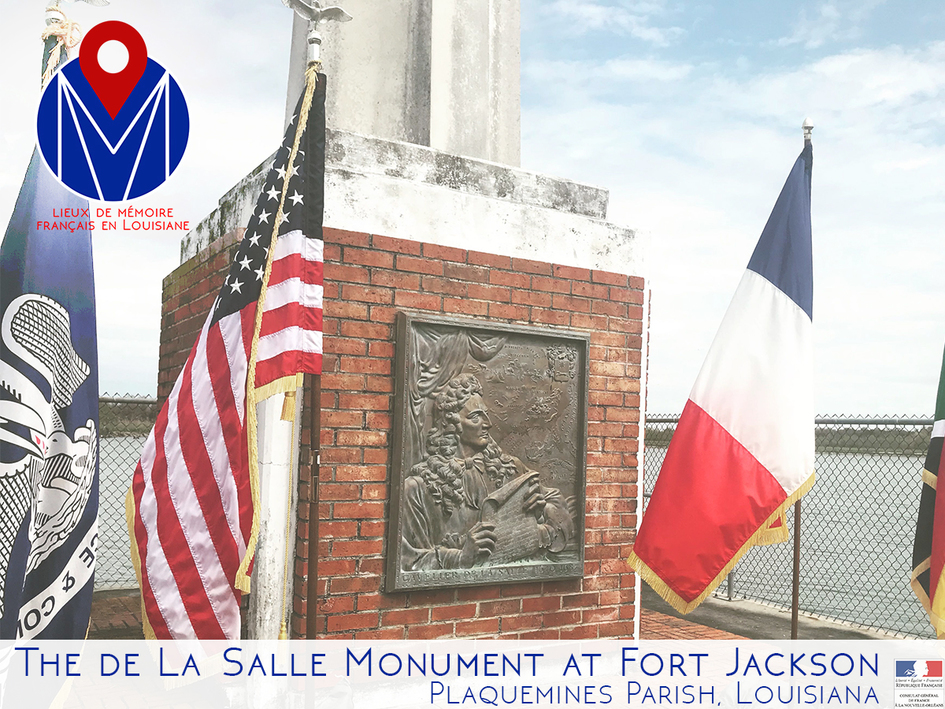 He was the first European to travel the length of the Mississippi River, reaching its mouth in modern-day Plaquemines Parish in April 1682. As a result of this voyage, he claimed and christened the entire Mississippi watershed “Louisiana” after King Louis XIV.

La Salle was born on November 22, 1643, in Rouen, France. Although he had been studying for the priesthood, he found himself attracted to the possibilities of adventure and fortune across the Atlantic. In 1666, he arrived in Canada and began cultivating a plot of land on Île de Montréal. He soon established a fur-trading outpost which allowed him significant contact with various indigenous tribes, enabling him to learn various dialects and hear stories of the vast continent outside the northern French settlements. He became fascinated with the story of a great river which flowed all the way out to sea, the Mississippi. Obsessed with the idea of finding such a river, he erroneously believed it could present a new, quicker trading route to China.

La Salle returned to France on several occasions in the 1670s, earning the respect of the King and the permission to explore the “western parts of New France”. In 1678, he returned to Canada accompanied by his closest friend and ally, a wealthy Italian named Henri de Tonty. After many obstacles, including the loss of their ship originally constructed for the voyage, Le Griffon, eventually, La Salle and de Tonty successfully traveled down the Mississippi River, at last reaching the Gulf of Mexico on April 9, 1682.

Plan your visit: The De La Salle Monument is located near Buras, Louisiana, just under 70 miles south of New Orleans. At this location, you will also find the remains of the Civil War-era Fort Jackson, along with a small welcome center and museum. 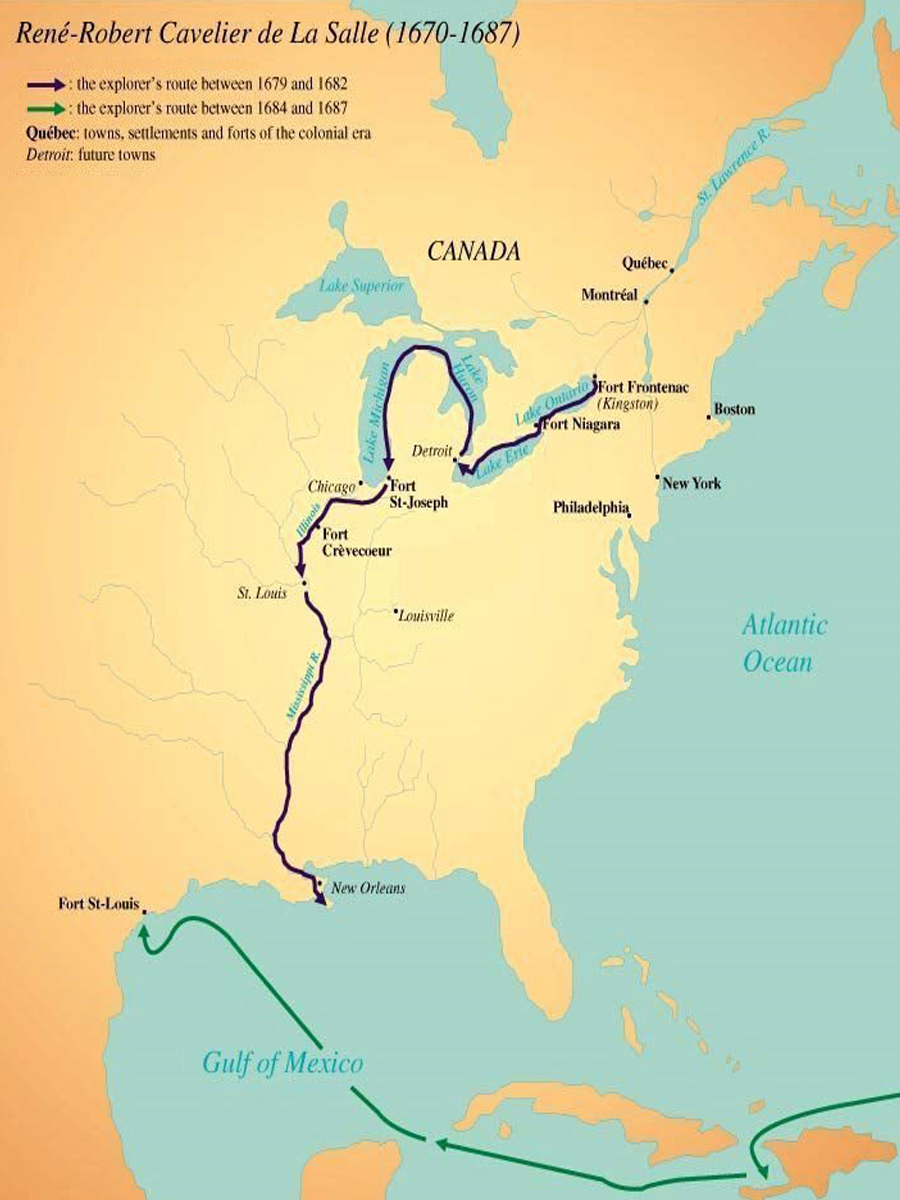 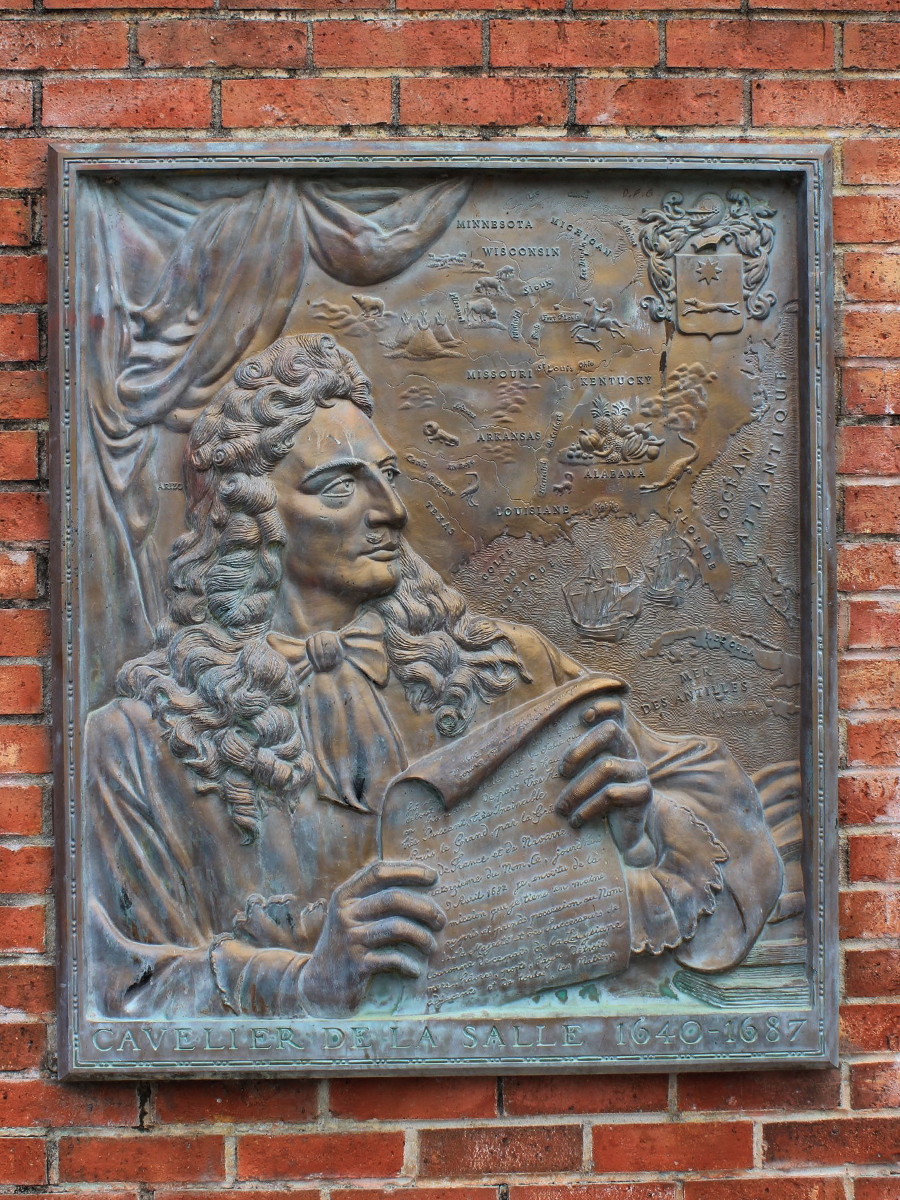