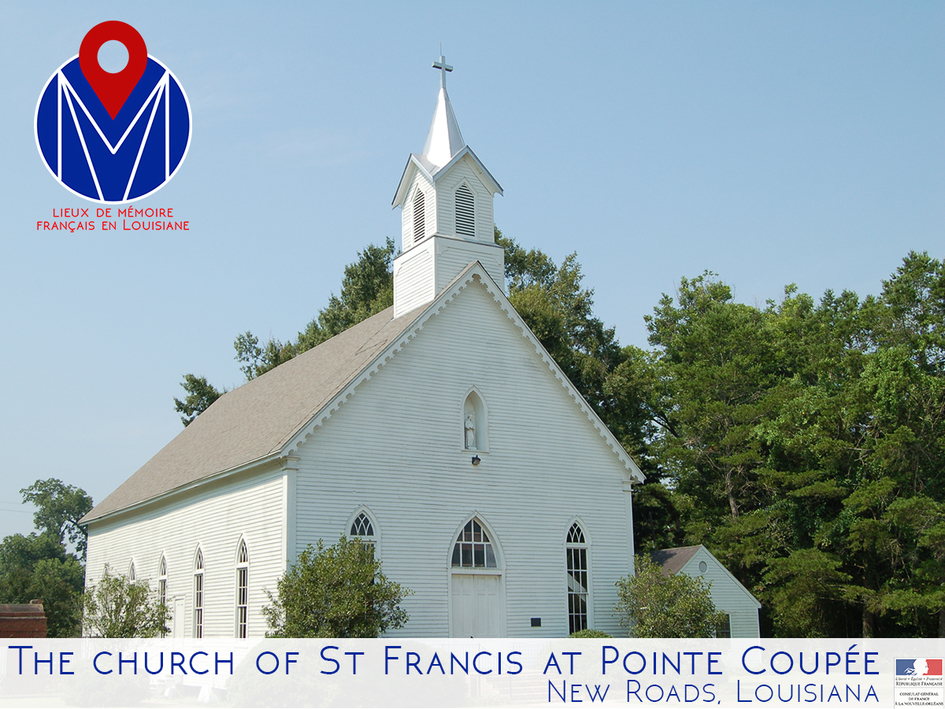 The Church of Saint Francis at Pointe Coupée was first consecrated in 1738, serving Europeans, Africans, and Native Americans. It was replaced by a larger structure in 1760 to accommodate the growing population. Due to erosion on the banks Mississippi River, it was dismantled and reconstructed at a new location in 1895. Today, the Church of Saint Francis is a living testament to the historic Pointe Coupée community, one of the oldest European settlements in the Mississippi River Valley.

The first known reference to Pointe Coupée dates to 1699. Pierre LeMoyne d’Iberville was leading an exploratory party along the Gulf Coast in an attempt to locate the Mississippi River Delta, which explorer René-Robert Cavelier, Sieur de La Salle had failed to find. Iberville’s party entered the delta in March of 1699 and made their way upriver to verify that they were, in fact, traveling on the Mississippi. Approaching a particularly treacherous 22-mile bend of the river, they took a shortcut at what is now known as Pointe Coupée, portaging their canoes and provisions:

"Six leagues and a half from our last camp we found a creek 6 feet wide that runs out of the Myssyssypy River. The Indians told me that, if I could get my longboats through it, I would shorten my journey by one day’s travel. I sent my brother by canoe to see whether that was possible. He told me that it could be done with a little work. [...] I put the men to work to clear a way 350 yards long and made the portage with everything I had in my long-boats; and with pulleys I had the boats dragged from the other side and launched on the river." 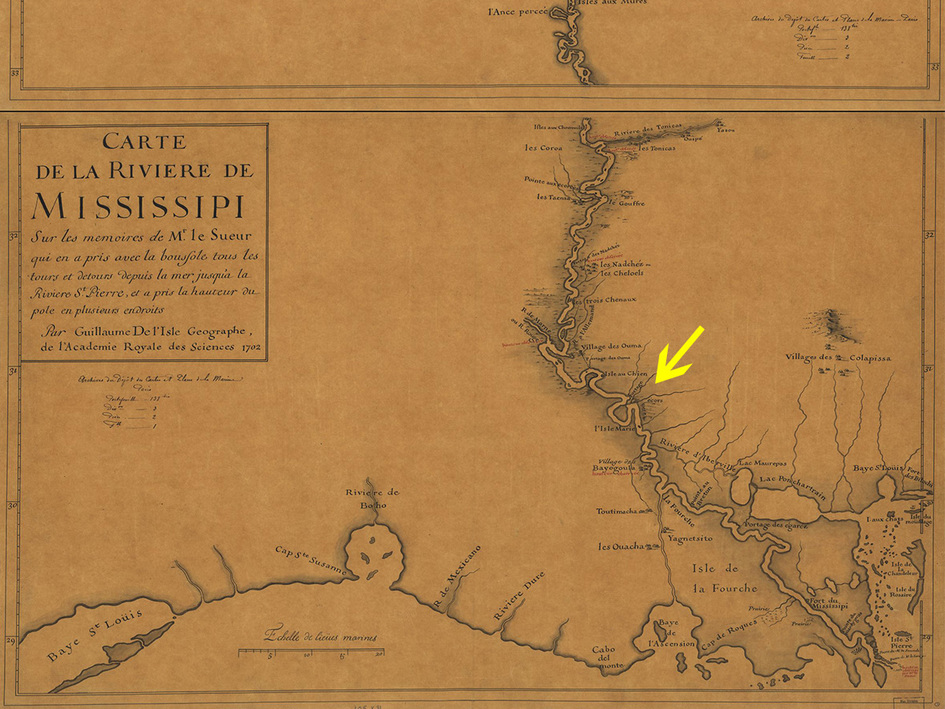 The yellow arrow indicates the location of Iberville’s portage.

During this time, the river itself was naturally shifting course and transforming the 22-mile bend into an oxbow lake which today is known as False River (Fausse Rivière). Whether the name "Pointe Coupée" derives from Iberville’s portage or from the natural fluvial changes, is up for debate.

Many European colonists settled in the Mississippi River Valley through the concession system. French citizens would sign on as "engagés" (contract workers) to cultivate tracts of land for a set period of time. On August 11th, 1720, a group of 125 single men and 13 married men with children from at least 48 different villages boarded La Loire at Port Louis (Lorient, Brittany) to set off for the new world, after having voluntarily signed contracts to work as "engagés" seven months earlier. Upon their arrival, a portion of the engagés were delivered to the Ste Reyne Concession, located on the east bank of the Mississippi River on the bluffs called "Les Ecors de la Pointe Coupée".

In the Louisiana Colony Census of 1722, 15 men, 5 women, and 2 children (all French), as well as 19 African slaves, are listed at the Ste Reyne Concession, located at Pointe Coupée. The earliest inhabitants settled in a linear development along the river called "la côte de la Pointe Coupée". Despite the ultimate failure of the concession, it established the agricultural foundation that still forms a vital component of the regions’ economy.