On September 13, 2016, Mr. Joseph Rockforte was awarded the Legion of Honor for his acts of service during a moving ceremony at the National World War II Museum in New Orleans.

Mr. Rockforte was a member of the infantry during the War. He disembarked in Normandy, at Utah Beach, on June 6, 1944.

He was captured at St. Lo, in La Manche, 12 days afterward, and was held captive in Germany for 318 days.

The Consul General bestowed the medal to Mr. Rockforte in the presence of his family and friends.

The Consulate General of France in Louisiana expresses its gratitude to Mr. Rockforte, a proud veteran, for his sacrifice and acts of service in the name of liberty, democracy and human dignity. 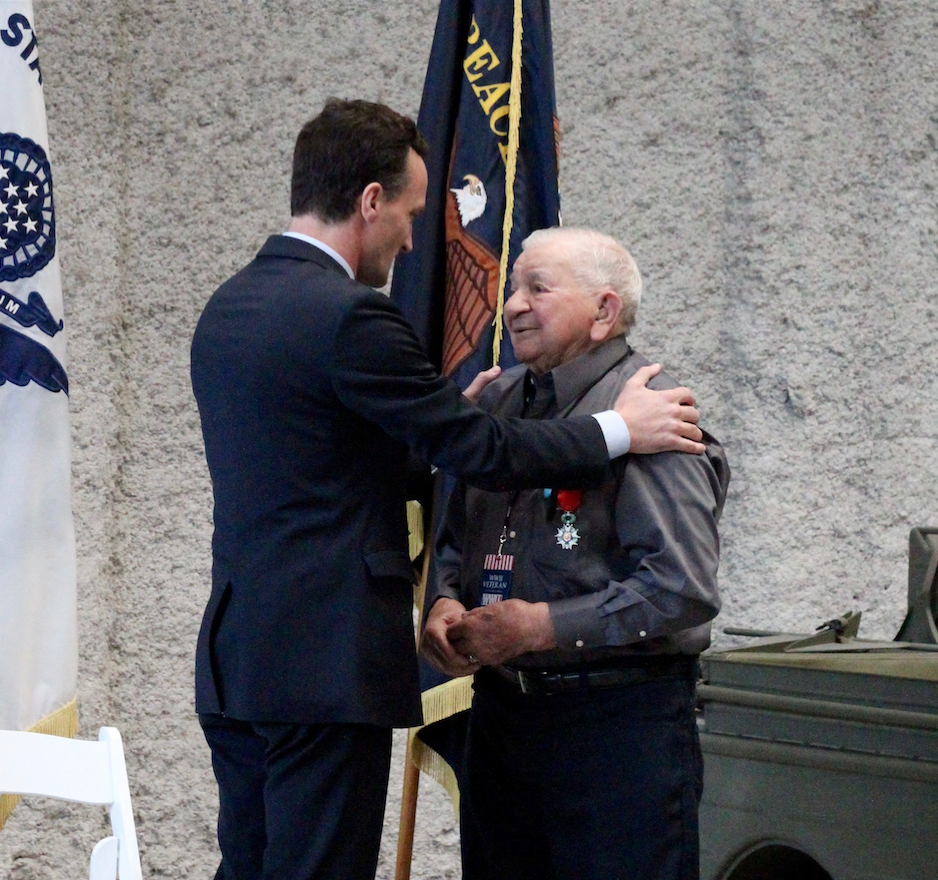 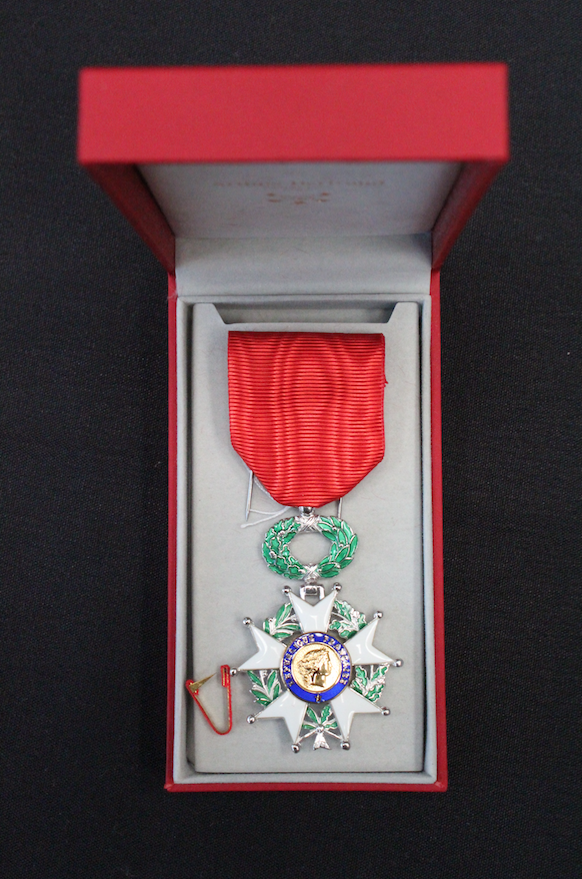 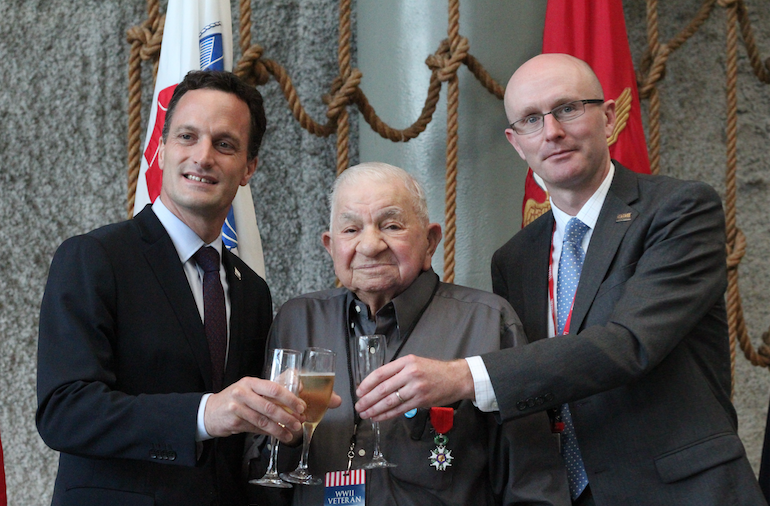 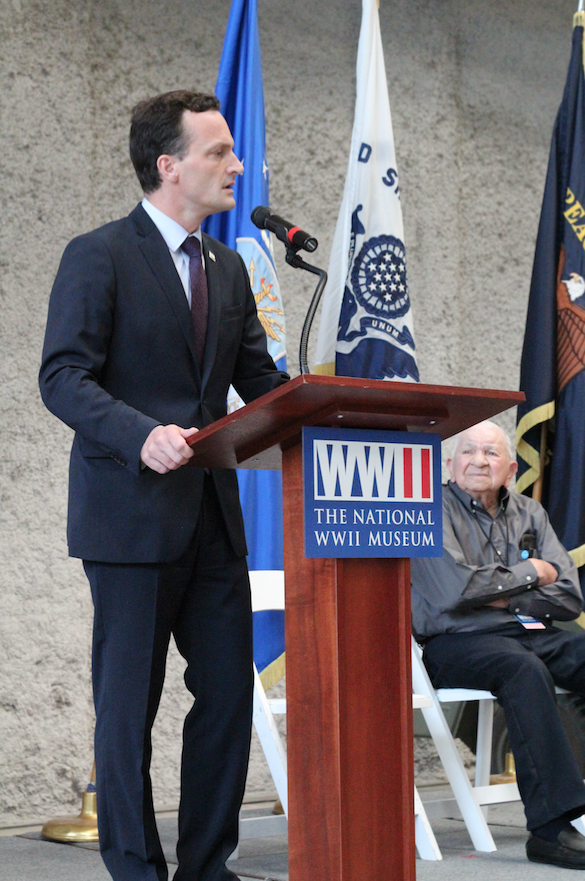 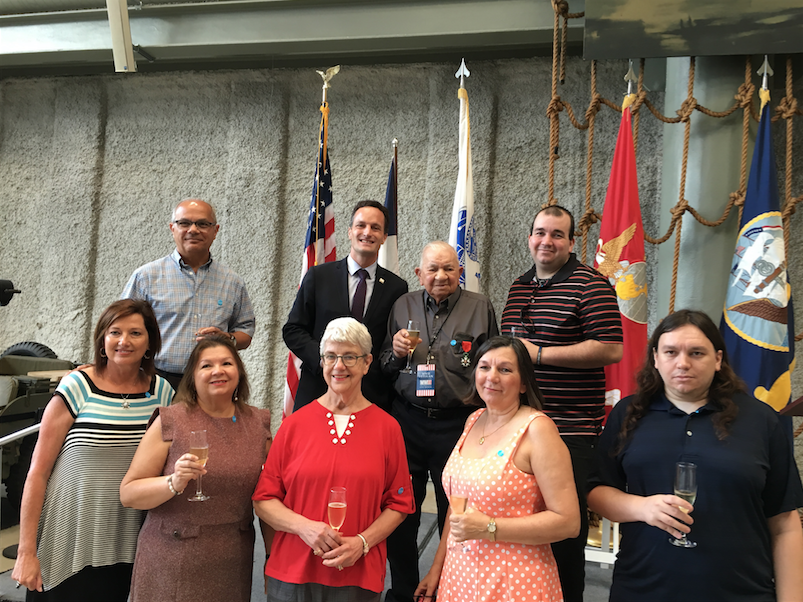 Order of the Legion of Honor