October 12, 2015, the Consul General of France in Louisiana will have the pleasure of welcoming at the Residence a group from the association, France-Louisiana, to celebrate their visit to New Orleans.

For the occasion, Mr. Joseph Roussel and Ms. Anne-Marie Besse, two members of the association, share with us the creation of their blog, the story of this new project and the great things to come for France-Louisiana: 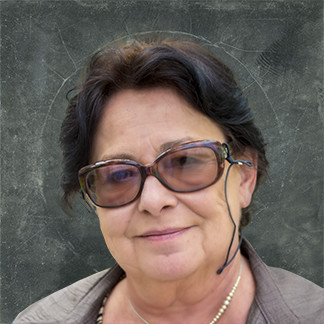 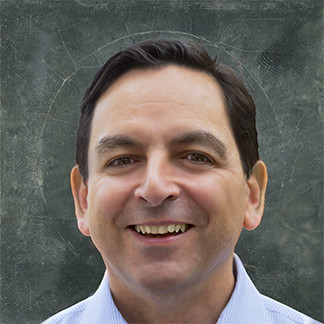 Can you tell us a little bit about your association, France-Louisiana? What is your connection and how did you become a member?

Founded in 1977, FL/FA promotes cultural exchange between people in France and French speakers/Francophiles in the United States. We do so by building awareness in France of the living cultural heritage of Louisiana and of other U.S. regions with French heritage and by promoting dialogue within this community. Today, the Association fulfills its missions through 10 regional delegations in France and a network of members in Louisiana.

Anne-Marie : Following a family trip to Louisiana in 1986 which was a delightful discovery for us, our friend Yves Berger, a French writer, encouraged us to join FL/FA. In 1990, we hosted students from LSU Baton Rouge who shared insights on their home state and some good home cooking. I became the Association’s Deputy General Secretary in 2014, work with Joseph Roussel on developing the association, and remain strongly committed to the development of French in North America.

Joseph : My first contact with FL/FA was in 1983 when I spent a year at the Université du Maine in Le Mans with a group of Louisiana students, as part of a program organized by the CODOFIL. In 1990, after a few years in Brussels and Boston, I moved to France for work. Sometime later, I became a member of FL/FA in support of Franco-Louisiana cultural exchanges. I became FL/FA vice-president in 2014 and focus on developing the association with Anne-Marie Besse.

In 2015, you began a blog, “france-louisiane-blog.org”. Why did you choose to create a blog, and why now? The blog is led by you and Ms. Besse, but also by a team of advisors in Louisiana and France. This is an innovative idea for a blog. What is the role of the advisors? Do they help you develop content?

Tools such as the Blog and our Facebook page France-Louisiane Franco-Américanie are essential given our mission of cultural exchange. The widespread adoption of social media means that such tools have become indispensable for organizations like ours who aim to create and nurture communities made up of people that are geographically dispersed.

The role of our twelve Advisors is to propose topics for articles in their areas of expertise or focus: music, fine arts… We ask our Advisors for article ideas four times a year and of course remain open to their input anytime in between. We made our first request for ideas this September and this first round was very promising.

How did you choose your advisors?

We talked with people in our network in both France and Louisiana to identify experts for the different topics of our blog (Lifestyle, Historic Places, Music, Fine Arts, Language and People). We also wanted to ensure coverage of what is happening both in France and Louisiana so we have a France-based and Louisiana-based Advisor for each topic. Finally, we wanted to cover the diverse communities of Louisiana so we recruited Louisiana advisors from different parts of the state including New Orleans, Acadiana and Natchitoches. As you can imagine, recruiting Advisors took a lot of e-mails and telephone calls!

What are the advantages and inconveniences of developing a blog in two languages?

A blog in both French and English allows us to share with people who aren’t bi-lingual but who are interested in France-Louisiana cultural exchange. We think it is important to be accessible to people of French origin in North America who don’t speak French and more broadly to all Francophiles. This logic also applies to French people who aren’t necessarily bi-lingual. This bi-lingual format forces us to write shorter articles but that isn’t necessarily a bad thing!

Whether a reader is American or French, what can they expect to find on your blog? What subjects would you like to prioritize?

We want our blog to have a broad appeal so we address a variety of topics linked to current events. Examples include: Edgar Degas, A Son of Louisiana, Centenary College in Paris, the Louisiana Poet Kirby Jambon and Bordeaux Wine and Louisiana. We prefer topics that involve both France and Louisiana or Francophone North America. Finally, in line with our mission, articles need to promote cultural exchange between France and North America by promoting awareness of Louisiana and francophone North America to people in France.

How can readers contribute to the blog?

Readers of our blog can propose topics by contacting the two editors directly: Anne-Marie (bessefamily78@yahoo.fr) or Joseph (josephsroussel@orange.fr). We are also interested in information on current events (exhibitions, anniversaries, festivals, concerts, books, articles and recordings…) that we can publicize on our Facebook page.