All together with Notre-Dame! 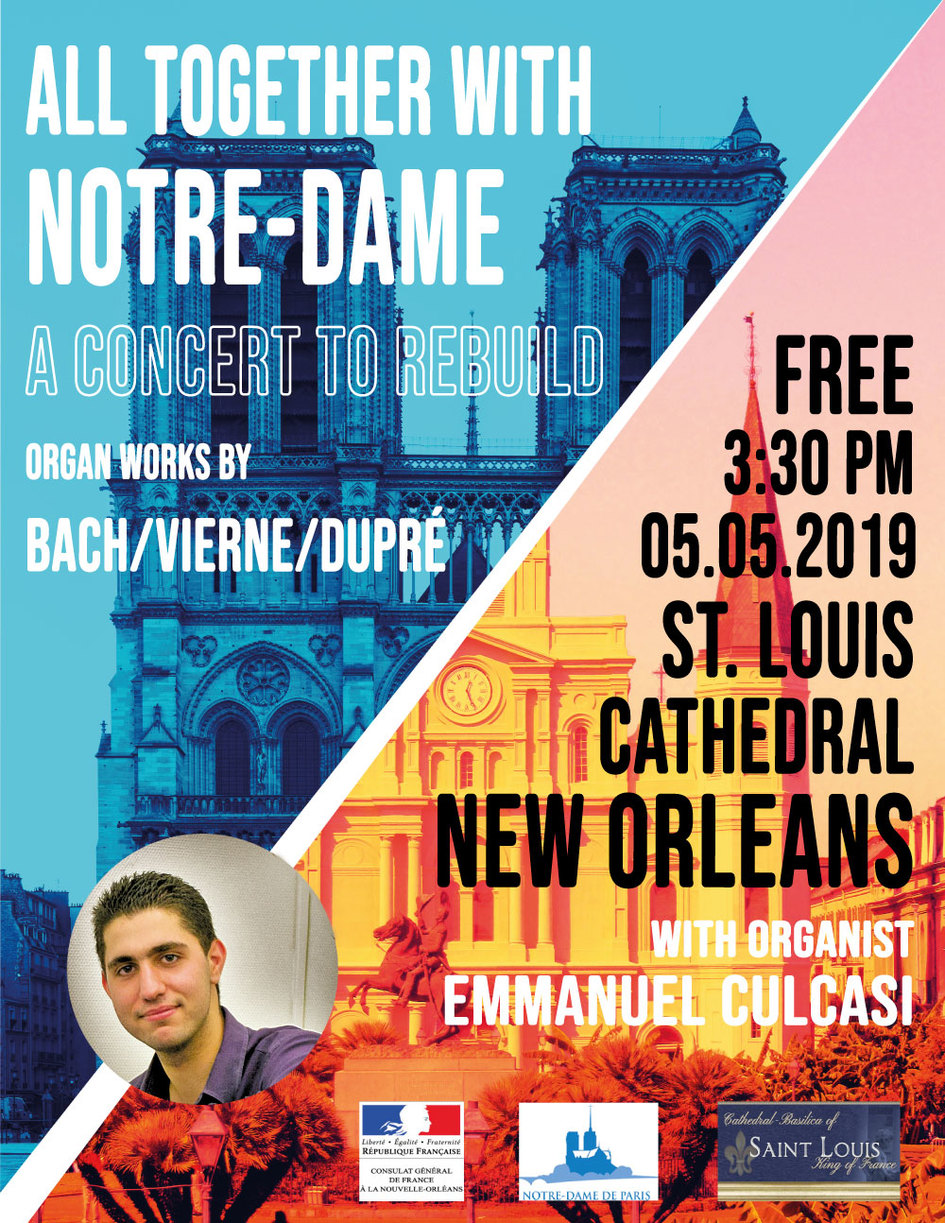 The tragic fire that broke out at the Notre-Dame Cathedral in Paris on April 15th destroying its iconic spire and reducing its ancient wooden roof to ash has sparked a wave of sympathy and emotion across the world.

The French cathedral, which dates back more than 850 years, will be rebuilt, “more beautiful than before” declared French President Emmanuel Macron. Reconstruction of Notre-Dame will take many years, and is going to be a huge collective effort.

To celebrate the spiritual and cultural significance of Notre-Dame de Paris in the world, the French Embassy in the United States has organized a series of concerts in New York City (April 26), Washington DC (April 26), San Francisco (April 29), and New Orleans (May 5), offering the opportunity to come together around this drama and to reflect on the importance of world heritage and culture. In the spirit of French-American friendship, each concert will be held at an American Cathedral and will feature a French organist.