New Orleans Film Society was founded in 1989 by a group of cinema lovers, amongst whom John Desplas. One of its annual rendez-vous is the French Film Festival at the Prytania Theatre, that features French films of all kinds. John Desplas, as the Artistic Director, is in charge of finding the films and bringing them to a New Orleanian screen. 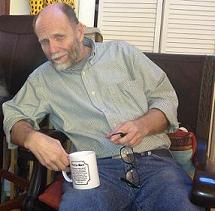 France has always cared deeply about its cinema industry, and worked to help promote it overseas. The Consulate General of France had a program to do so in New Orleans, that lasted several decades. And in the 2000s, this program took an important move : instead of being organized by the Consulate of France, the French Film Festival was entrusted to the New Orleans Film Society.

The purpose of this festival is to bring Americans the possibility of watching French movies as if they were in France. It started back in the days when the technology (no blue rays, dvds or even vhs) did not allow people to watch recent movies from other countries. The only option at that time for the French-film lovers was to fly to Paris. But with the French Film Festival, it was Paris that was flown to Louisiana, and film-lovers could finally watch the films they read about.

Evolution of the Festival

A real audience has grown for the festival, with regular viewers and new-comers every year as it offers unique opportunities. “My favourite memory is when Jacques Demy came for the Premiere of “Peau d’âne” at an earlier French Film Festival” says John Desplas. And even though the technology exists nowadays to see foreign films with blue rays, dvds, vod, etc., the ambiance of the French Film Festival makes it a full experience. Viewers can that way daydream for a moment that they are in France…

“The first French Film I saw was “Les quatre cent coups” of François Truffaut” ; it was then that I fell in love with French movies.” – John Desplas