Madame Labat was an outstanding leader in foreign language education. In recognition of her exceptional accomplishments and commitment to French language and culture in Louisiana, the medal of the Academic Palms was presented to her family during an intimate ceremony on Monday, September 10 2018 at the Consulate General of France in Louisiana.

Jacqueline Labat taught French of all levels at St Joseph’s Academy in Baton Rouge for over 45 years. She inspired generations of students, bringing French culture alive in the classroom and leading dozens of scholastic trips to French-speaking regions all over the world including Canada, Belgium, Switzerland, and France. She identified teachable moments in every situation, and worked tirelessly to bring France and United States closer together.

In 2005, Madame Labat was named Knight of the Order of the Academic Palms (Chevalier de l’Ordre des Palmes Académiques). Shortly before passing, she received notice that she was to be promoted to the rank of Officer for her continued dedication to the promotion of French. 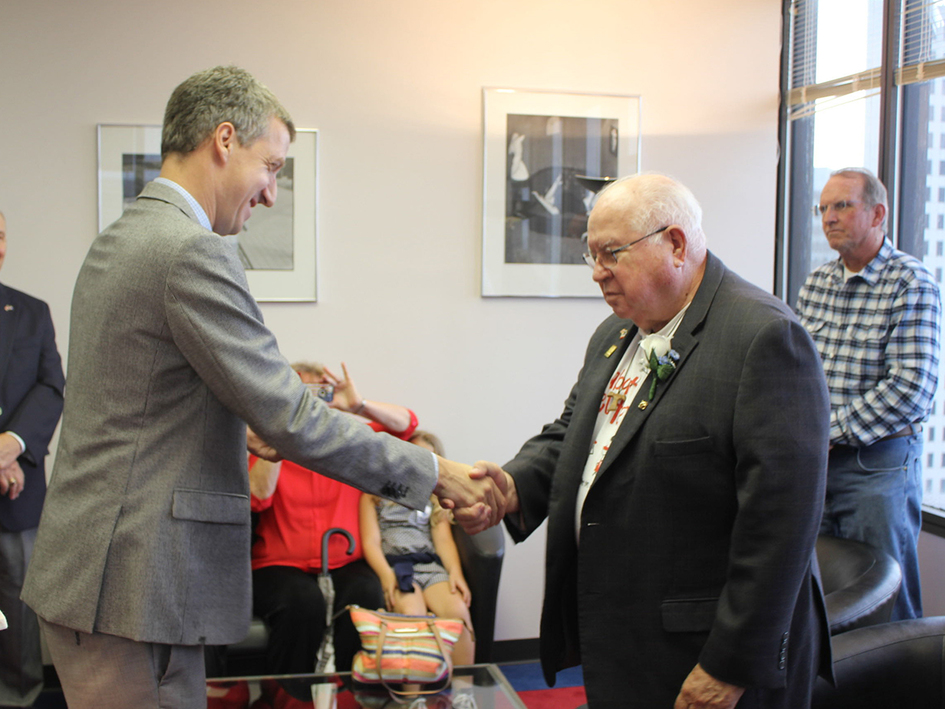 Consul General Vincent Sciama presented the award to Mr. Labat on behalf of the French Minister of National Education:

"This medal pays tribute to her persistent work and her commitment to French language and culture in Louisiana. Mme. Labat was clearly an outstanding leader in foreign language education. We hope that her distinct legacy and inspiration that she offered to her students over the years will give you comfort. It is with appreciation that I present this medal to you and your family."

Her husband, Mr. Wade Labat, graciously accepted the medal on her behalf during a ceremony at the Consulate:

"Her students recognized her all over the country, they loved her. Merci beaucoup, I appreciate this award, she would have loved to receive it herself."

The French Academic Palms is the oldest non-military decoration in France, created by Napoléon I in 1808. It recognizes those who have rendered eminent service to French education and have contributed actively to the prestige of French culture. 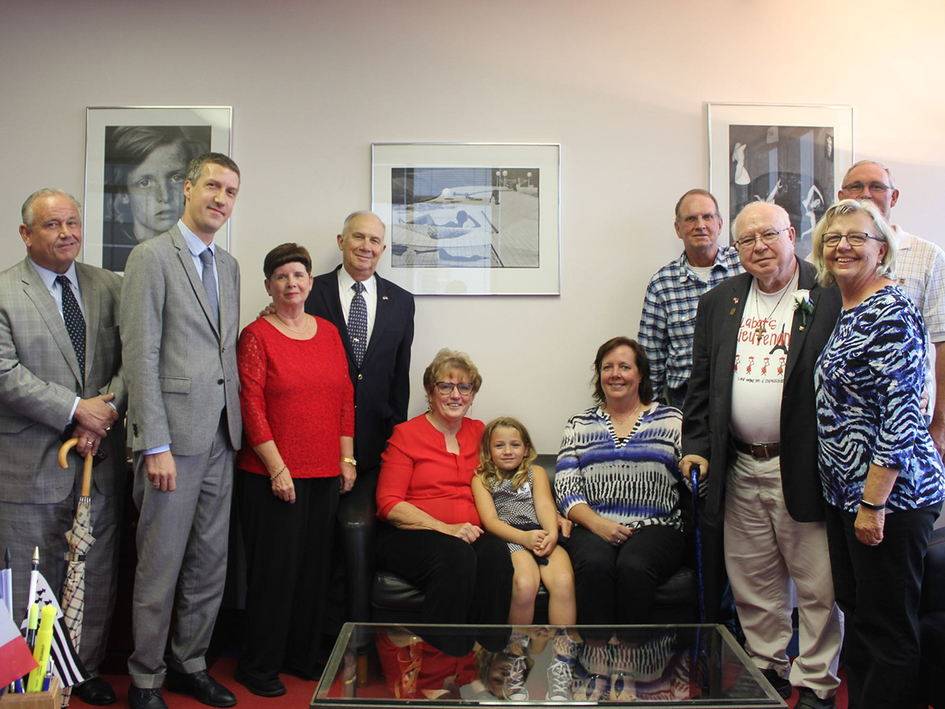 Family and friends of Jacquline Labat gather at the Consulate for the awards ceremony. 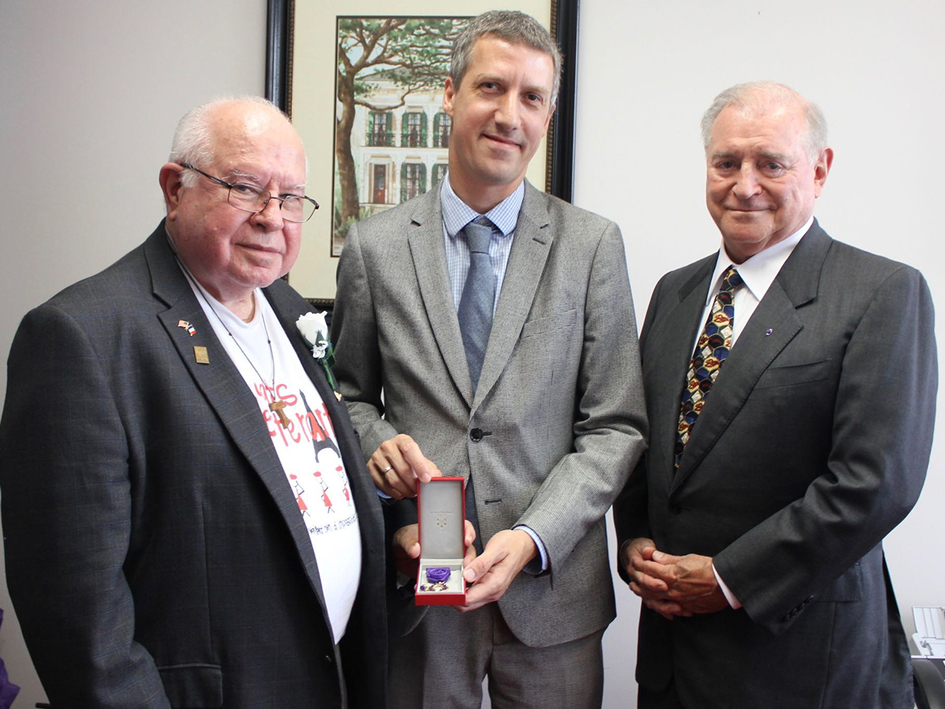