Tuesday May 2nd the House of Blues presents GOJIRA + KYNG- Doors at 7pm, Show at 8pm

Following the release of their latest self-produced album, Magma, the French metal band makes a rare appearance in New Orleans for their worldwide Magma Tour. 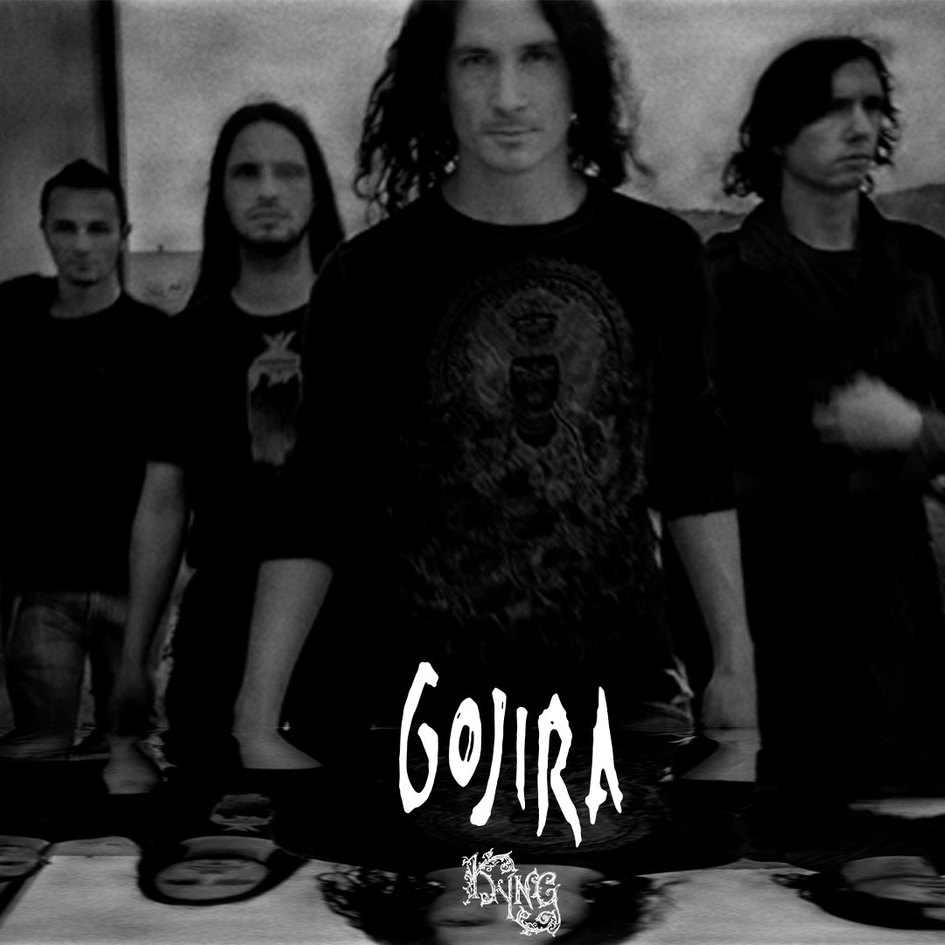 Originally formed in 1996 in the town of Bayonne, France under the name Godzilla, GOJIRA is France’s preeminent heavy metal band having produced six full-length albums and garnered unanimous critical acclaim from Pitchfork, Q Magazine, Alternative Press, The Guardian and more. They have been invited to play with heavy metal all-stars such as Metallica, Slayer, and Mastedon as well as performances at some of the largest metal festivals such as Download Festival, Rock on the Range, Slipknot’s KNOTFEST, and many others.

Their sound is an "ever-evolving experiment in extreme metal ultimately built upon a worldly, ever-conscious outlook with roots firmly-planted both in the hippie movement and an environmentally-conscious, new age mentality" 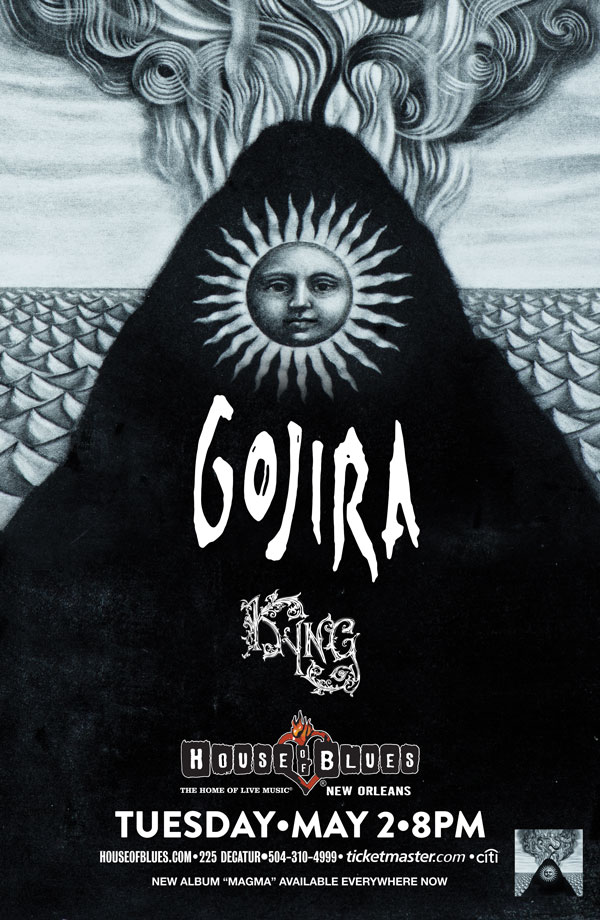