Paris is currently hosting the 4th edition of a unique international festival showcasing the latest digital technologies and services : Futur-en-Seine. 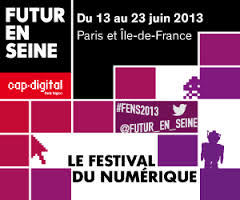 From 13 to 23 June, the French capital will become a hub for designers, manufacturers, start-ups and experts from around the world in order to share information on digital innovations. Of the 125 expected exhibitors, a dozen will come from abroad, including Israel, Finland, Sweden, Palestine, Russia and Italy.

"It is a shop window for digital innovation and an extremely inclusive venue for conducting meetings and business," says Stéphane Distinguin, President of Cap Digital, a French business cluster for digital content and services. It was this business cluster which was at the roots of Futur-en-Seine in 2009. It brings together over 620 companies, 20 of which are major manufacturing groups, linked with almost 50 public research or higher education institutions. Its aim is to become a global benchmark in the digital sector, both from a manufacturing and strategic perspective. 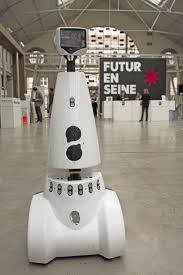 This edition, which will focus on business, will begin with four days at the Village des innovations at Centquatre cultural centre in Paris. At this creative space, there will be displays of robots and prototypes as well as workshops on designing futuristic projects. In particular, the TerraDynamica project can be seen, the result of a programme developed by Cap Digital and ADvancity, a business cluster focusing on urban issues. This project aims to create a model for the activity of the city, its residents, its vehicles and its traffic and then to exploit, organize and distribute this data.

According to the Ministry of Industry, the digital market in France in 2011 was worth almost €72 billion, or 3.7% of GDP, and should reach 5.5% of GDP by 2015. Digital technology is entering all fields of activity, including healthcare, which is one of the French government’s key priorities for development, along with education, tourism, the media and telecommunications. Political leaders are well aware of the economic and societal issues, and thus recommend supporting training in this area.

While following government recommendations and addressing the concerns of European leaders, Cap Digital has set ambitious targets in the area of employment. At the start of the year, the European Union called on public and private economic development actors from the European area to work towards the creation of 864,000 jobs in the field of new technologies by 2015. It is with this in mind that the Centquatre Village des innovations intends to introduce young people to digital technologies and applications.

In total, nearly 100 events are planned for the Paris region, with all themes linked to research and development, company growth and the promotion of export markets on the agenda.

In 2012, Futur-en-Seine attracted 10,000 visitors to the Centquatre and over 90,000 during the festival as a whole. The organizers hope to capitalize on the event’s reputation and do even better this year.