Christophe Maé is a French pop singer who will perform for the first time in New Orleans on April 30, 2018 at the House of Blues. 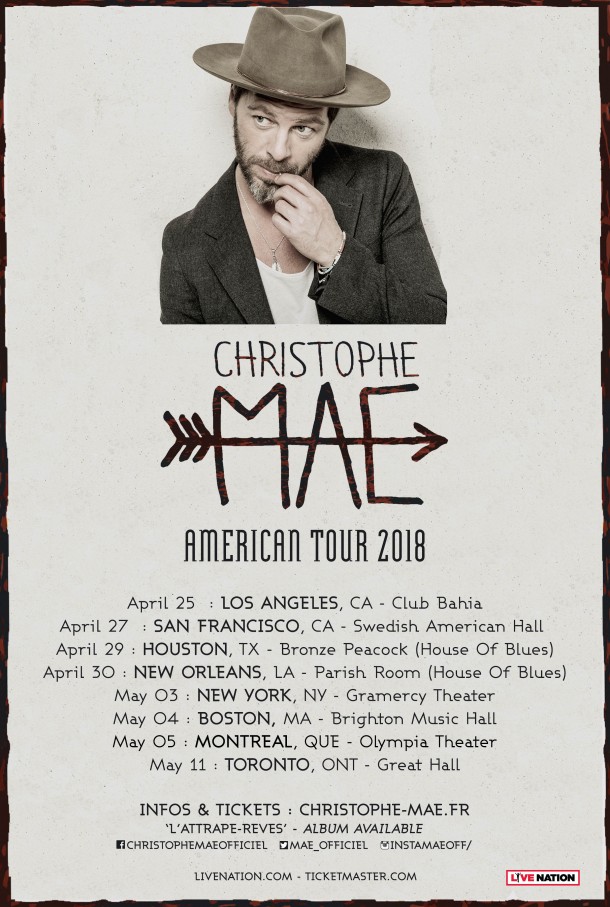 Over two years after his third album "Je Veux du Bonheur" was released, Christophe Maé returns with his next release "L’Attrape-Rêves".

Co-written with Paul Ecole, an author who has collaborated with Oxmo Puccino and Calogero, this fourth album is more intense and introspective. The strength of electric guitars mingles with early 1990s urban influences, allowing Christophe Maé to reinvent himself while remaining true to his artistic influences of soul, reggae, and pop, where each song is a story that resonates in us all.

This album was ranked number one of the French Album chart for five weeks following its release in 2016, and sold more than 300,000 copies.

Over the course of his 10+ year career, Christophe Maé has sold over 5 million albums, all of which have reached #1 on the French charts. He has over 1.4 million Facebook fans and more than 100 million views on Youtube.

The music video for "Tombé Sous le Charme" (2013) was filmed in Louisiana: