French and American jazz artists come together to create Bonadventure Pencroff, and will be in New Orleans April 24 - 26, 2018. 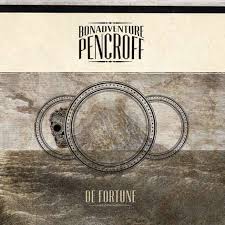 Bonadventure Pencroff never existed, it is a man, a dream, a fiction, an island, a lost continent.

Bonadventure Pencroff is one of the five castaways, the versatile sailor, the mysterious island of Jules Verne. In the book, there is a splendid quotation « Cyrus, do you think there are islands to shipwrecked, islands specially created to properly wreck? ».

Bonadventure Pencroff, sailing and unveils the social and musical journeys of Christophe Rocher, Frédéric B.Briet, Nicolas Pointard, Jeb Bishop, Rob Mazurek and, in the role of a « fortune teller”, accompanying with his texts, sources and resources, their drifts and divagations, the anthropologist Alexandre Pierrepont.

Bonadventure Pencroff, is also a phenomenal matrix of stories to be told, functioning like music that is composed and improvised collectively from actions, reactions, interactions, anticipations, digressions. A matrix which is first inspired by the lives of sailors, pirates, poets, all those who ride the spirit of the waters between Africa, Europe and America, to imagine New fantastic sailing. And from the Atlantic Ocean to the Indian Ocean or the Pacific Ocean, there are only currents.

Bonadventure Pencroff, is another form of musical thought and poetic travel, with multiple tracks and multiple voices.