Last Wednesday, the Consul general of France bestowed the Legion of Honor to Tommy Harger, in the name of his father, Clyde Harger, who bravely fought the nazis during the terrible 1944 winter. Let’s take a moment and remember what it meant to cross Europe like he did at that time… 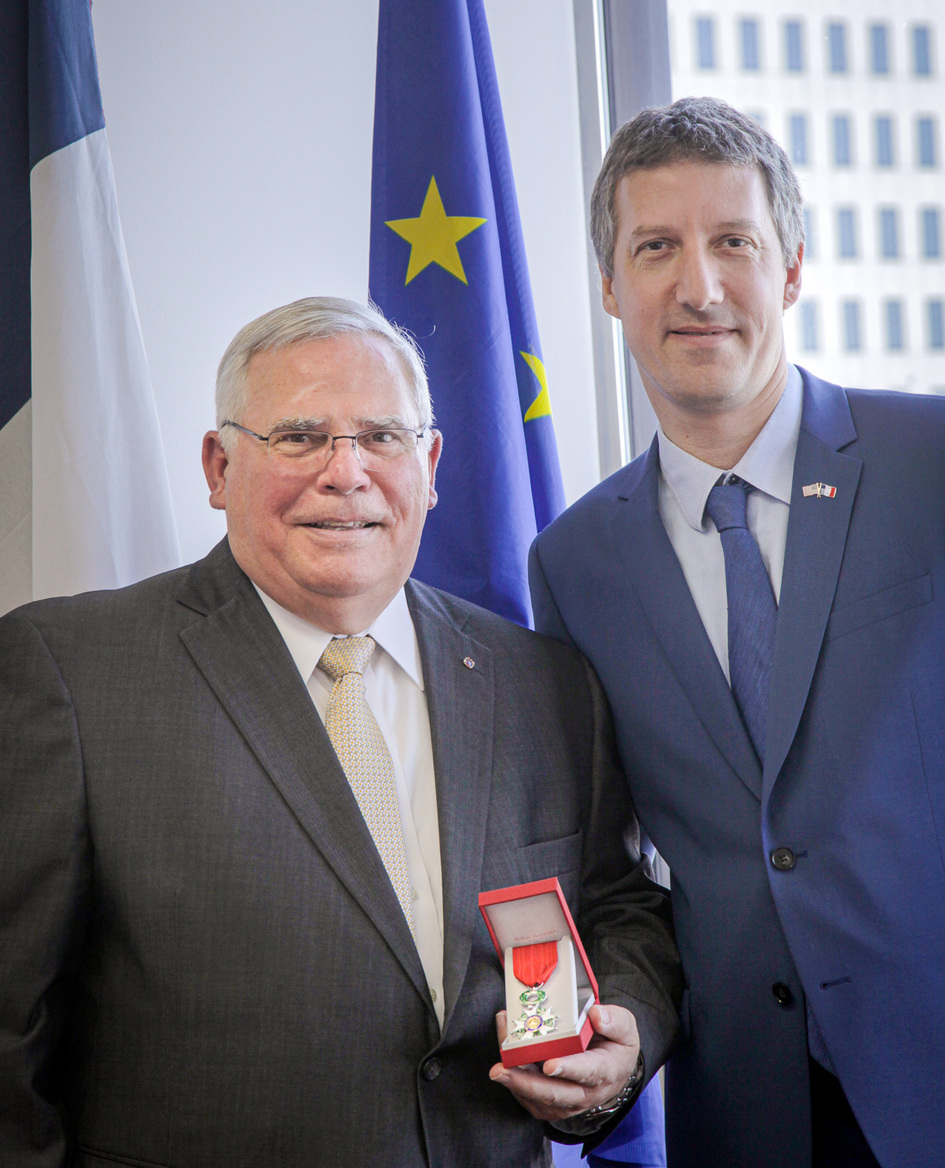 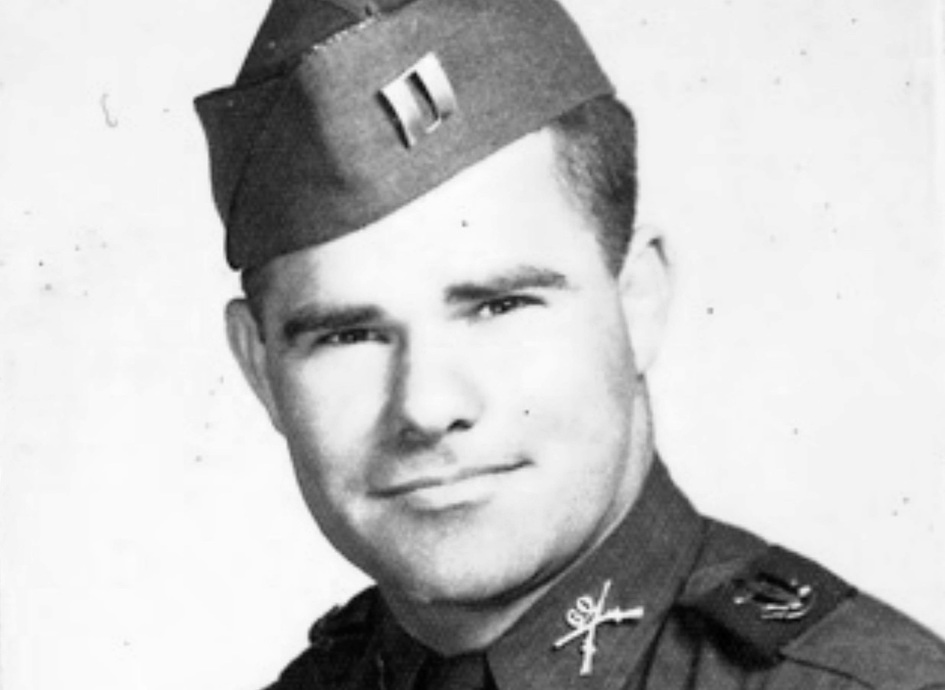 Mr. Harger arrived in Marseille in December 1944 to later reach Haguenau in Alsace where he trained with his brother in arms before protecting the east flank of the Seventh Army along the Rhine River under the designation of Task Force Harris. The 3rd Infantry Division, which Mr. Harger belonged, was attached to the French First Army, commanded by Marechal de Lattre de Tassigny. On December 30th, the regiment was moved to Colmar, where they were engaged in one of the fiercest battles of all the Rhineland Campaign, better known as « The Colmar Pocket ».

After the capture of Strasbourg by the 2nd armored division of General Leclerc, all the attention of the Allies were now on the « Colmar Pocket ». It represented a salient that plunged into the allied lines about 30 km south of Strasbourg to Rosenau, south of Mulhouse, held by the 19th German army. Nearly 50 000 soldiers. 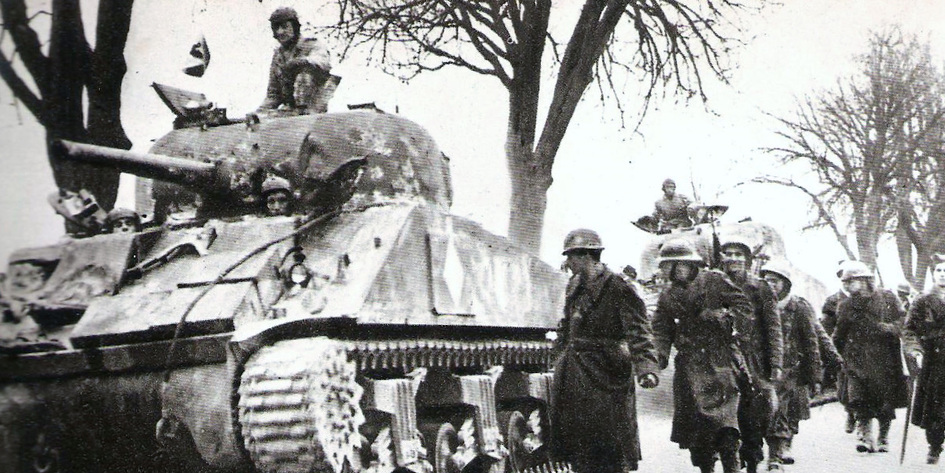 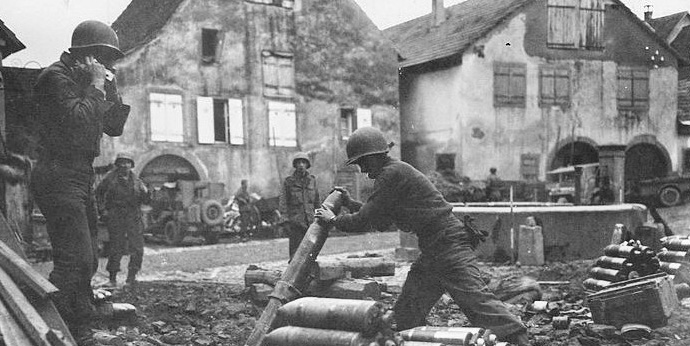 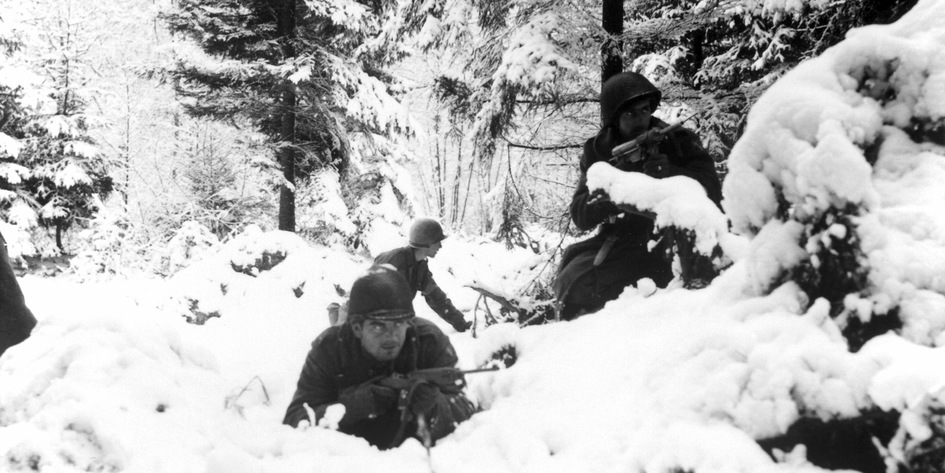 This episode of World War II was particularly remembered for its dreadful weather conditions. The winter of 1944-1945 was unusually cold for northwestern Europe. In his History of the First French Army, General de Lattre described the weather in Alsace as "Siberian", with temperatures up to -4 ° F, strong winds and a snow coat of more than 3 feet thick. The Alsatian plain is extraordinarily flat and offers almost no cover to an assailant, except for some occasional forests. The plain is also a colossal watershed for the Rhine and is therefore cut off by many rivers and drainage canals with landscaped embankments, making it very difficult for them to wade through vehicles. On the other hand, the plain is dotted with small villages consisting of strong houses whose multi-story construction offers the defending troops a perfect vantage point of the battlefield. When the Allied troops attacked, they were thus hampered by very cold weather and strongly exposed to the defensive fire of the Germans well entrenched in the villages.

The French artillery was positioned on the Rhine, a few kilometers from Basel. This one pounded the German positions in Baden, on the east bank of the river. The yards were demolished and rail traffic interrupted with Switzerland. Fires began to spread in the Black Forest. As the ferries on the Rhine had been destroyed, German units trapped on the west bank had to take refuge in Switzerland. On 29 November, General Leclerc’s 2nd DB took Erstein, 15 km southwest of Strasbourg. The positions of the nineteenth German army yielded and the Allies were able to tighten their lines around the Colmar pocket, from Selestat to Thann.

On January 27, units of the 5th French DB and the 3rd American DI invaded Jebsheim, east of Colmar, and reached the Colmar Canal. The 1st corps of General Bethouart penetrated into the pocket from the south and the 2nd corps from General de Montsabert from the north. On February 2, Colmar was liberated. On the 3rd, the German command ordered the evacuation of the pocket. On February 9, 1945, de Lattre sent this communique: "On the 21st day of a bitter battle during which the American and French troops rivaled with ardor, tenacity and sense of maneuver, the enemy was driven out of the plain of Alsace and had to return to the Rhine". 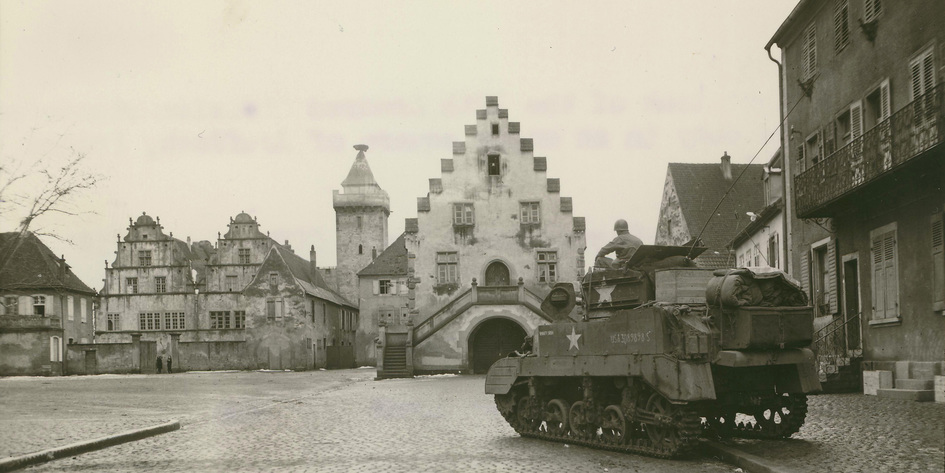 For the fourth time in 75 years, the province of Alsace had changed hands between France and Germany. 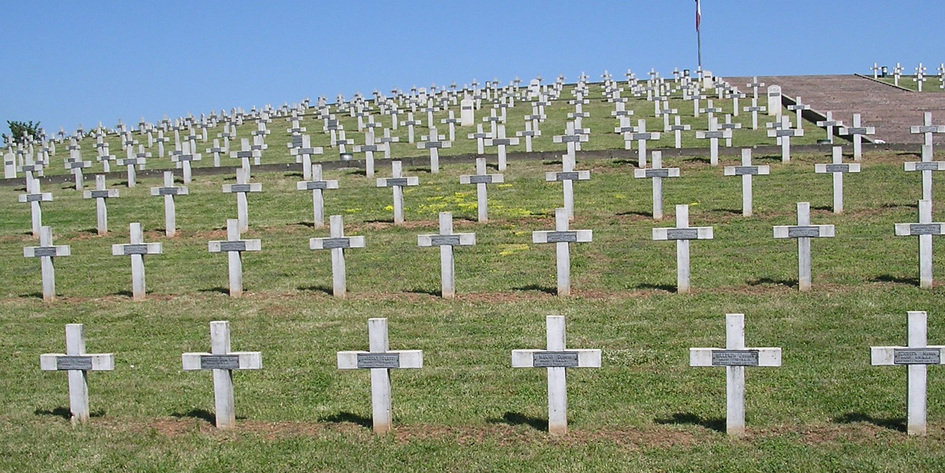