Festival International de Louisiane is a non-profit organization that produces the largest international music and arts festival in the United States, with a special emphasis on the connection between Acadiana and the Francophone world. With over 300,000 festival goers, the annual festival features musical performances by artists from over 20 countries. 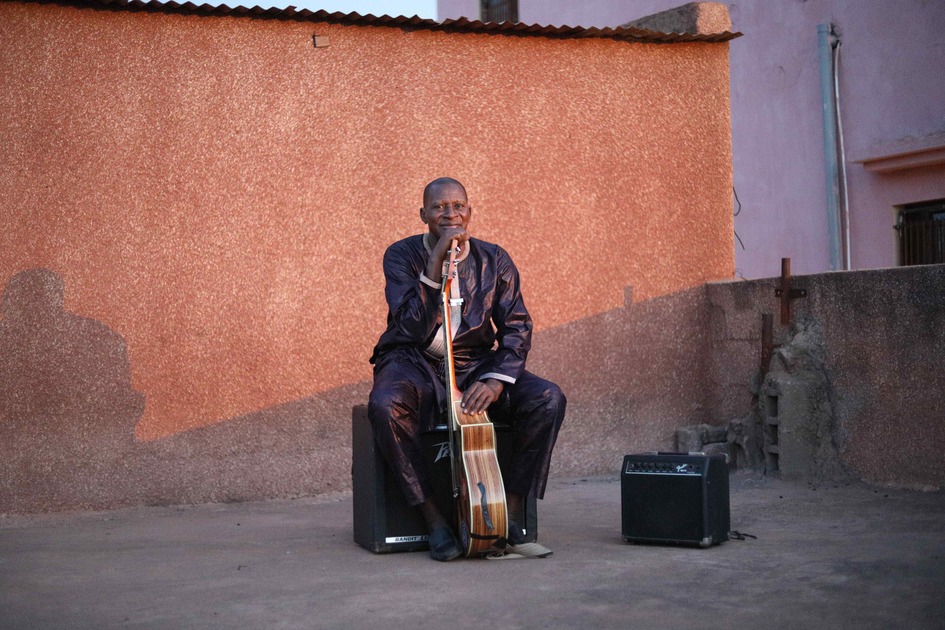 Sidi Touré is a highly acclaimed practitioner of Songhaï Music with two Malian National Arts Awards for best singer. Touré led Gao’s regional orchestra, The Songhaï Stars, prior to going out on his own. In 2011, he released "Sahel Folk" his debut album, touring North America and Europe for the first time. For his fourth release "Toubalbero" (a big traditional drum used to call and gather people in Gao), Touré has created a danceable, dynamic, and joyous album played with some of the most exciting new faces on the Malian music scene. A revered leader who has his feet deep in the Northern Mali music tradition has created an album, despite the region’s significant political challenges, that brims with optimism.

For his first electro-acoustic album Sidi Touré (vocals, guitar and calabash) is joined by bassist Baba Traoré, drummer Mamadou “Mandou” Kone (who also plays with Vieux Farka Touré), electric guitarist Djadjé Traoré, n’goni (traditional Malian guitar) Ousmane “Papou” Dagnon, and vocalist Babou Diallo. This is a reflection of his performance style of the last three years throughout Mali. The music is a celebration driven by the energy and groove of the rhythms. "Toubalbero" is exhilarating trance music overflowing with joy and carried by the beauty of Sidi’s voice. 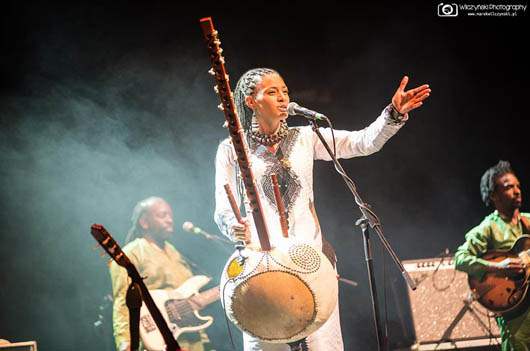 Sona Jobarteh is the first female Kora virtuoso to come from a West African Griot family. Breaking away from tradition, she is a pioneer in an ancient male-dominated hereditary tradition that has been exclusively handed down from father to son for the past seven centuries. Reputed for her skill as an instrumentalist, distinctive voice, infectious melodies and her grace onstage, Sona Jobarteh has rapidly risen to international success following the release of her critically acclaimed album “Fasiya” (Heritage) in 2011.

The Kora (a 21-stringed African harp) is one of the most important instruments belonging to the Manding peoples of West Africa (Gambia, Senegal, Mali, Guinea and Guinea-Bissau). It belongs exclusively to griot families (hereditary musical families), and only those who are born into one of these families have the right to take up the instrument professionally.

In recent years, Sona Jobarteh has quickly been rising to international success, headlining major festivals around the world. Sona and her music has the unique ability to touch audiences from all backgrounds and cultures.

Sona Jobarteh’s debut music video "Gambia" in celebration of the Golden Jubilee of Independence for the Gambia in 2015. 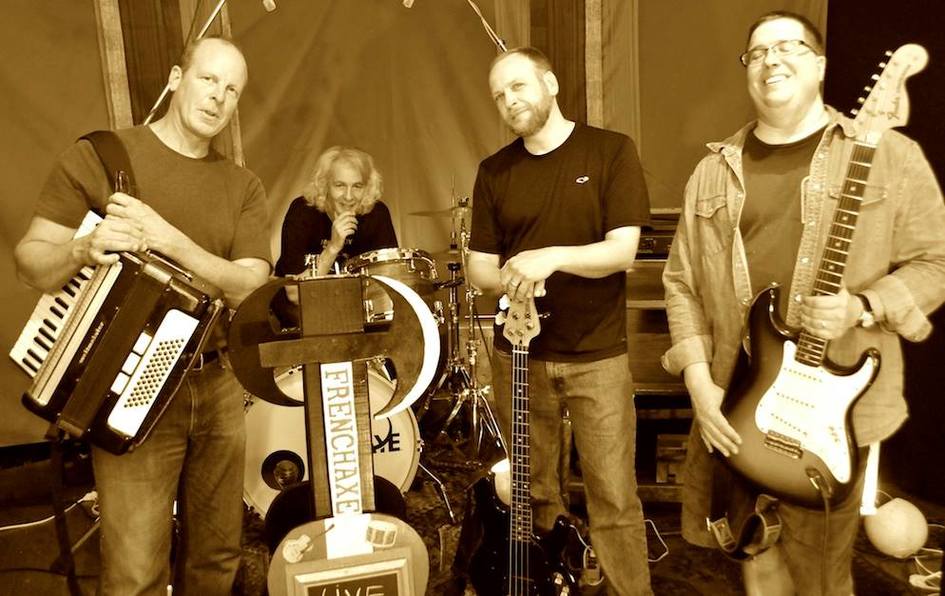 The music of Sylvain Acher, frontman of Frenchaxe, is fresh and attractive. The compositions, all original, draw from many diverse styles. This is kind of “world music”, all tied together by lyrically crafted melodies, choice harmonies and Sylvain’s French vocals. He has been a jazz guitarist and a composer for TV for over 25 years for national and international TV ads, TV series and put together this solid quartet featuring his skillful guitar playing and an in-the-pocket rhythm section of acoustic bass and hand percussion. 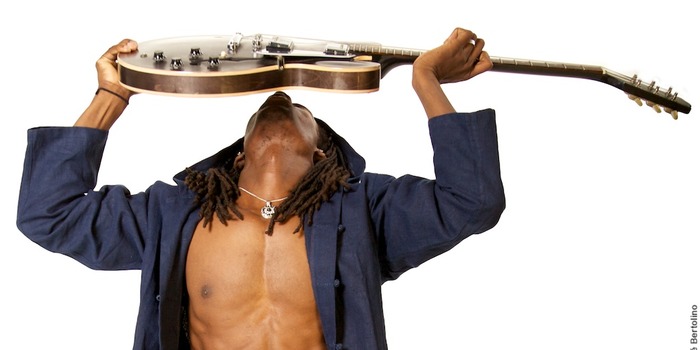 Wesliis a born troubadour and committed artist whose groove machine fuses afrobeat, reggae and Haitian rara into an energetic and irresistible performance. The multi-instrumentalist and producer-songwriter testifies on behalf of this people in a festive, original and enthralling musical universe, conquering hearts and minds. 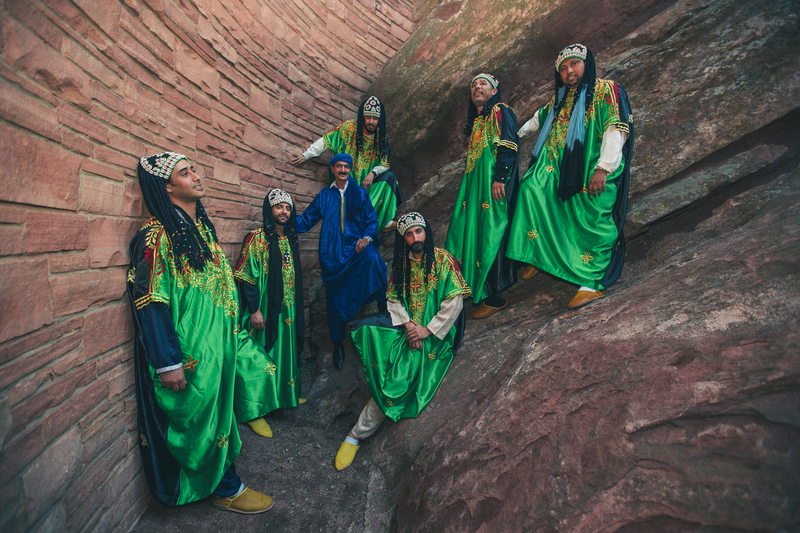 Innov Gnawa is a young musical collective dedicated to exploring Morocco’s venerable gnawa music tradition in the heart of New York City. Formed in the summer of 2014 by Moroccan expat Samir LanGus, the group draws on the considerable talents and expertise of Hassan Ben Jaafer, a Maâlem or master gnawa musician, originally from Fes, Morocco. Under the guidance of Ben Jaafer, Innov has delved deep into the roots and rituals of gnawa music, and made a big splash in United-States. 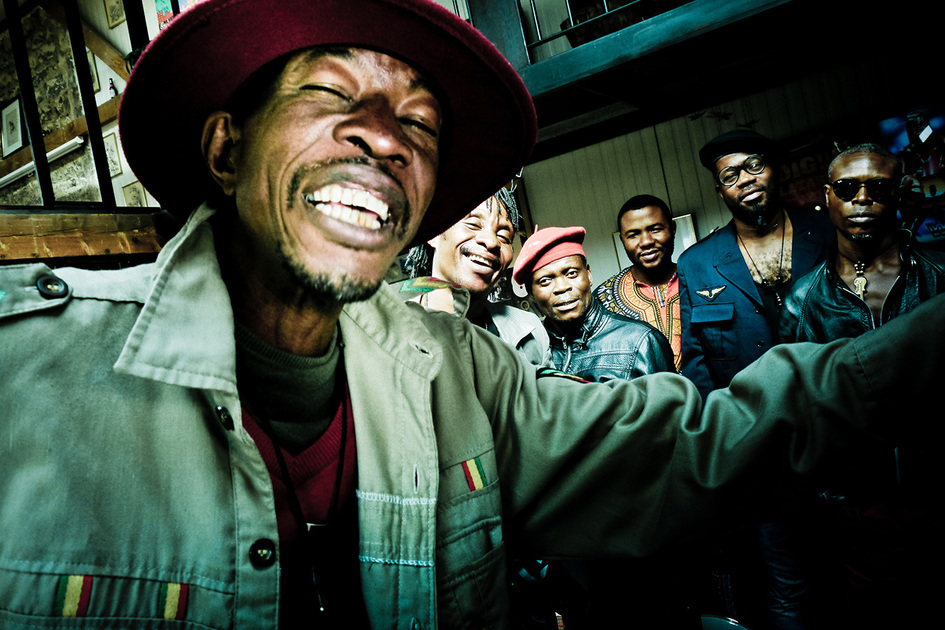 Jupiter Bokondji is a musician from Kinshasa, Congo. He and his band, Okwess International, released their first album "Hotel Univers" in May 2013. The band was created in 1990, and they toured the African continent. However, at the same time that their popularity grew, a civil war broke out in the Congo. Some band members fled to Europe to escape violence, but Jupiter stayed in Kinshasa. As the war died down, his popularity grew again, and in 2006 he was featured in the documentary Jupiter’s Dance. This led to more connections in the international music industry.

Jupiter’s sound is a unique combination of afropop, traditional Congolese rhythms, funk, and rock music. He calls this distinct sound "Bofenia Rock". His lyrics often carry political or social messages, including criticisms of the DRC government as well as positive encouragement for Africans. 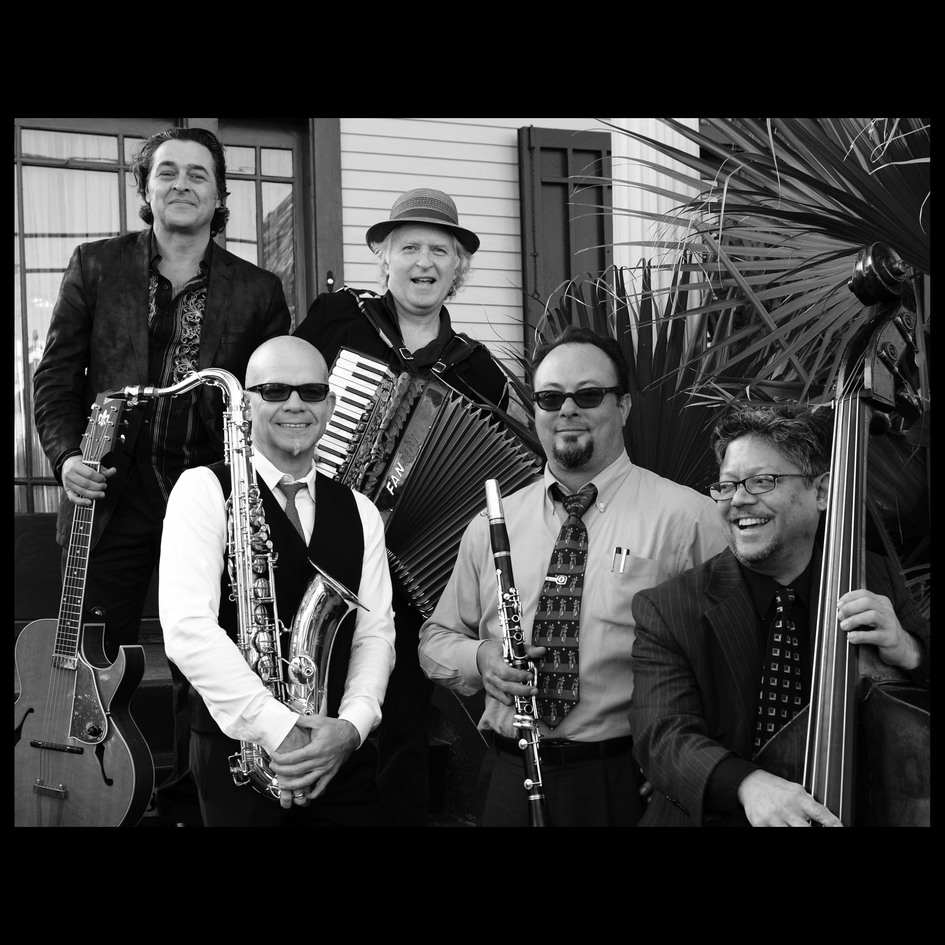 Their music is loaded with charisma, world class musicianship and a good dose of humor. The band delivers a unique sound orchestrated with jazz guitar, diatonic harmonica, singing, whistling, and lip trumpeting, accordion, piano, clarinet and stand up bass.