On May 9th, Ms. Clare Peterson was awarded the Palmes académiques at the rank of Chevalier by the Consul General of France during a moving ceremony at Westdtale Middle School. 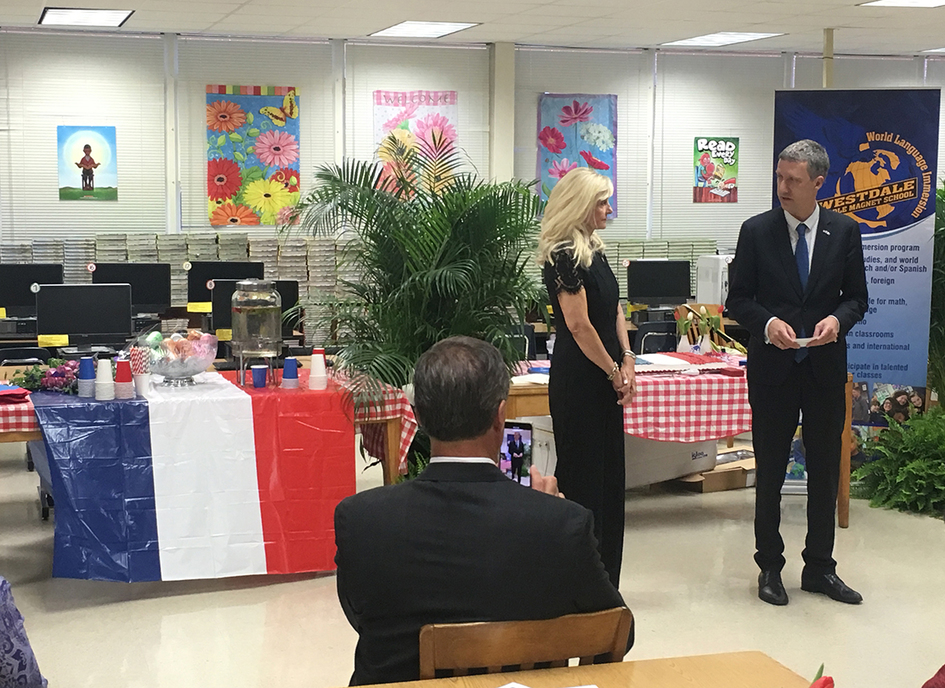 This distinction honors Ms. Peterson’s commitment to French immersion and her close ties with France. As the former Westdale Immersion Program coordinator, recognized by many national awards, Clare Peterson has brought her experience and her passion for languages to a program that has shown excellence, with a 100% success rate at DELF. 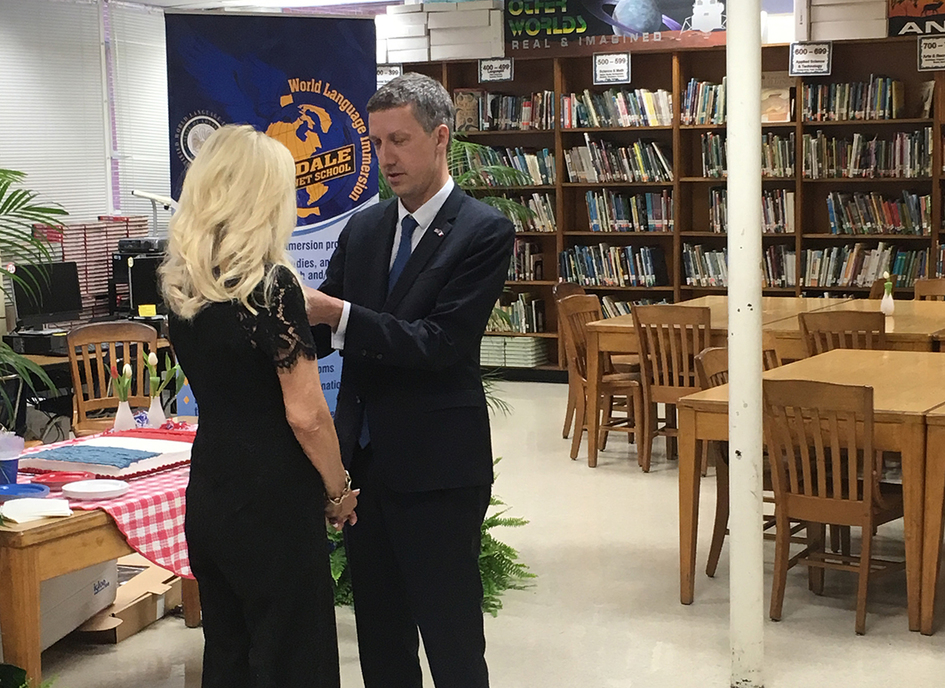 With the goal of doubling the immersion students in Westdale within three years, the ambition is stronger than ever. 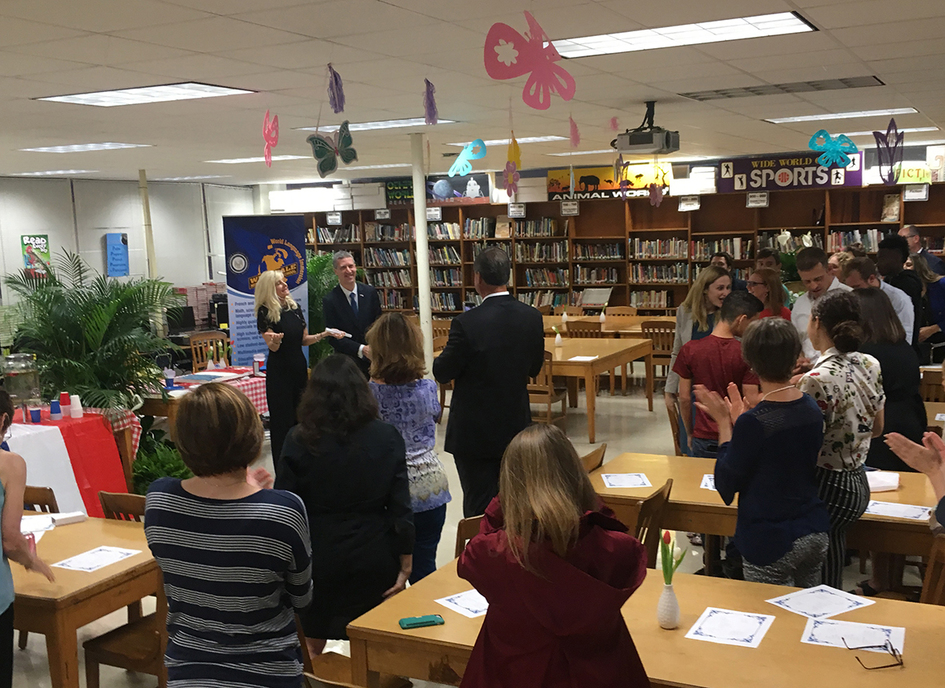