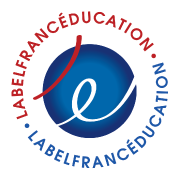 The award, LabelFrancÉducation, is a seal of quality awarded by the French Ministry of Foreign Affairs to schools providing outstanding bilingual education in French as part of their curriculum.

An official awards and diploma ceremony will be held on Tuesday, November 15 in the auditorium of Baton Rouge Magnet High School (2825 Government St, Baton Rouge) from 5:30pm to 6:30pm. The ceremony will honor these two distinguished schools, as well as students of East Baton Rouge Parish who have successfully passed the DELF exam for the 2016 season.

The event will take place in the presence of the entire community of immersion schools in Baton Rouge, the Consul General of France in Louisiana, Mr. Grégor Trumel, and the Superintendent of East Baton Rouge, Mr. Warren Drake. The press is cordially invited.

“This award is a great accomplishment for FLAIM and Westdale Middle School, who have worked hard”, said Consul General of France Grégor Trumel. “It is also an achievement for the state. Louisiana is a leader in French education in the USA. This is a real asset for schools and students, and business attractivity!”

"Our World Language Immersion Program is an integral part of our diverse school community. We are so proud of our teachers and students for their achievements including the earning the LabelFrancÉducation seal,” said Jeremy P. Couvillion, Principal of Westdale Middle School, “We are proud to represent East Baton Rouge Parish Schools and the State of Louisiana as a promoter of the French Language to the world."

Recipients of the award join a growing network of outstanding local education institutions worldwide. They are also granted special access to services that enhance the quality of teaching, including training sessions for teachers, the possibility of financial support for innovative teaching projects, seminars for school directors, and online cultural resources.

Launched in 2012, the LabelFrancÉducation seal is granted to public and private schools promoting French language and culture as part of their specific curriculum.

About the Consulate General of France in Louisiana

The Consulate General of France in Louisiana was founded in 1803, following the sale of the Louisiana territory to the United States by Napoleon Bonaparte. It is the oldest French consulate in the United States. The Consulate’s principal missions include: consular assistance to the French community in Louisiana; support of French language educational programs; development of French cultural initiatives; facilitation of economic exchange between France and Louisiana. The Consul General of France in Louisiana, Mr. Grégor Trumel, is the Consulate’s chief of mission.