This carnival parade group from Martinique will host mask-making workshops and participate in Mardi Gras parades across Louisiana this season. 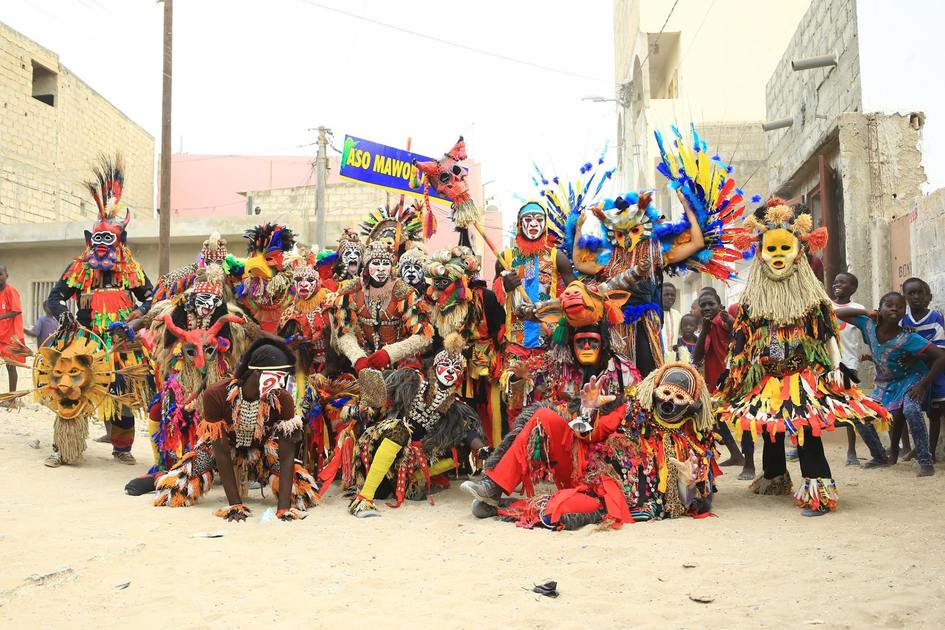 Created in 2013, Aso Mawon Matnik is the street performance group tied to the cultural association "House of Leopold" based in Schoelcher, Martinique.

Their goal is to participate in the enhancement and propagation of the cultural influences of Martinique inside and outside the territory.

Usually, Aso Mawon Matnik participates in the Carnival of Martinique, with each member making their own mask and costume during workshops coordinated by the President of the House of Leopold, who is a mask artist and metalworking modeler.

This year, however, they will be in Louisiana throughout the 2019 Mardi Gras season running mask-making workshops, in French and in English, and participating in local parades.

You can catch them in New Orleans during the Muses parade on Thursday, February 28th, parading with the French Brass Band Bakchich, who have traveled from Montpellier, France to Louisiana for the first time this year.

Additionally, they will participate in Courir du Tèche parade in Léonville on Saturday, March 2nd and in the Courir de Mardi Gras in Eunice on Tuesday, March 5th.