Consul General Vincent Sciama made a special visit to the Southwest Louisiana Veterans Home in Jennings, LA on Thursday, May 31 2018 to present Mr. Broussard with the Legion of Honor. 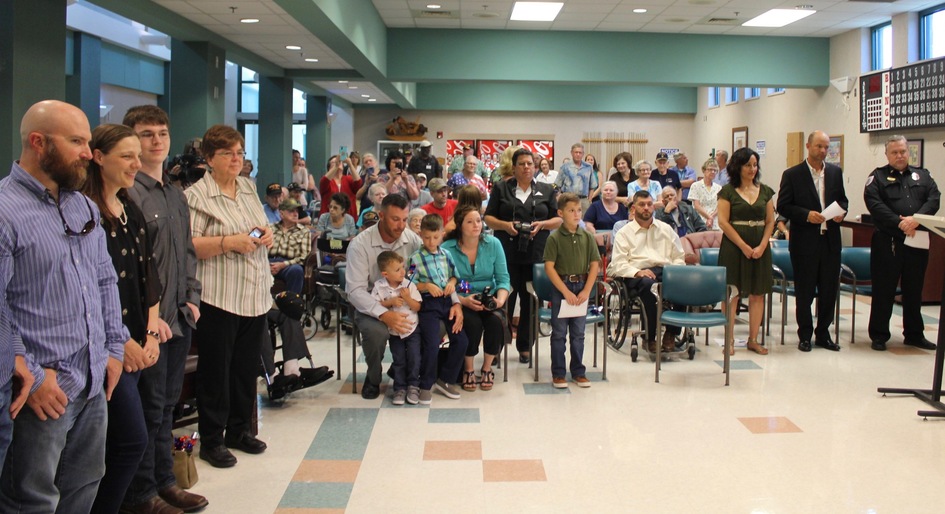 As a rifleman under the Company G-415th of the Infantry Regiment, Mr. Broussard arrived in England in September 1944 and immediately took part in many important battles in Northern France, the Rhineland, and Central Europe. He was wounded in France on November 20, 1944. After a brief recovery, he continued to fight for the freedom of Europe until the final victory in November 1945.

For his acts of bravery, he was warded the American Campaign Medal, the European-African-Middle-Eastern Theater Medal, the Good Conduct Medal, the Purple Heart Medal, and the WWII Victory Medal. Now, he has also been awarded France’s highest medal and one of the world’s most widely recognized decorations, the Legion of Honor.

The Order of the Legion of Honor was established by Napoleon Bonaparte in 1802. As a living, popular, and contemporary institution, it embodies the strong values tied to the history of France.

France’s highest authorities have decided to honor American veterans who fought in WWII on French soil and contributed to the liberation of France, expressing their eternal gratitude for their courage, honor, and sense of duty.

"The French people will never forget what American soldiers have done to help restore our freedom".

The ceremony took place at the Southwest Louisiana Veterans Home in Jennings, LA in the presence of dozens of family, friends, staff, and fellow veterans. Mr. Broussard was visibly moved by the ceremony and was able to exchange with Mr. Sciama in Cajun French. Faye Adams, Mr. Broussard’s daughter, was at her fathers’ side for the duration of the event. She stated that France holds a special place in his heart, and expressed her sincere appreciation for the Consulate’s recognition. 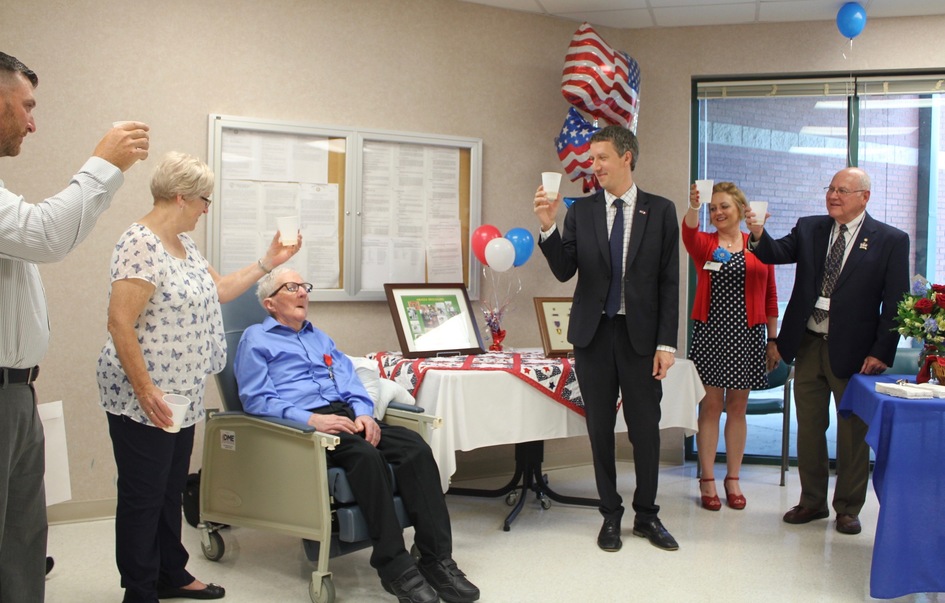 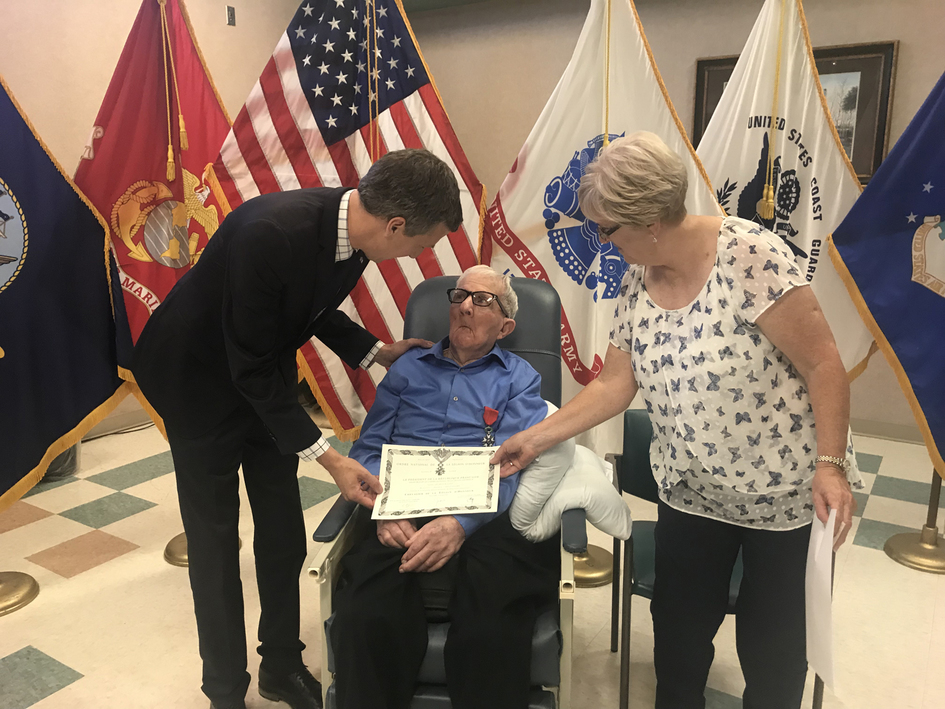