For the fifth edition of our 2406 Prytania Dialogues speaker series, the Consulate General of France in Louisiana, in partnership with the Press Club of New Orleans is pleased to welcome three leading voices to discuss criminal justice in Louisiana. 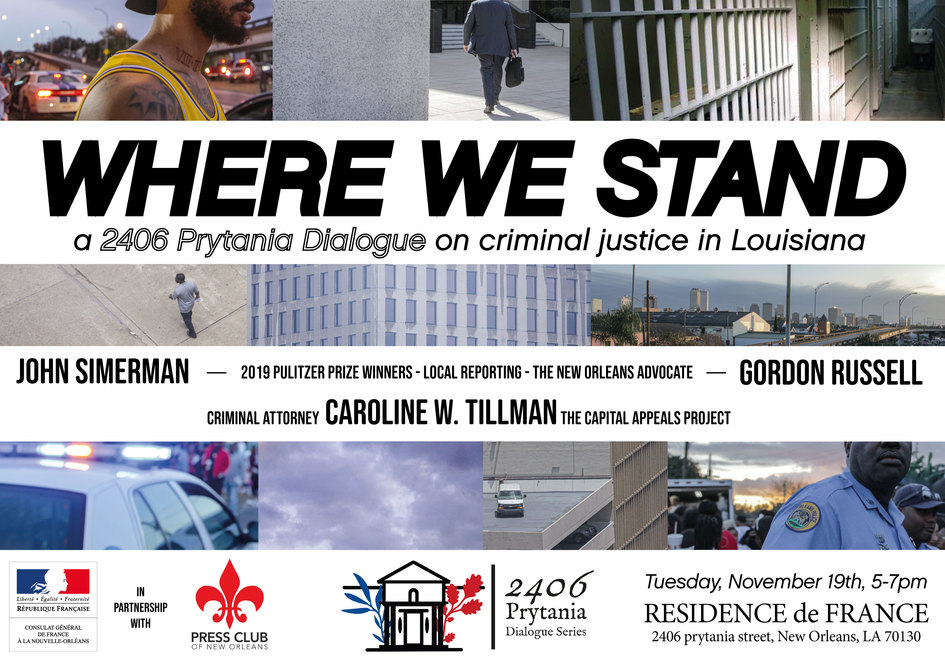 In terms of criminal justice, Louisiana always had the reputation of being one of the most repressive states in the country.

Nevertheless, recently the state has made some improvements by repealing a particularly discriminatory law that enabled Louisiana courts to send defendants to jail without jury consensus on the accused’s guilt.

It also cut its jail population in half.

But African-Americans are still overrepresented in prison, the incarceration rate is still one of the highest in the country as well as the murder rate in New Orleans.

So now, where do we stand on mass incarceration, laws, death penalty?

How does that criminal justice system impact the lives of the people of Louisiana, especially the poorest ones?